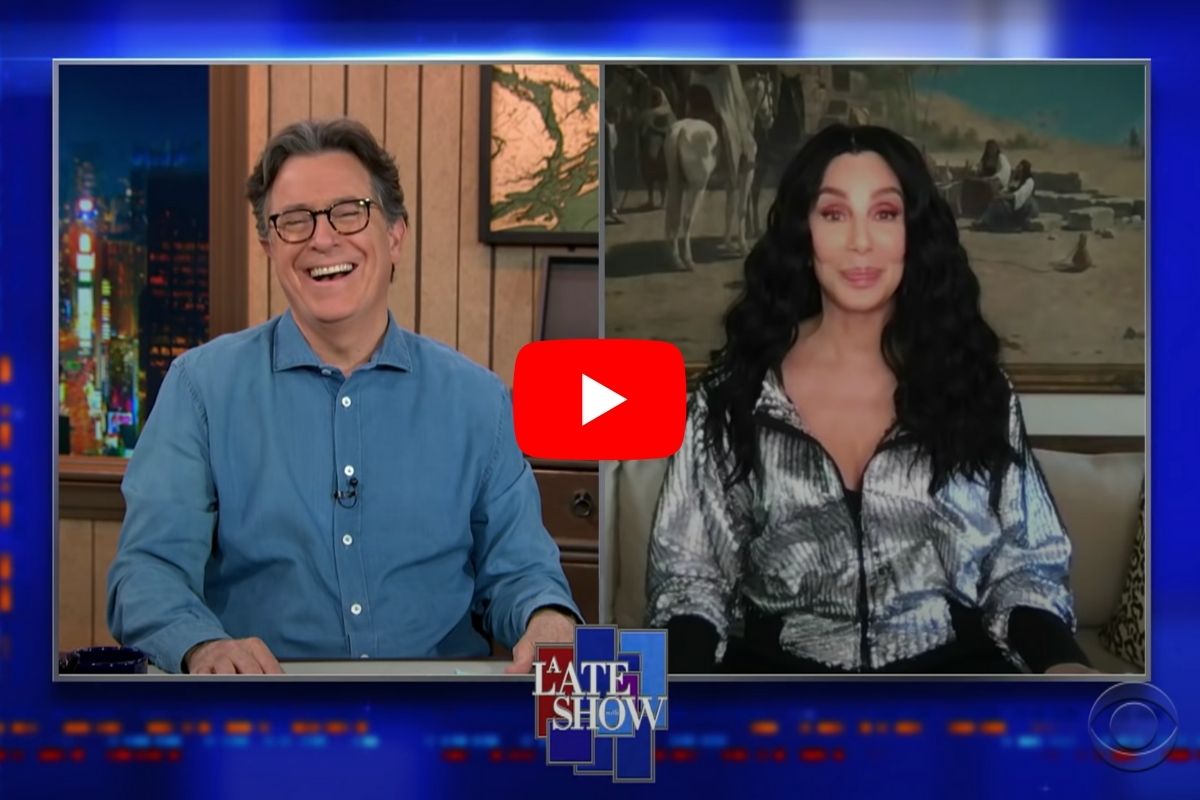 Cher joined Stephen Colbert on The Late Show last week and, as always, had some unbelievable stories to share. This time, Cher reminisced on singing back-up for Phil Spector… and recalled sneaking the infamous record producer onto an airplane while he was passed out on drugs. Now that’s a 60’s throwback.

The Start of Cher’s Career

Cher and Sonny became friends, then lovers, during the early 1960s. Cherilyn Sarkisian was only 16-years-old when she left home to become a performer in Los Angeles and she met Sonny Bono not long after. The older man was a somewhat established songwriter who worked for the (now infamous) pop record producer Phil Spector. Spector, a.k.a. the “Tycoon of Teen,” threw Cher into the back of a few classic tracks, including “Be My Baby” and “You’ve Lost That Loving Feeling.”

Instantly recognizing Cher?s unique talent, Sonny wanted to represent her solo career. But suffering from severe stage fright, Cher preferred when Sonny got on stage with her to sing harmonies. This is also why Cher, so often, performed while looking into Sonny?s eyes. The pair marketed themselves as Caesar and Cleo, but didn?t find much success. In 1965, they rebranded as Sonny and Cher and released their legendary duet: “I Got You, Babe.” The rest is, quite literally, Hollywood history.

Learn more about their relationship, their TV show, and The Cher Show here.

“Sonny said you can sing.”

Essentially, a teenaged Cher Weekend and Bernie-d Phil Spector onto an airplane. Speaking to Stephen Colbert, the 74-year-old singer remembered that Spector had taken so many drugs — he was supposedly scared to fly — that he couldn’t move and was stuck inside the airport. Someone called Sonny, who then sent Cher to handle the messy situation. And Cher did what just about any resourceful 16-year-old would do for their f*cked up friend: throw some sunglasses on and push him along to the next move: in this case, an airplane. But as we all know, you cannot get away with stuff like that in the airport anymore.

And though Spector might have made it on the plane that day, his ultimate ending was quite grim. In 2003, the former music icon murdered actress Lana Clarkson and remained in prison until his death in 2021.

Changing the topic from Spector, Cher tells Colbert all about her upcoming Paramount+ documentary Cher & the Loneliest Elephant, which has been trending online. The adorable production marks the Oscar-winning actress’ first on-screen project since Mamma Mia 2! And you can tell Colbert is excited. The greatest part about this late-night interview is the host’s authentic reactions. You can tell he’s a true Cher fan. (Me too, Stephen. Me too.) Let’s hope she and Colbert reunite again on CBS sometime soon. For now, you can check out the rest of their interview below!

Cher has always been political.

“Song For the Lonely”

And in honor of that lonely elephant, here’s one of our favorite Cher songs. A perfect addition to any pump-up playlist.