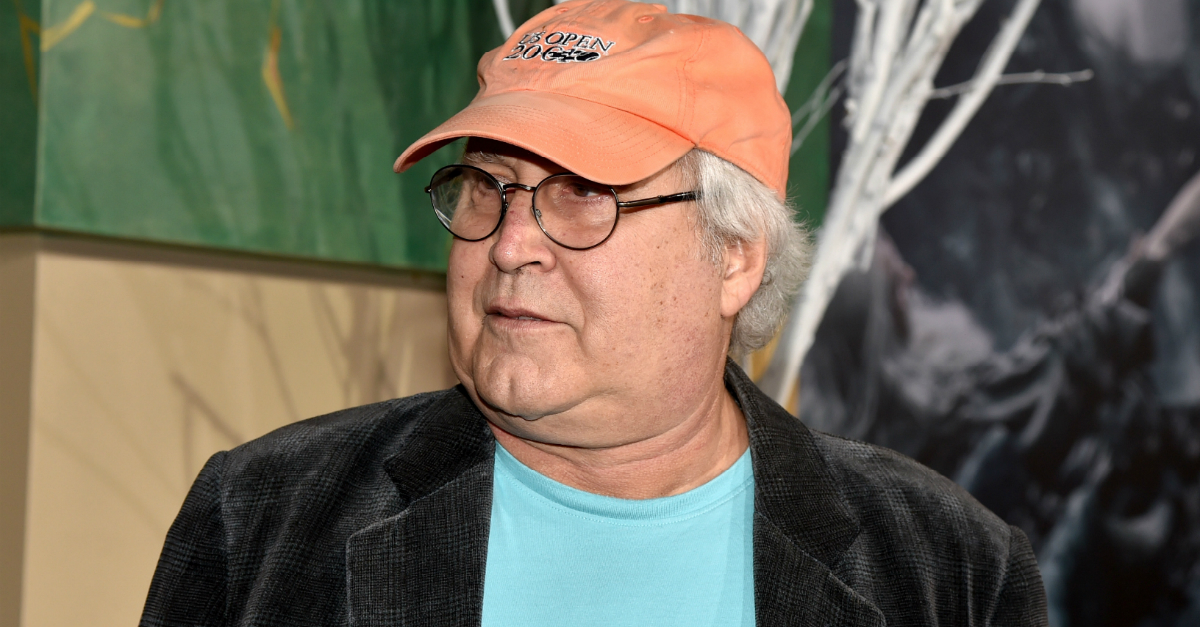 Legendary comedy actor Chevy Chase was reportedly kicked by a youngster during a road rage altercation.

Which means Clark Griswold landed himself in trouble — again.

The “National Lampoon” actor asserts that he was driving over the Westchester span on Feb. 9 when he was cut off by a pick-up truck, TMZ reports.

Chase told police he thought the rival vehicle had made contact with his car, so he flashed his lights and followed it until its driver pulled over, according to the police report cited by TMZ.

The 74-year-old jokester realized that neither vehicle was damaged but approached the driver anyway “to speak to him about his reckless driving.” But he said one of the pick-up truck driver’s passengers then flipped him the bird.

“If I were a lot younger, I’d bust your nose,” the former “Saturday Night Live” star told the passenger. And then he got kicked in the shoulder, according to the police report.

The alleged attacker — a 22-year-old man — was slapped with a count of second-degree harassment with physical contact, according to state police. According to the report, the man said Chase wound up to throw a punch, to which the man responded with his foot.

Still, it could’ve been worse:

The comedian checked in to the Hazelden Addiction Treatment Center in Minnesota back in 2016, TMZ reported. The facility is also where Robin Williams received care in 2014.

A rep for the actor told the Los Angeles-based tabloid that Chase was in for a “tune up” in his recovery from alcohol problems and to work on becoming “the best that he can be.”

In 1986, the then-43-year-old checked himself in to the Betty Ford Center for a prescription drug addiction.

Chase has had a storied career in television and film. The star exploded onto the scene during the first season of “Saturday Night Live,” in which he garnered laughs while anchoring the “Weekend Update” desk. And from there, it was all uphill.

He starred in “Caddyshack” in 1980 and “National Lampoon Vacation” in ’83. Then there was “Spies Like Us” in ’85. But two of his greatest films, “Fletch” and “Fletch Lives” are hardly talked about. You’ll rarely see the two films on television, but they’re widely appreciated.

In this clip, Fletch (the investigative reporter) pretends to be a business leader so that he can learn some information about the house he’s just bought.