China has banned Katy Perry from the Victoria’s Secret Fashion Show, and the reason is surprising 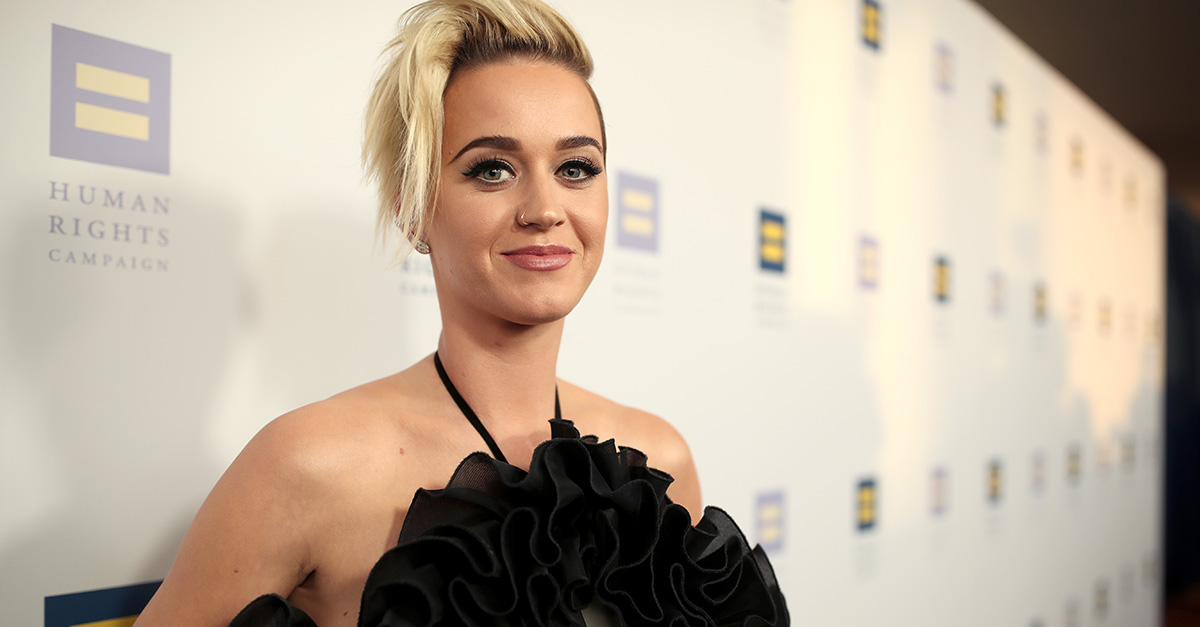 The Victoria’s Secret Fashion Show is crumbling faster than the Great Wall of China.

The Shanghai-based show is set to air on CBS on Nov. 28, but a slew of high profile faces — including pop singer Katy Perry — won’t be present.

According to Page Six, an insider disclosed that Perry — who was slated to perform and booked well in advance — had attempted to apply for a Chinese visa but was denied.

The “Chained to the Rhythm” songstress was originally approved to enter the Communist nation, but the decision was reversed after officials rediscovered a controversial incident from a few years back. In 2015, Perry had performed in the Taiwanese capital of Taipei wearing a glittery, sunflower patterned dress. Sunflowers were apparently the adopted symbol for Taiwanese anti-China protesters, and at the time, caused international outrage in the communist nation. (China and Taiwan have been embattled in a longstanding conflict.)

The fact that she also waved a Taiwanese flag during her performance to show support for the country apparently didn’t help matters.

According to a Page Six source, Chinese officials are known to comb the internet for controversial news, which is how the issue resurfaced.

?She was initially granted a visa to perform at the VS show in Shanghai, then Chinese officials changed their minds and yanked her visa,? they explained. ?For every artist who wants to perform in China, officials comb through their social-media and press reports to see if they have done anything deemed to be offensive to the country. Maroon 5 was banned a few years ago because one band member wished the Dalai Lama happy birthday on Twitter.?

Gigi Hadid also suddenly dropped out of walking in the show, after confirming her booking in August. She tweeted, in part, “I’m so bummed I won’t be able to make it to China this year. Love my VS family, and will be with all my girls in spirit!” Her announcement came on the heels of the revelations that four models from Ukraine and Russia — Julia Belyakova, Kate Grigorieva, Dasha Khlystun and Irina Sharipova — had also been denied visas. According to Page Six, supermodel Adriana Lima’s visa has also been held up due to a “diplomatic problem.”

I’m so bummed I won’t be able to make it to China this year. Love my VS family, and will be with all my girls in spirit!! Can't wait to tune in with everyone to see the beautiful show I know it will be, and already can't wait for next year! 🙂 x

If Katy Perry’s controversial dress is any indication, Hadid’s own past controversy came back to bite her. Earlier this year, she came under fire for  “racism” after her fellow model and sister Bella, shared a since-deleted video of her laughing and squinting her eyes while holding a cookie featuring the face of a samurai.

Insiders with the show say the Chinese government is firmly to blame for turning the show into an international media disaster and coordinators are “on the verge of nervous breakdowns.” In addition to people not being allowed in the country, producers are being denied access to shoot anywhere outside of the Mercedes-Benz Studio, where the show is being filmed.

RELATED: Katy Perry crashed this couple?s wedding and turned it into the most epic dance party

?If you?re going to China, you want to show that you are in China!” an insider griped to Page Six.

?It?s just a nightmare for all the media trying to cover [the show],? said another source. ?These TV companies are spending a fortune on it, and they don?t even know what they can shoot when they get there.?

Unfortunately for all the “Katy Kats” out there, they’re going to have to find somewhere else to see their queen. Harry Styles is set to replace the singer along with a rumored performance from resident Victoria’s Secret pal, Taylor Swift.