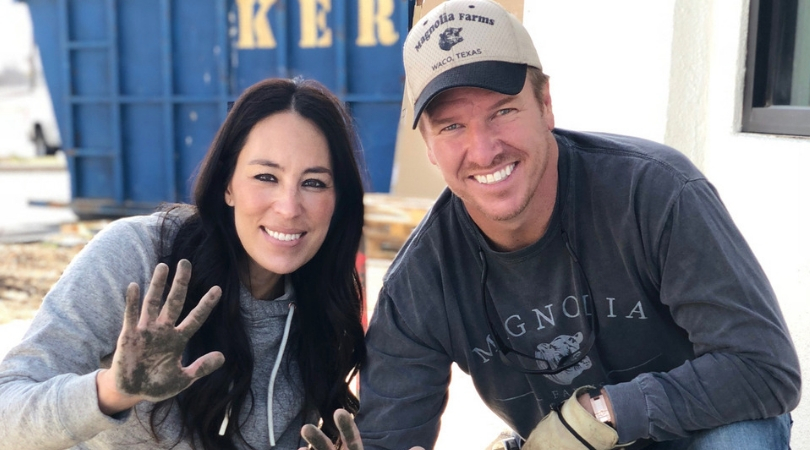 It looks like our favorite HGTV couple is back, and are getting ready to return to the small screen! During an appearance on The Tonight Show Starring Jimmy Fallon, the Fixer Upper stars announced they will return to TV, but with a special surprise! The duo is partnering with HGTV parent Discovery, and getting their own new network! Fixer Upper all day, every day? Yes, please!

The couple signed a non-disclosure deal, saying they still couldn’t release any details, but what we do know is that the network will follow the whole Gaines family (including their adorable newborn baby, Crew), and their daily lives. Magnolia spokesman, John, Marsicano, confirmed the news, saying they are excited to share they were in the early stages with Discover about a lifestyle network for Magnolia.

The details still remain under wraps, but the network is said to show a different kind of platform and putting a “family-friend” content behind the name. This next venture is certainly good news for fans all over the United States because let’s face it, who doesn’t love them? The new channel is expected to start in the next 12 to 18 months and will be called Magnolia Network, named for Chip and Joanna’s design and decor company. The channel is expected to replace an existing undermining Discovery network.

Chip spoke about their partnership with the network, stating,

“We signed a non-disclosure and it said, quote unquote, you can tell your mother, but that’s it. So mom, I just wanted to make a quick announcement, we are coming back to television. You are going to get to see the kids grow up, you are going to see us, well maybe a six-month delay like the rest of the world, but we are excited to be back.”

The new networks will be another venture of the couples huge list of successful businesses, including their lifestyle magazine, The Magnolia Journal, their product line at Target, and the new Magnolia Table restaurant. Safe to say we didn’t see this news coming but with more than a dozen other projects ranging from memoirs to cookbooks and lifestyle books, we knew the couple wasn’t finished quite yet.

Well that was a blast!! Watch us tonight on @fallontonight at 10:35pm CST!

The last time Chip and Joanna graced our screen was after they announced they would end their hit HGTV series, in September 2017 to focus on family and the business. The show aired its final episode in April 2018. And in case you were wondering if it indeed is going to happen (because I know I was), Discovery confirmed the news releasing a statement about the couple,

“Discovery is thrilled to confirm that we are in exclusive talks with Chip and Joanna Gaines. The Gaines’s are exceptional people, true authentic storytellers, and creative visionaries who will nourish millions of people with quality, family-friendly programming accessible on a 24/7 network and across all screens.”

This isn’t the first time the network partners up with a public figure. Discovery also partnered with Oprah Winfrey on a TV network, which began a joint venture, but is now 70% owned by the company. It’s good to have you back, Chip and Jo! We missed you!