Chip and Joanna Gaines Are Launching Their Own Cable Network in 2020! 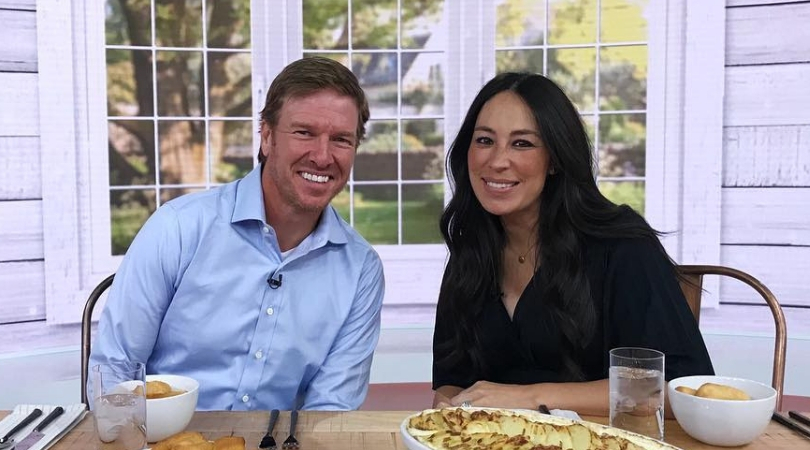 It’s official, our favorite power couple is back and better than ever. The DIY Network is getting a makeover from Chip and Joanna Gaines, and we have never been more excited to stay at home and watch TV. Discovery announced the couple, who is known for their home makeovers on HGTV series, will soon be getting their own cable TV channel as part of their new multi-platform immediate launch company, which is led by the Gaines’.

The new TV network, which has yet to be named, will make its big debut in Summer 2020 and take over the space that is currently being occupied by the DIY Network. The network is said to reach 52 million US homes, which is pretty impressive if you ask me. The channel also announced there will be a new subscription streaming service in the works.

Ummm @chipgaines may or may not have gotten a little ahead of himself and let the cat out of the bag about something big 🤭… watch on @fallontonight at 10:35 CST! 📷: Andrew Lipovsky/NBC

Through a joint statement, the Gaines’ that said their intentions with the network was to create and curate content that inspires, encourages, and helps build bridges through the communities. The couple stated they want an honest authentic program that brings all families together, so yes, expect that family-friendly content. To make sure things are kept the way they want them to, the Fixer-Upper stars will serve as Chief Creative Officers and Allison Page, who is the current HGTV president, will serve as president of their new joint venture.

Unfortunately, we still don’t know much about the new show, just that is that it is currently in development. Discovery Inc. said topics will include community wellness, food, garden, design, and entrepreneurialism. Good news for us, the entire library ofFixer-Upper will be featured on the channel which sounds really great if you’re a die-hard fan like I am.

15 years ago… Happy Anniversary Magnolia! A few things I want to call out from these photos: Red lipstick. The vase on the counter- I remember I stenciled the words "imagine" and "dream" on these glass jugs I we bought for a buck each at a garage sale. They were my best seller that season. 😂 The sign on the building was what @chipgaines surprised me with when we found out we couldn't afford a real sign. He always saves the day. This was also the year that the phrase "Live Laugh & Love" was at its peak in popularity. And my biggest regret was selling that large antique counter in photo #3. I still think about that thing. I have zero regrets though about stepping out and just going for it- this shop, this business, it has our hearts. We are so thankful and this is why we SILOBRATE! Thank you to everyone who has supported us over the years, we wouldn't be here without you❤️#silobration @magnolia

In case you don’t know who Chip and Joanna Gaines are, there are highly famous for the Home Renovation and makeover series which premiered back in 2013. It was the highest rating series on the network during its run. Unfortunately, the couple announced their final series was going to be in 2017.

But, that didn’t stop the couple there, since the Gaines’ went on to venture to several successful businesses including their lifestyle magazine, their product line at Target, The Magnolia journal, and the Magnolia Table restaurant. So yeah, a new Television network, why not? Easy as pie.

Please hurry up Chip and Jo, we miss you terribly!