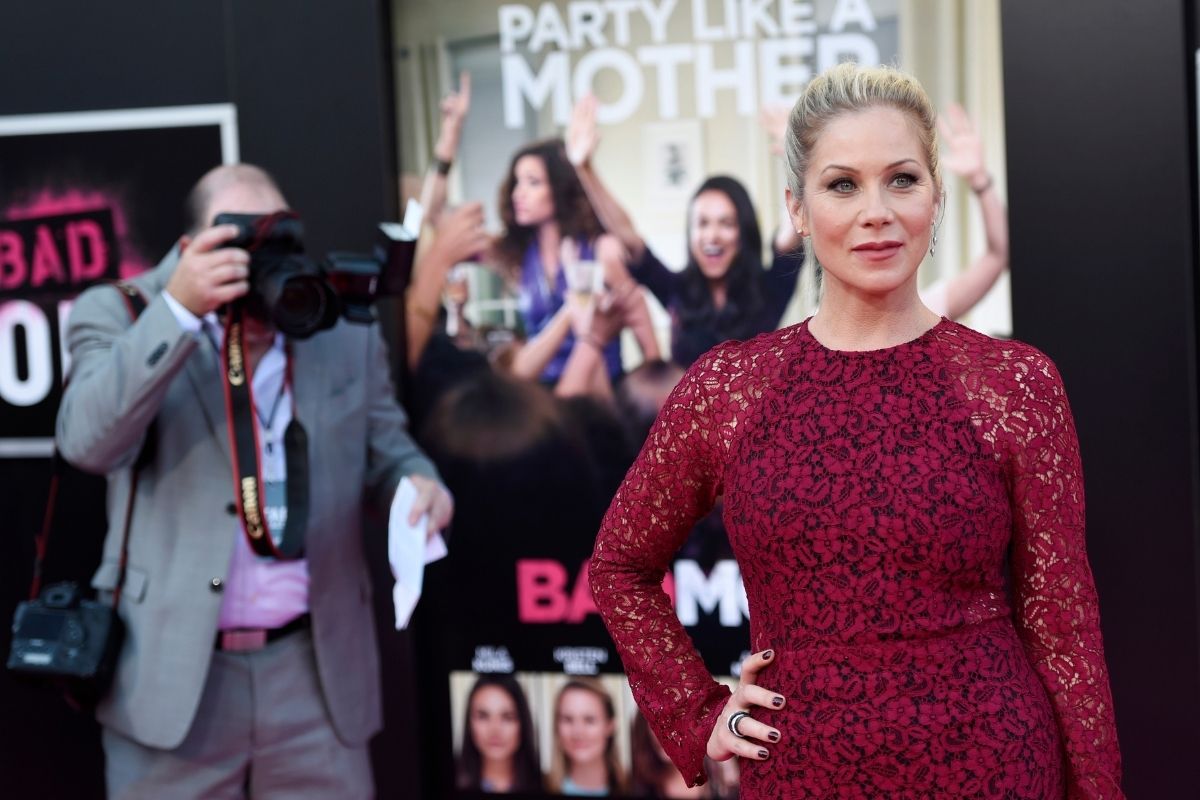 Christina Applegate has been a Hollywood golden girl since childhood. The sunny blonde first appeared on Married… with Children in 1987 as Kelly Bundy, the promiscuous teenage daughter of ultimate TV dad Ed O’Neill. And while we’ve seen Applegate alongside so many sitcom relatives over the years, read on to learn more about the real-life family of this beloved TV star.

Christina Applegate made her acting debut on the FOX sitcom Married… with Children which ran for ten years! During that time, Applegate also starred in the underrated 1991 gem, Don’t Tell Mom the Babysitter’s Dead. Following Married… with Children, Applegate earned the lead role in her own show on NBC, Jesse, which followed the misadventures of a single mother living in Buffalo, New York. Jesse ran for two seasons and earned Applegate a Golden Globe nomination ? the first of many.

Jesse producers Kevin S. Bright, Marta Kauffman, and David Crane went on to utilize Christina Applegate’s comedic streak, again, as a guest star in their hit series Friends. For her brief role as Rachel’s self-absorbed sister, Applegate earned her first Emmy award in 2003. After a stint on Broadway in Sweet Charity (which earned her a Tony Award nomination), Applegate returned to television in ABC’s delightful Samantha Who? This TV show, which followed the story of a corporate amnesiac, was popular at first but got canceled during its second season.

While leading on Samantha Who? Christina Applegate was under great personal duress. She was diagnosed with breast cancer. Having inherited the genetic BRCA1 mutation, which can cause ovary as well as breast cancer, Applegate received a double mastectomy. Later, she also had her ovaries and fallopian tubes removed in order to limit her cancer risk. Applegate’s mother, the actress Nancy Priddy, is also a breast cancer survivor. (Christina’s father, Bob Applegate, was a record producer; showbusiness came naturally to the young Applegate.)

Recent Work: ‘Dead To Me’

Stepping away from television for a while, Christina Applegate acted in comedy films throughout the 2000s. She starred alongside Will Ferrell in Anchorman: The Legend of Ron Burgundy and as one of the nagging wives in Hall Pass. (This Farrelly Brothers comedy has admittedly aged poorly). But Christina Applegate returned to the medium of television, full force, in 2019 with the Netflix original show Dead To Me. This unconventional comedy series reaffirmed the American actress’ place as a legend of the small screen. The dark dramedy follows the story of grieving two California widows… or so it seems. The mysterious Dead To Me has been nominated for six Emmys, including two singling out the lead performances of Applegate as Jen Harding and her co-star Linda Cardellini as Judy Hale.

The Love Life of Christina Applegate

I don't usually show pics of my kid. But this photo celebrating pride, needed to be shared!#LoveWins pic.twitter.com/3X13BBNMX3

Christina Applegate married the actor Johnathon Schaech in Palm Springs, California in 2001. The couple divorced in 2007. Two years later, she began dating Dutch musician Martyn LeNoble. The couple married on February 23, 2013, at their home in Los Angeles. Their daughter, Sadie Grace, was born in January 2011. See the rare photo of Applegate’s family, shared on social media, above!