Christopher Meloni Made A Third Of His Net Worth From “Law & Order: SVU” 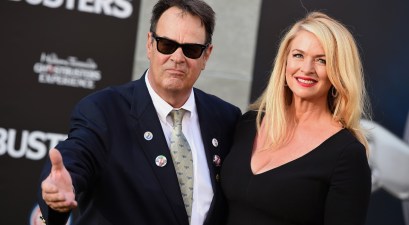 American Actor Christopher Meloni’s portrayal of NYPD Detective Elliot Stabler on Law & Order: Special Victims Unit is his biggest claim to fame, and perhaps, what he’s best known for throughout his acting career.

Christopher Peter Meloni was born in Washington, D.C., in 1961 and raised with two older siblings. While he was born in America, he is actually French-Canadian on his mother’s side. Growing up, Meloni played quarterback on his high school football team. He attended the University of Colorado at Boulder before moving to New York City to study acting from Sanford Meisner at the Neighborhood Playhouse. Following this training, his career started taking off slowly with commercials and small television roles. He supplemented his income at the time, working as a bouncer, personal trainer, bartender, and construction worker. His first breakthrough roles were in Runaway Bride, Bound, and legal drama NYPD Blue.

His first big starring role was on the HBO television series Oz, where he played a bisexual serial killer, Chris Keller. Shortly after, in 1999, producer Dick Wolf put him on NBC’s Law & Order: SVU. For a while, he played on both TV series until Oz went off the air. He was nominated for an Emmy Award for Lead Actor in a Drama Series for his portrayal of NYPD Detective Elliot Stabler. He continued with the show until season 13; in March of 2022, he announced he would return in a spinoff, as a stabler, on Law & Order: Organized Crime.

Aside from the starring roles, he has also been in movies. He was Gene in Wet Hot American Summer, appeared as a pediatrician in Scrubs (Dr. Norris), and had cameos in Harold & Kumar Go to White Castle, They Came Together, and Harold & Kumar Escape from Guantanamo Bay. He also appeared on Wonder Showzen doing a fake PSA against cooties, Fear and Loathing in Las Vegas, Trueblood, and as a supporting role in the Man of Steel film. In a slightly different role, he lent his voice for the video game Call of Duty: Black Ops III and voiced the main character in Green Lantern: First Flight. Later, he even in season three of The Handmaid’s Tale.

From his acting in SVU with Mariska Hargitay, he is said to have earned about $395K PER EPISODE on the higher end. This equals about 10 million per season. There was more, surely when he directed films like Happy! Nevertheless, this and his other ventures have earned him an estimated net worth of a whopping $30 million.

Watch: Sam Waterston of ‘Law and Order’ Fame Has a Beautiful Wife and a Big Family