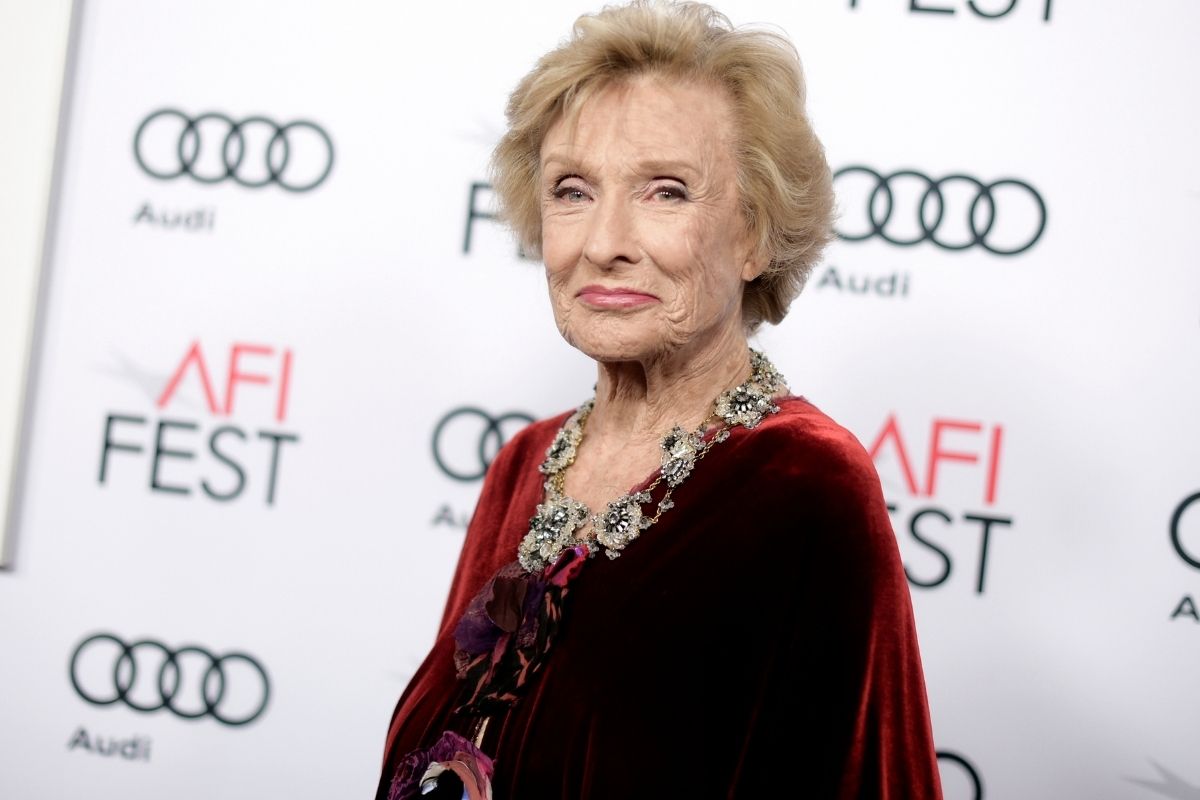 It’s a tragic day for Cloris Leachman fans today. The Oscar winner and multiple Emmy winner best remembered as the adorable Phyllis Lindstrom on The Mary Tyler Moore Show has died of natural causes in Encinitas, California. The 94-year-old actress was the most nominated actress in history with 22 Emmy nominations and 8 wins, tied with Julia Louis-Dreyfus. In addition, she won an Academy Award, a British Academy Film Award, a Daytime Emmy Award, and a Golden Globe Award.

Her long-time manager Juliette Green released a statement, noting, “It’s been my privilege to work with Cloris Leachman, one of the most fearless actresses of our time. There was no one like Cloris. With a single look, she had the ability to break your heart or make you laugh ’till the tears ran down your face. You never knew what Cloris was going to say or do and that unpredictable quality was part of her unparalleled magic.”

The quirky character Phyllis, who the Hollywood actress once believed was close to her own persona, brought the actress two Emmys as featured actress in a series during the mid-70s, making Leachman a household name. She also won a supporting actress Oscar in the early part of the decade for portraying a small-town housewife in Peter Bogdanovich’s The Last Picture Show. She would later go on to reprise the role in the film’s less successful sequel Texasville.

Leachman’s effortlessness in comedy took her through a variety of roles on television, Broadway, and in more than 40 movies. The actress won a total of 8 Primetime Emmy Awards, both for comedy and drama, and one Daytime Emmy. Her most notorious work includes the Mary Tyler Moore Show, Lovers, and Other Strangers, Young Frankenstein, The People Next Door, and The Last Picture Show which brought her an Oscar in 1971 for supporting actress.

She also received an Emmy Award for her work in A Brand New Life. Fast-forward to 2008, the Academy Award winner was a contestant on season 7 of Dancing With the Stars, at the age of 82. She was the oldest contestant to dance in the series. She was later Grand Marshal for the 2009 New Year’s Day Tournament of Roses Parade and Rose Bowl game in Pasadena California.

In the 2000s, she was cast in projects including Spanglish, followed by the TV show Raising Hope, The Longest Yard, Malcolm in the Middle, Scary Movie 4, Beer Fest, The Woman, New York I Love You, and horror movie The Home, to name a few. She was inducted into the Television Academy Hall of Fame in 2001. Survivors include her sons George Junior, Morgan, Adam, and Dinah. The family requests that any donations in her name be made to PETA or Last Chance for Animals