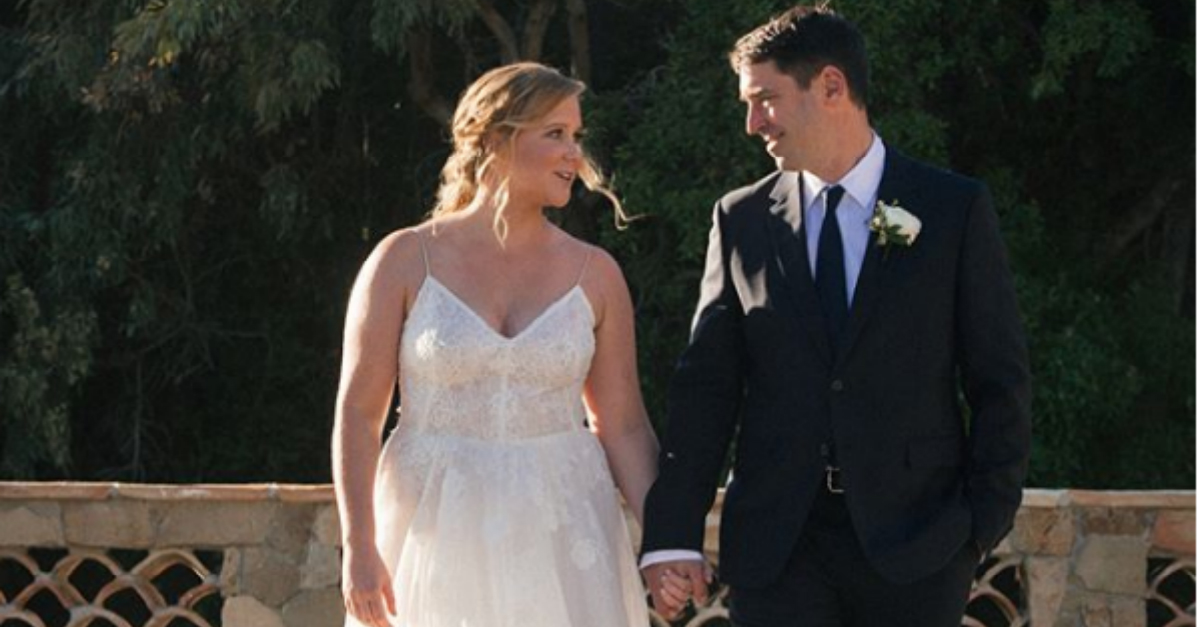 If the reports coming in are true, Amy Schumer is officially off the market!

The comedian married chef Chris Fischer in Malibu on Tuesday, Feb. 13, according to Us Weekly.

Celebrities such as Jennifer Lawrence, Jennifer Aniston, Larry David and Judd Apatow were apparently present at the secret ceremony, and Schumer enforced a strict no-photos policy.

The magazine reports that the couple had only been dating for a few months before deciding to tie the knot, and they didn’t publicly acknowledge their relationship until earlier this month, when Schumer shared an image of the pair engaged in a kiss on Instagram.

Happy Birthday @theellenshow thank you for having us!

Chris Fischer lives on Beetlebung Farm in Martha?s Vineyard, Massachusetts. In 2015, his “Beetlebung Farm Cookbook” was published and received critical acclaim. The 37-year-old’s Beach Plum restaurant is reportedly one of Barack and Michelle Obama’s favorite spots.

It’s been a busy few months for Schumer. Back in November, she was with her father the moment he stood up from his wheelchair.

The comedienne documented the entire process and shared it with fans on Instagram. In the video, her father, Gordon, who has been wheelchair bound for years due to a multiple sclerosis diagnosis, stood again with the help of a medical device.

?My dad stood today with the help of a device. But he stood,? she wrote in the caption. ?Thank you to his nurse Sam. Dr Kanter and Dr Sadiq everyone at Tish for their MS stem cell work. Also Pure Prairie League for their song ‘Aime’ his favorite song. We had a good day.?

Schumer hugged her father in the video and said, ?We haven?t stood next to each other in a while.?

My dad stood today with the help of a device. But he stood. Thank you to his nurse Sam. Dr Kanter and Dr Sadiq everyone at Tish for their MS stem cell work. Also Pure Prairie League for their song “Aime” his favorite song. We had a good day.

Her father, who was listening to the song ?Amie,? told the doctor, ?I hate this song,? adding that Schumer ?was named after this song.?

In December 2016, Schumer revealed she had purchased her family?s farm after her father lost it due to his diagnosis and his filing for bankruptcy.

?Video from the farm when I was running away in the cornfield and my dad was taunting me because I wanted him to come with me,? she at the time to fans. ?We lost the farm when we lost everything else. But, today, I got to buy it back for him.?