We bet if you asked any working mother what they need to get through the day, they would say a clone of themselves.

That’s exactly what comedienne Heather McDonald told us exclusively when we asked about how she is able to do it all. McDonald is the mother of three children; two sons, Drake, 13 and Brandon, 10; and a step-daughter, McKenzie, 17. Somehow, she balances her family of five with a full-blown career as a stand-up comic, podcast host and television personality.

RELATED: From realtor to full-time comic, Heather McDonald opened up to Rare about her journey to success in Hollywood

These days, McDonald keeps busy with her stand-up and spends several days a month on the road and away from her family in Los Angeles. Most recently, she did stand-up in West Palm Beach and Dania Beach, FL and soon she will head to Austin, Texas for even more shows. When she is out of town, McDonald relies on her husband of 16 years, Peter, to run the house. That’s right, no nannies for this celebrity mom!

“It is hard,” McDonald admitted to Rare. She revealed that when she leaves to do stand-up, she usually leaves a few nights before the show. “There’s a couple nights where I’m not there for homework and I’m not there in the morning.”

She told us that when she’s out of town, things fall through the cracks but she’s learned to not sweat the small stuff.

RELATED: Candace Cameron Bure’s daughter Natasha totally nailed her audition on this season of “The Voice”

“I can’t really yell at my husband and I think all working moms can realize the way it works is: you can’t tell them how to parent and they can’t tell you how to parent. If everyone’s alive and fed, the rest of the stuff might not be done the way you want it. They may not have a bath that night. They may have a cavity. They may not have the homework done,” McDonald said. “But, in other ways, it’s great. They are doing great. You just can’t have it all. Not everything can be done your way if you are working, too. Somethings are just not going to get done.”

McDonald shared that now her kids are older, she’s trying to be more organized before she leaves and she puts more of the responsibility on the children. She also said she checks in with each of the kids and her husband while she is on the road to help make sure things are running smoothly.

The steady travel does take somewhat of a toll on her youngest son but McDonald said she tries not to make herself feel badly about the situation.

“What can you do? I wouldn’t have my career if I had not made those choices,” she told Rare. Despite the difficulty of the situation, McDonald tries to keep it light with her witty sense of humor. “He’s fine. I just always say, ‘let’s just all check back in when they’re 30.’ Maybe he’s not killing it in the fifth grade but, we’re staying together and he’s pretty happy. Nothing’s ever going to be perfect.”

“I wish I could clone myself. I think that would be the next greatest invention,” she laughed. “And, literally have another mom there!”

Even when she spends time away from home, McDonald does bring her family with her, in a sense. A big part of her routines onstage come from her real life and experiences as a mother and wife.

You might think that her husband or kids would hate having some of their most embarrassing moments shared with her fans, but McDonald’s family are all good sports about it. Only her youngest son, Brandon shies away from the spotlight.

RELATED: A security expert believes Kim Kardashian West actually made herself the target in her recent attack

“He does a Steve Harvey impression,” she laughed, adding, “I sneakily video taped it and he caught me and he made me delete it! I keep saying, ‘look, if I ever get a show, and you are going to be featured, we’ll be rich like the Kardashians so you have to let me exploit you.'”

As for which family member makes her laugh the most, she gave that honor to her eldest son, Drake. “But, Brandon is catching up. They say funny stuff all the time!” she said.

Her husband, Peter also takes a lot of the onstage teasing but like the kids, he has never said he doesn’t like when she shares details of her marriage onstage or on her podcast, “Juicy Scoop.”

She revealed that in the 16 years that they have been married, they have never gone to therapy to work out their problems.

“What if I go to therapy and it comes out that he doesn’t like that I talk about him? Then, we don’t have a business and I don’t have a job,” she joked.

For her, it’s just better not to know!

Check out her hilarious podcast, “Juicy Scoop with Heather McDonald” on iTunes, brought to you by Wondery.

For a full list of tour dates and more information about Heather McDonald, visit HeatherMcDonald.net. 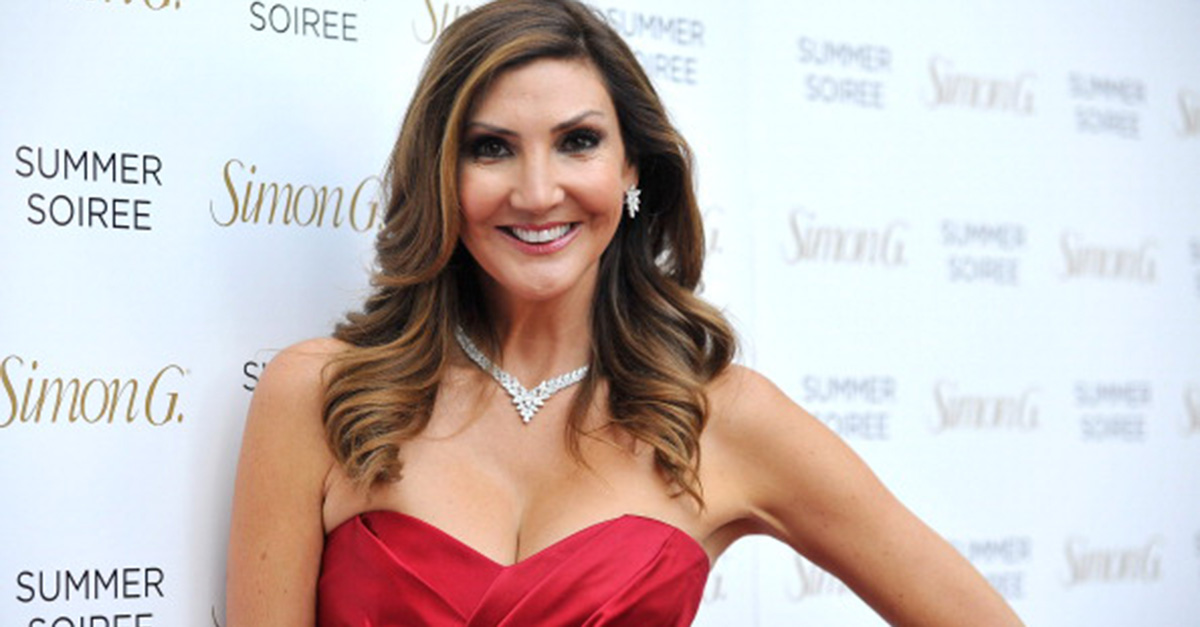