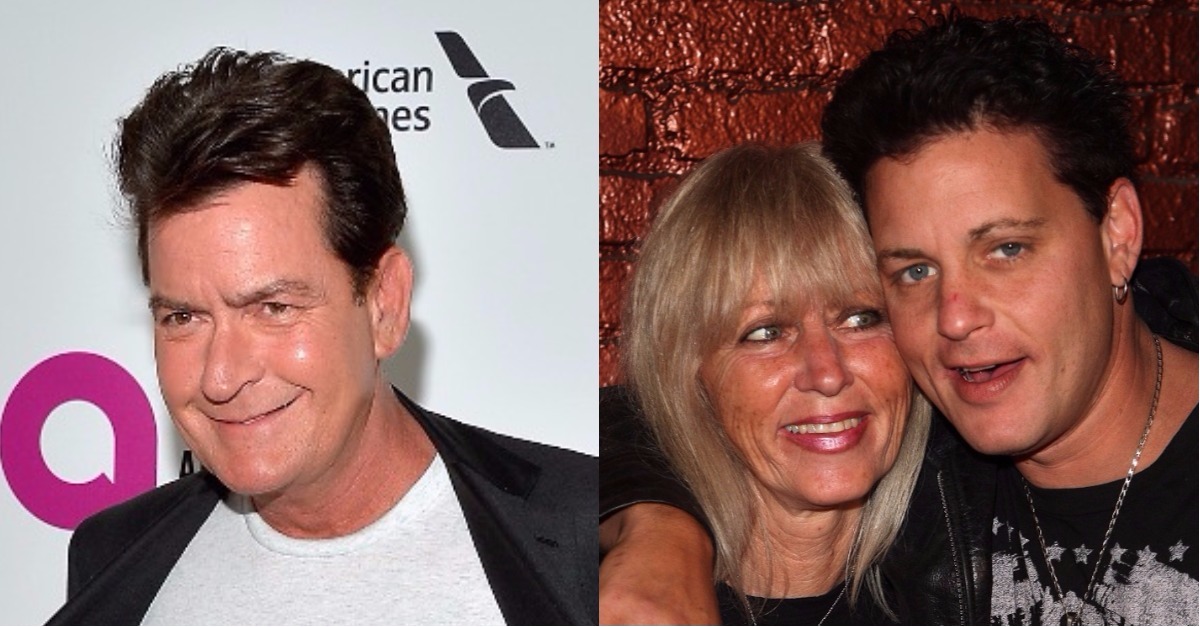 Corey Haim’s mom is opening up about the recent reports that Charlie Sheen allegedly raped her her son when he was 13 years old.

In an upcoming interview with Dr. Oz, Judy Haim says that she didn’t see any changes in her late son while he filmed the 1986 movie, “Lucas,” with Charlie Sheen.

?I would have known if anything was wrong,? Judy said. ?My kid hid nothing, he was like? transparent. He never hid anything, he was Corey. It?s out of character, that?s number one.?

She continued claimed that such an interaction with Sheen would be out of character.

?When my son was 13, he?s not going to go and ask Charlie Sheen to go and sleep with him,? she said.

While Judy denies Sheen’s involvement, she went on to point the finger at someone else — a name that is suspiciously bleeped out in the clip from the interview.

?I have to tell you, that this guy [bleep] is the guy that abused my son,? she said.

Tomorrow, Corey Haim's mom, Judy, talks allegations that her son was sexually assaulted by Charlie Sheen & points the finger at someone else pic.twitter.com/ZfcXkXLaWB

In a coy move, audiences will have to wait until the interview airs Friday to potentially learn the name of the alleged molester.

The National Enquirer was the first to publish allegations that the Sheen had sex with Haim when they were 19 and 13, respectively.

RELATED: Corey Feldman took his Hollywood pedophile ring claims to the LAPD, and he?s given names

The allegations sparked an online discussion that the allegation drew comparisons to a passage in filings from Sheen’s 2005 divorce to Denise Richards.

According to The Hollywood Reporter, a representative from Sheen’s camp said the HIV-positive actor “categorically denies these allegations.”

Fellow 80s star Corey Feldman has alleged that Haim was also a victim of a Hollywood pedophile ring that Feldman is currently attempting to expose to the media.

?Corey, his was direct rape, whereas mine was not actual rape,? Feldman said to the Hollywood Reporter.

Judy Haim has pushed back against Feldman’s statements, saying that his push for money to fund a film revealing the names is part of a “long con.”

?If these people really are out there, and potentially [still] a danger, why wouldn?t he want to name them right now?? she said in a Hollywood Reporter report. ?I don?t understand how the press that?s now giving him all of this attention isn?t getting it. It?s all a distraction.?

Haim died in 2010 at the age of 38 after a bout with pneumonia. He’d suffered from a long history of substance abuse.