Corinne Olympios shared her side of the controversy on the set of “Bachelor In Paradise” in her first live interview since the incident on “Good Morning America.”

“I don’t remember much at all. It was really unfortunate,” she said after sharing that she took time to really “deal with everything and heal.”

Olympios admitted that she “drank too much” while filming but added that a medication she is on may have accelerated the blackout.

“I drank too much, but I was also on a medication that severely blacks you out, impairs your judgement,” she said. “It was like I went under anesthesia, and I just woke up.”

RELATED: A tearful DeMario Jackson tells his side of the “Bachelor In Paradise” scandal

The reality star said that she has since seen some of the footage from the incident but said that she doesn’t recognize herself in the clip, saying that she felt like she was “watching someone else.” Since the scandal, Olympios said she has been weening herself off the medication and cutting down on drinking.

Earlier this summer, production on the “Bachelor” spin-off was shut down after alleged “sexual misconduct” between Olympios and DeMario Jackson. Warner Brothers conducted an investigation and concluded that no misconduct occurred before allowing the rest of the cast to return to the Mexican resort to continue filming. Jackson and Olympios did not return.

As for her relationship with Jackson, she said there is “no bad blood” between them.

Olympios is set to sit down with host Chris Harrison for another interview on “Bachelor In Paradise” on Tuesday at 8 p.m. ET on ABC. 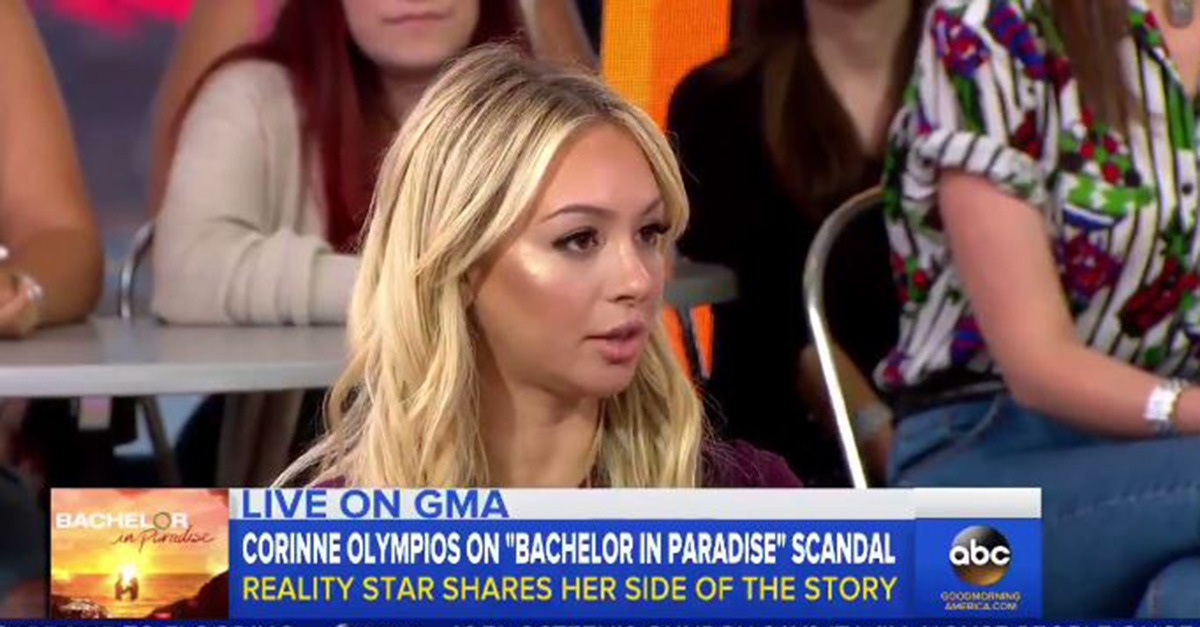