Maria Medrano was arrested this week outside Dash, a Los Angeles boutique owned by the Kardashian family, after ranting and raving about the Kardashians and Cuba. The bespectacled woman wielded a knife and a gun as she screamed to onlookers and employees that the Kardashians will be killed.

“The Kardashians will be executed if they step on communist territory,” she shouted. “They’ll be fucking killed. Don’t mess with the Castro family.”

Medrano initially evaded police before she was eventually arrested at her home. She was caught on camera, screaming and cursing while brandishing a weapon outside the store, prior to storming inside. Once she was inside, Medrano knocked over items and pointed a gun at an employee.

The Kardashian family made a much publicized visit to Cuba in 2016. 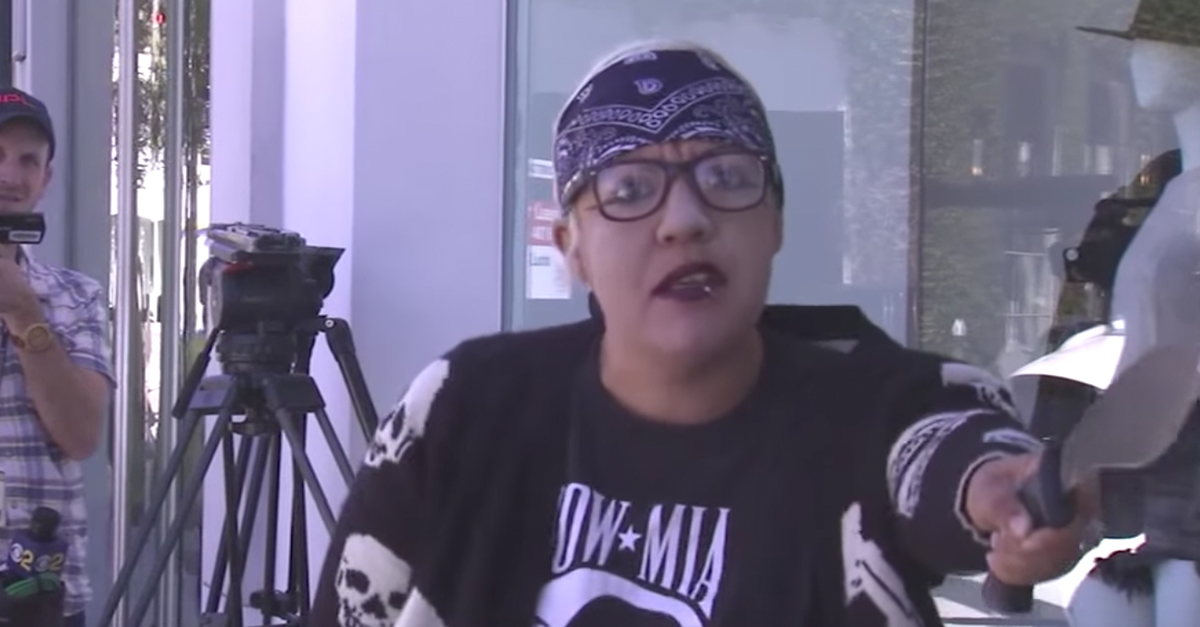