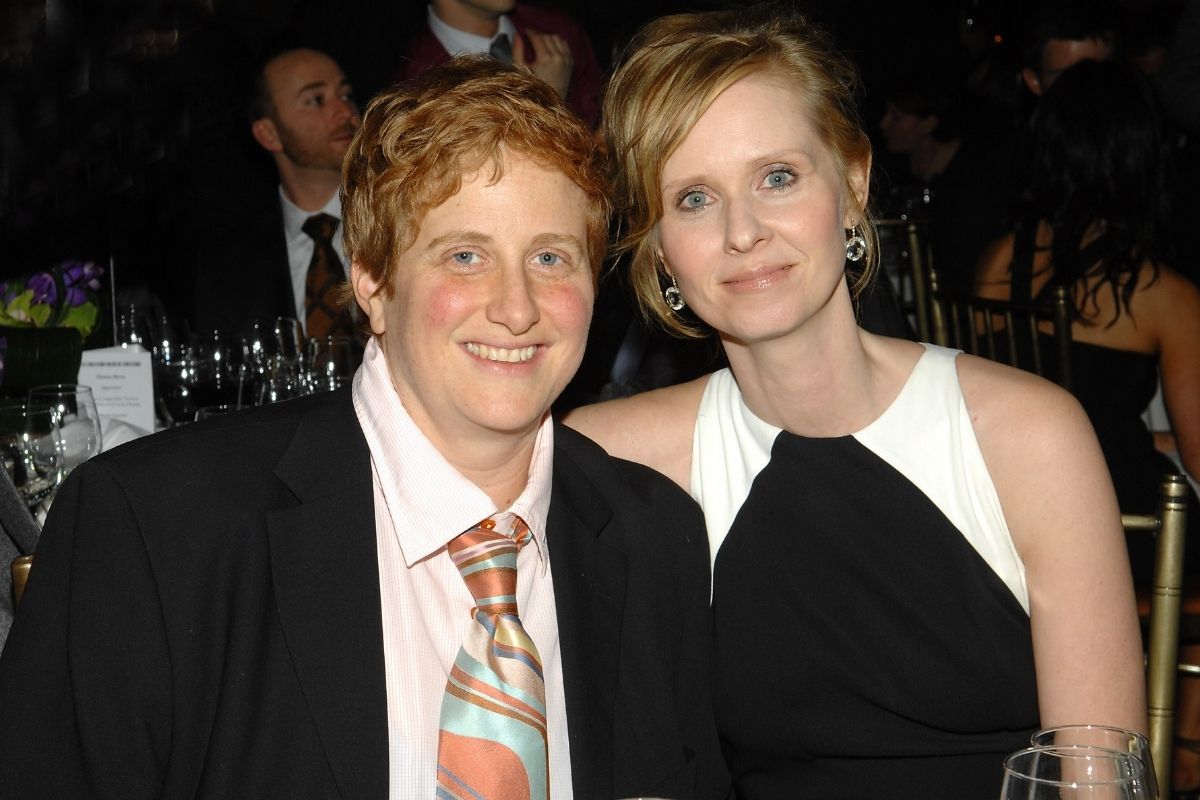 Cynthia Nixon took Hollywood by storm with her portrayal of Miranda Hobbes in Sex and the City. What you may not know the New York-based actress has been married to Christine Marinoni since 2012!

Cynthia Nixon became a household name after starring in HBO’s Sex and the City. She won an Emmy for her role as Miranda and starred in two films based on the show. Most recently, she starred in the Netflix hit show, Ratched, playing the love interest of Sarah Paulson. She’s made over 45+ film and television appearances, but it’s her new role in progressive politics that she is known for now. In 2018, she ran for governor of New York against Andrew Cuomo. She did not win the race.

Cynthia and Christine met because of her interest in activism. The pair met well working on a campaign for an education non-profit. Both of the women were fighting for smaller class sizes in New York City schools. Christine helped found the non-profit, the Alliance for Quality Education, while Cynthia was fighting for her sons, Samuel and Charles who were enrolled in the public school system. At the time, Nixon was in a relationship with Danny Mozes.

After splitting from Mozes, Nixon and Marinoni began to date in 2004. Brought together by similar advocacy, the pair built a relationship on a shared passion for social issues. Prior to dating Marinoni, Nixon had only been with men. She originally came out as bisexual, but now identifies as queer, a more blanket statement for her sexuality.

Unlike Nixon, Marinoni had identified as gay for the majority of her adult life. She began fighting for LGBTQ causes after her friend was a victim of a hate crime. She fought for marriage equality and would go on to work for Mayor Bill de Blasio aiding in community partnerships.

After getting engaged in 2009 at a rally for same-sex marriage, the pair were married in 2012. The New Yorkers vowed to wait to get married until marriage equality laws were passed in their state. When the law was passed in 2011, the couple finally tied the knot. In 2011, the couple welcomed a son named Max. Marinoni decided to stay home and care for her son. She gushed to the New York Times, “I couldn’t actually envision being happily married with kids. I thought I’m never going to get that. I think it’s amazing that I got that. It’s huge.”

Watch: How the ‘Sex and the City’ Reboot Is Replacing Samantha