How Eugene and Dan Levy Took Hollywood by Storm with a TV Show! 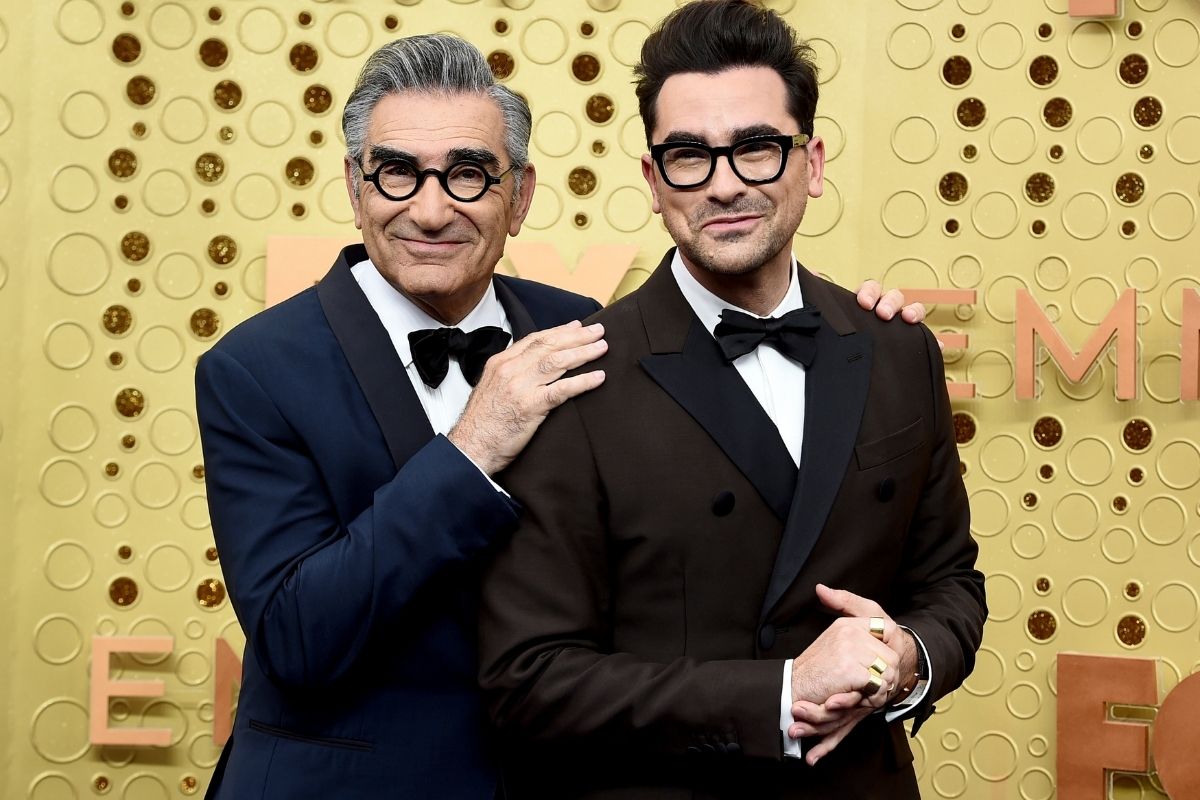 If you’re anything like us, you’re probably a fan of the hit Canadian show, Schitt’s Creek. The hilarious comedy starring the father and son acting team of Dan Levy and Eugene Levy has taken the world by storm! Prior to teaming up, Dan and Eugene each had successful careers!

Eugene Levy was born in Canada. He married his wife Deborah Divine in 1977 and has two children, Daniel Levy and Sarah Levy. If you’re a fan of Schitt’s Creek, you’ll recognize his daughter Sarah. She plays Twyla Sands on the show!

Eugene has had a successful career in Hollywood. Prior to working with his kids, he starred in hit films like American Pie, Finding Dory, and Best in Show. He has won several awards for his roles in film and television, but it was the success of Schitt’s Creek that brought him his most award nominations and wins. He won both a Screen Actors Guild Award and an Emmy for his performance as Johnny Rose.

Dan Levy has won us all over with his performance as Johnny’s son, David Rose in Schitt’s Creek. I can almost hear Annie Murphy’s portrayal of Alexis Rose saying “ew, David” now. Prior to the show’s success, Dan had a few minor appearances like on  MTV Canada’s Live. While he’s been acting since high school, the Toronto native really thrived as a writer. It was actually Dan who approached Eugene about the sitcom concept, after never having asked his dad for help before.

Eugene gushed about his son, “So when he finally came and said, ‘I have an idea for a show, do you want to work on it?’ As a dad, it’s like, ‘This moment finally came, thank you; it doesn’t matter what the idea is, I’ll work on it, we’ll try to get it going.'” When Dan recently hosted Saturday Night Live, his father joined in on the fun and the crowd went wild.

The Pop Tv/CBC sitcom that featured a father and son co-creator and co-star team has become one of the best comedy shows in recent history. The show features beloved cast members like Catherine O’Hara’s incredible performance as Moira Rose, the matriarch of the wealthy family. The comedy series also addresses important issues, like having an openly LGBTQ main character getting married to his partner, Patrick, on the season finale. It’s not only the fans who love the show, the critics do too.

The show broke Emmy Award records for its final season, as well as landing five Golden Globe nominations (winning two of them!). The tv show was also recognized by the MTV Movie Awards, with star Dan Levy winning best comedic performance. If you haven’t seen the show yet, please give it a binge-watch on Netflix. You will be hooked from the first season on.

Watch: The Best-Dressed Stars For This Year?s (Virtual) Golden Globes