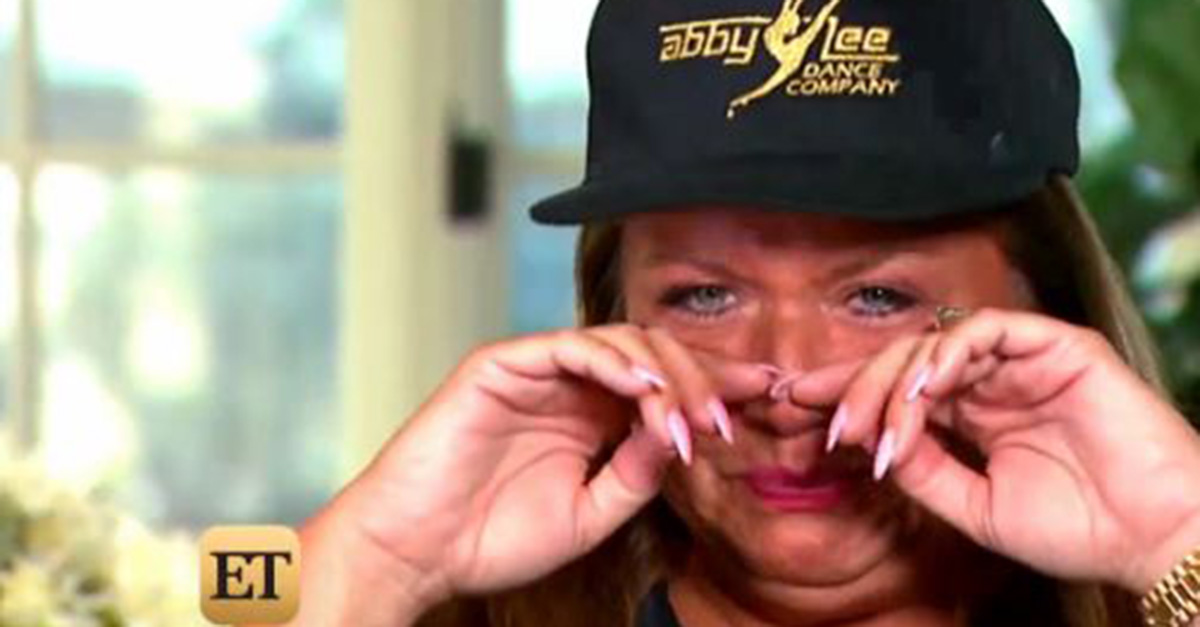 Abby Lee Miller has gone under the knife again.

Ahead of going under for a sleeve gastrectomy, the “Dance Moms” alum talked openly about her fears to Entertainment Tonight.

“Oh, this is crazy,” she said before going under the knife to remove approximately 80 percent of her stomach.”There’s nobody freaking out if something happens to me.”

Miller has lived through a world wind year after she dramatically announced her departure from the Lifetime series. She is also awaiting sentencing after pleading guilty to bankruptcy fraud.

Last month, she opened up about the looming possibility that she could serve prison time. She faces up to 30 months in prison and her next court date is reportedly May 8.

“No, no, no,” Miller said after being asked if she is prepared to serve time. “My attorneys in Pittsburgh have hired someone that prepares you — that mentally, physically prepares you.”

The full interview with Abby Lee Miller is set to air on Monday, April 24. Check local listings for the time.