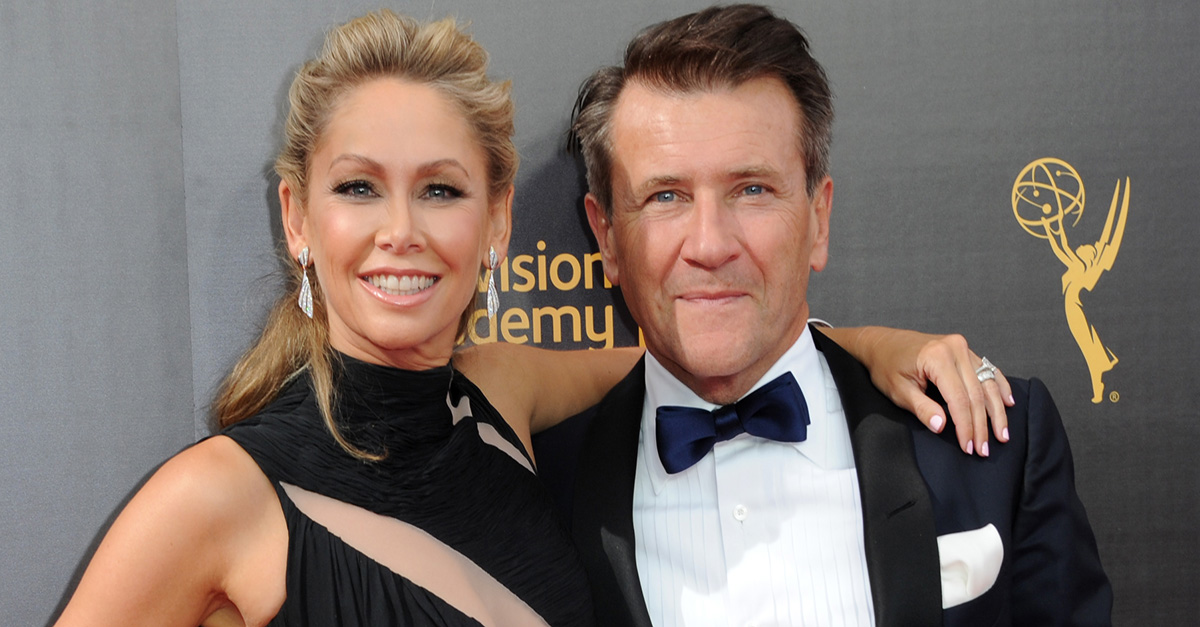 First came love, then came marriage and now a baby in a carriage!

Kym Johnson just announced that she and her “DWTS'” partner-turned-spouse Robert Herjavec are expecting an addition to their dancing duo.

Johnson confirmed her pregnancy on social media on Monday by posting an ultrasound photo on her Instagram. From the amazing signal her baby-to-be gave in the womb, the professional dancer and her “Shark Tank” panelist husband will definitely have someone to cheer them on at home. Her unborn baby gave a brilliant thumbs-up, which Johnson captured with “‘It’s a thumbs up’ ????.”

RELATED: Robert Herjavec reveals the most romantic and memorable moment from his July wedding to Kym Johnson

Johnson, 41, and Herjavec, 55, were paired up on the 20th season of the hit reality competition in 2015, and continued to date after they were eliminated from the show. They announced their engagement in March 2016 and tied the knot in a gorgeous Los Angeles ceremony in July. Johnson was reportedly escorted down the aisle by both her parents to “Somewhere Over The Rainbow.”

?There was so much activity and so much going on,? Herjavec said of his bride a few months after the wedding. ?I think the best moment was standing there and seeing her come around the corner for the first time in the dress. It was epic ? she looked so beautiful. I was so lucky to meet her and it was such an incredible day.?

?Dancing With The Stars? judge Carrie Ann Inaba and fellow alums Joey Fatone, Donny Osmond and Lance Bass were among the attendees.

RELATED: When this little boy experienced the unthinkable, Robert Herjavec stepped in and put a smile on his face

?We have such a great relationship,? Herjavec told PEOPLE. ?We started out on the show ? it?s like we?ve know each other since day one. So in some ways, it?s still exciting, we just got married. But in other ways, I feel like I?ve known her forever.?

The couple hasn’t revealed the gender of their baby, but he or she will be their first together and Hervajec’s fourth — he is dad to three kids from a previous marriage.