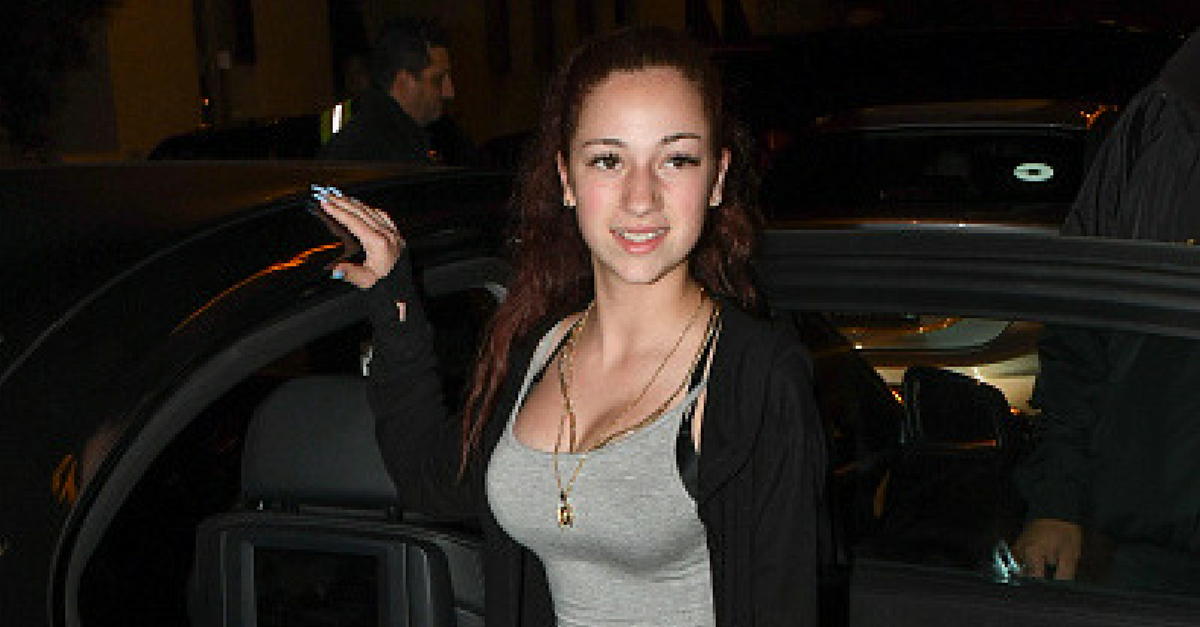 Danielle Bregoli is reportedly considering going after Walmart for ripping off her famous catchphrase and printing it on their merchandise without her permission and without paying her a percentage of the sales.

The 14-year-old, who was made famous after appearing on “The Dr. Phil Show” and telling the audience to “cash me outside, how bow dat,” has hired a legal team, which has sent a letter to the retailer demanding that it remove all 15 articles of clothing, including shirts, hoodies and tank tops, from its online store within the next 5 days. If they fail to meet her demands, Bregoli is prepared to slap them with a lawsuit.

RELATED: ?Cash Me Ousside? girl just got lit up in a street fight, and we can?t look away ? or did she?

Additionally, her lawyers want to know how much money Walmart has already made from the apparel, so that they can presumably ask for a cut of the profits. However, a representative from the store told TMZ that they have yet to see the letter from Bregoli’s lawyers, but they’re taking her threat seriously and plan to look into it.