The debate over whether 35-year-old Danney Williams is truly the love child of womanizing former president Bill Clinton has faded from national attention. Though the salacious story was a media sensation during the 1990s, the tabloid Star Magazine commissioned a paternity test which allegedly disproved the theory. However, that hasn’t stopped Danney Williams from taking to Twitter to voice his own opinion on the matter. The man’s colorful social media presence boldly asserts that he truly is President Clinton’s son.

Through it all I still smile. Can’t nothing steal my joy. #Winter #DanneyWilliams #BillClintonSon pic.twitter.com/3YuWIVMUBt

A Timeline of the Controversy

Danney Lee Williams is the son of Bobbie Ann Williams, a former prostitute, and Danney Williams Sr. But Danney and his mother insist that Danney Sr. is not the biological father. Rather, that Danny is the illegitimate son of former president Bill Clinton. Bobbie Ann told The Globe that Bill Clinton, then the Governor of Arkansas, approached her while jogging through her Little Rock neighborhood in 1984. Bobbie Ann, who was just 24 years old at the time, says the governor came back a few days later and propositioned her to have sex behind some bushes! The two then kept up a casual, transactional relationship for some time before Clinton left Arkansas for the White House.

The story became national news during Bill Clinton’s presidency for obvious philandering reasons. But Star Magazine funded a DNA test which denied the possibility that Clinton is the father; those results were seconded by Time Magazine in 1999. However, that’s not where the story ended. The paternity of Danney Williams was drudged up again by the Drudge Report in 2016. (No pun intended.) Hoping to hurt the presidential candidate Hillary Clinton, this hyper-conservative outlet gave new life to the love child theory. Russian-bot Facebook ads leading up to the 2016 election further pushed the conspiracy.

In response, The Washington Post declared that although Star‘s DNA test was somewhat inconclusive, it did rule President Clinton out as a possible father. Snopes, on the other hand, maintains that this is unproven. As rumors continued to swirl, Danney Williams reached out to the legendary Clinton mistress Monica Lewinsky with a rather odd request: to obtain the politician’s DNA sample from her infamous blue dress. Lewinsky unsurprisingly did not respond. But that hasn’t stopped Williams from maintaining — and defending — his proud identity as a Clinton online.

Signing off most posts with #BillClintonSon, Danney Williams’ Twitter is a fascinating glimpse into the life of a discarded love child. His bio says it all: “I’m the son of the 42nd President of the United States- Bill Clinton. #ClintonKid #BillClintonSon.” And the countless tweets do not disappoint.

Danney Williams’ Twitter is both humorous and insistent regarding his Clinton recognition. Now a father of five, Williams also utilizes the platform to show off pics of his own children. Unlike the sheer denial and shame surrounding Williams’ own parentage, Williams embraces his kids proudly and thankfully. #ProudFather

I want to take this time out to wish my oldest child, Laniyah Williams, a happy birthday🎂‼️Daddy loves ❤️you! pic.twitter.com/fc5HmXwJNx

But that abundant joy doesn’t stop Williams from occassionally calling out the former president/absent father.

Even though you abandoned me and only took care of Chelsea, I still want to thank you for giving me life. Happy Father's Day @billclinton. pic.twitter.com/EMKla9lPM1

WATCH: Bill Clinton Said He Had Affair with Monica Lewinsky to Relieve Stress 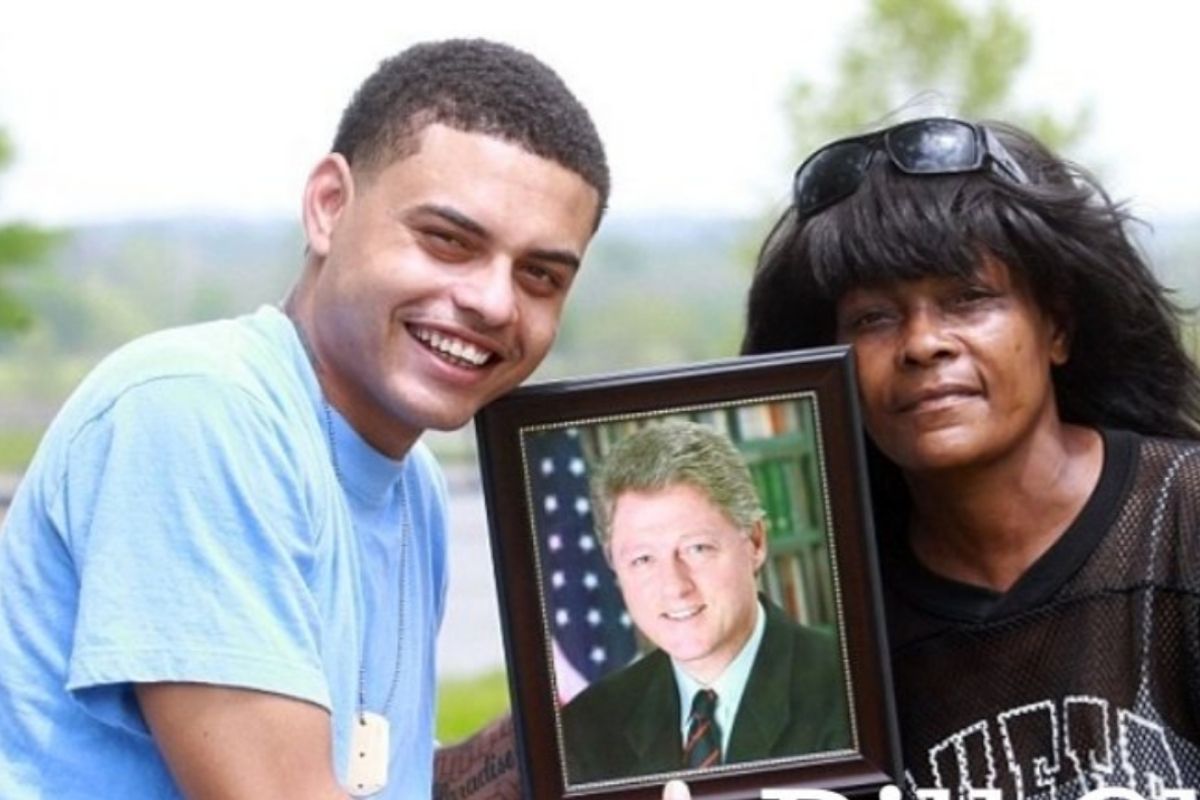