The Gainesville Ripper: The Serial Killer Who Inspired the Movie ‘Scream’ 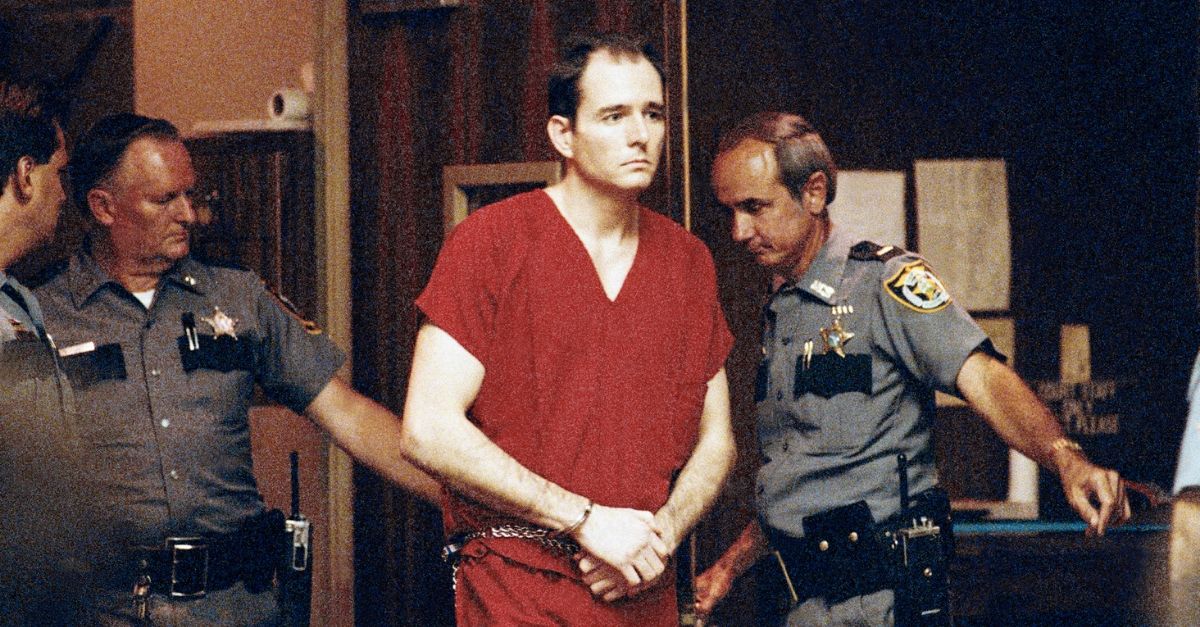 The 2003 horror flick “Scream” was written loosely based on the true story of the Gainesville Ripper, also known as serial killer Danny Rolling. Unlike the film, what happened in the college town near the University of Florida campus was no laughing matter. Danny Rolling, under the guise of his alter-ego “Gemini,” shook up campus life when he committed a string of student murders on a killing spree in 1994.

The Making of a Serial Killer

Like many who become serial killers, Rolling’s early life was rough. He was born to a police officer and Korean war veteran father, James Rolling, and a 19-year-old mother, Claudia in 1954. With his younger brother, Kevin, the Rolling family lived in Shreveport, Louisiana. Their lives were far from ideal as they were constantly berated by the verbal and physical abuse James’ father inflicted on the family. For a short while, Rolling was able to immerse himself in music when he received a guitar for Christmas. His home life remained tumultuous and he suffered from subsequent mental health issues, including a personality disorder. His relationship with his father never improved. In an argument between the two in 1990, Rolling shot his father in the head and the stomach. While his father didn’t die, he lost functionality in an eye and ear.

Following in his father’s footsteps, rollings joined the Air Force. Drug possession marked the end of his career after a short time, in 1972. He then attempted to start a family, marrying a woman named O’Mather Halko. The pair had a daughter. Rolling’s new life soon began to resemble the home he grew up in. By 1979 he was divorced and committing armed robberies. This led to him being imprisoned in Georgia, Alabama, and Mississippi. When he wasn’t in prison he was on the road, he raped women, and continued his string of armed robberies.

His killings started a decade later, upon his return to Louisiana. The night he was fired from a Shreveport restaurant, he committed his first murder. He broke into Julie Grissom’s home and murdered her. This triple homicide included Sean, Julie’s eight-year-old nephew, and her father, Tom. Julie’s body was found legs spread on the bed with bite marks on her skin.

The University of Florida Killing Spree

Perhaps the crimes that Rolling was most popularly known for were the Gainesville murders. A year after the Grissom murders, he targeted the University of Florida college town. Camped behind the campus, he broke into the home of two young women, on August 24, Sonja Larson and Christina Powell, and raped and strapped both girls to death. His next victim was Christina Hoyt, he decapitated and left her head on a shelf in her room, looking at her own body. Two days later Rolling murdered two more students, Manuel Taboada, Tracy Paules’ roommate who put up a fight. Tracy attempted to barricade in her bedroom but was unsuccessful. With tools, Rolling broke in, raped her, and stabbed her to death.

After committing these murders, Rolling disappeared from Gainesville as quietly as he’d arrived. He returned to a life of armed robbery. He was arrested after holding up a Winn-Dixie grocery mart in Ocala, Florida. It took about a year for the University of Florida student murders to catch up with him. A simple tooth extraction matched the genetic DNA he’d left at the Gainesville crime scenes. The life sentences he was serving for armed robberies increased during his trial in Alachua County. During which he admitted to wanted to be a superstar like Ted Bundy, but also claimed his alternate personality, Gemini, influenced his murders.

Various psychological professionals disclosed that Rolling was diagnosed with a borderline personality disorder, antisocial personality disorder, and paraphilia. Danny Rolling pled guilty in 1994 and was given the death penalty. After years on death row in Florida State Prison, Rolling died by lethal injection in 2006. In some ways, the serial killer tragically got his wish. He’s been memorialized many times in pop culture from “Scream” to the documentary “The Making of a Serial Killer: The True Story of the Gainesville Murders in the Killers’ Own Words” as well as books including “Foul Blood” and “Beyond Murder”.