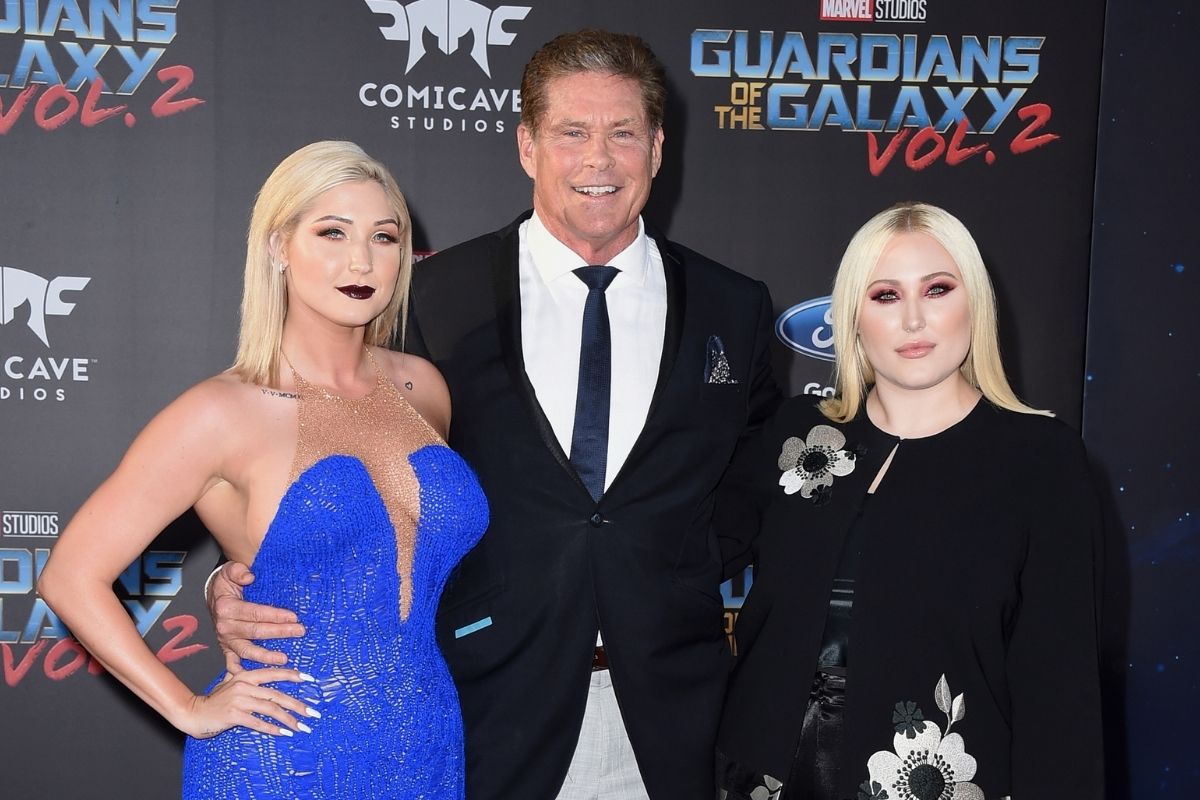 To millions of fans, David Michael Hasselhoff will always be the bronzed, muscular god among lifeguards, Mitch Buchannon of Baywatch and Baywatch Nights. To others, he is the crime-throttling Michael Knight of the Knight Rider TV series. But to his two daughters Taylor and Hayley, David Hasselhoff is, well, their dad.

As The Hoff explained in an interview with The Guardian, he tried to give his daughters a normal life. “When I was at home, I was Dad,” the Baltimore, Maryland native said. “I took them to swimming and soccer and did all the dad stuff. When I was away working, I think they thought I was just hanging out at the beach or visiting Germany for fun.” The actor did such a good job keeping things normal at home, his daughters never even realized how big of a star their pops was.

In this article, we’ll look past Hasselhoff’s impressive Hollywood career — as he raised his girls to do — and get to know the doting dad and his daughters.

After divorcing his ex-wife Catherine Hickland, Hasselhoff married his second wife: actress Pamela Bach. A year after the Hoff married the More than Puppy Love star, Bach gave birth to Taylor-Ann Janice on May 5, 1990, in Los Angeles, California. As a youngster, Taylor could be spotted on the red carpet with her dad. Like the  Britain’s Got Talent judge, she was drawn to acting and the entertainment world. After graduating from the University of Arizona in Tuscon, Taylor appeared as herself in a number of TV shows — including the reality show Meet the Hasselhoffs, Rachael Ray, Daybreak, and Rich Kids of Beverly Hills.

Taylor joined her pops on the cast of Baywatch as Betsy from 1999 to 2000.  She went on to act in TV shows like The Young and the Restless and flicks like Sharknado 4: The 4th Awakens.  Outside of show biz, Taylor is a real estate agent who regularly appears on CNBC’s Listing Impossible.

Born August 26, 1992, Hayley Hasselhoff was the second child of Hasselhoff and Bach. She caught the acting bug from her pops and older sister, starring alongside her sis in Baywatch and Sharknado 4.

Hayley is also a plus-size model who has walked the runway at the Paris Pulp Fashion Week,  the UK Plus Size Fashion Week, and many more. She’s can be spotted on fashion magazines like Bellow and Very UK.

The Looking For Freedom singer is currently married to a Welsh woman named Hayley Roberts from the town of Glynneath in Wales. The two were married in Puglia, Italy, in 2018. The large age gap between the Hollywood Walk of Fame star and his wife Hayley has raised some eyebrows, but sources say that she gets along well with her stepdaughters.

Watch: ‘Baywatch’: Where is the Sexy Cast Now?