While appearing on Friday’s “The Late Show,” Conan O’Brien revealed that David Letterman once bought him a horse as a thank you present after he retired.

Following Letterman’s retirement, O’Brien was told the former “Late Show” host would be sending him a token of his appreciation, which turned out to be the horse. O’Brien got word that a truck with his gift was stuck at the Warner Bros entry gate because it was too wide.

RELATED: Bob Newhart talks to Conan O’Brien about the beginning of his glorious friendship with Don Rickles

The gift was certainly not a car. Instead, it was a “crazy” horse named Dave, who threw riders off his back, forcing O’Brien to pay for an expensive horse lawyer to cover legal issues. He then had to care for the young horse.

“By this point, one of my children is no longer being schooled, this is costing so much,” he joked about what life was like two years into taking care of the horse. “It’s the boy; it wasn’t going to work out anyway – he’s good with his hands.”

Luckily, he and his wife donated the horse to a horse massage center, where students can practice horse massages on him.

.@ConanOBrien: ‘Look at the expression on my face. That’s a man who doesn’t know what to do with a horse.' pic.twitter.com/O2iywXzEWa

RELATED: Netflix has coaxed David Letterman out of retirement, and his fans couldn’t be happier 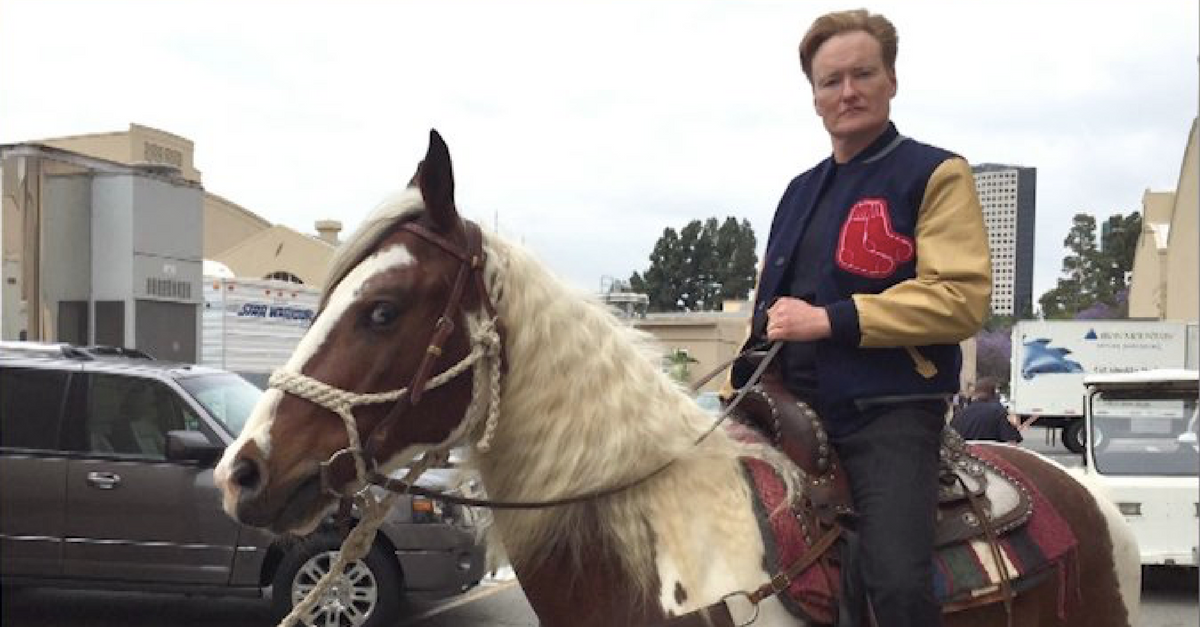