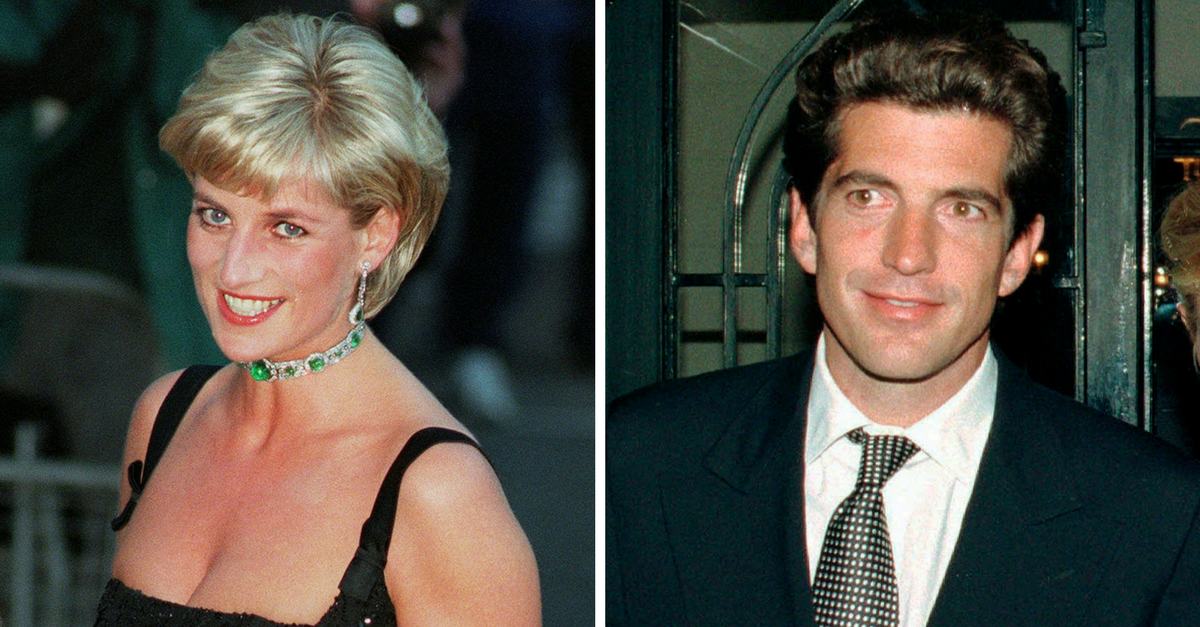 Many have suggested that Princess Diana and John F. Kennedy Jr. had an affair one day in 1995 when they met up at the Carlyle Hotel in New York City. Others have disputed that claim, but no one has ever been quite sure what really went down between the royal and the former president’s son.

Years later, some who knew JFK Jr. are revealing what he had to say about the princess after their meeting. According to his executive assistant RoseMarie Terenzio, Kennedy was hoping to convince Princess Diana, after her split from Prince Charles, to pose for the cover of his political magazine “George,” so the two agreed to meet at the Carlyle to discuss the proposition.

“I remember him saying, ‘There?s no way someone is not going to leak it. There?s going to be paparazzi everywhere,'” his former executive assistant RoseMarie Terenzio recalls. “Someone suggested he go in disguise and I said, ‘That?s ridiculous. You?re not doing that!'”

Instead, Terenzio convinced Kennedy and Diana to walk right through the hotel’s front entrance, knowing that the press would be gathered at the side entrance expecting to catch them there. The pair walked right in and held their meeting in Diana’s suite.

“He was very careful what he said,” Creative Director Matt Berman recalled. “The one funny thing he said was, ‘She?s got a great pair of legs.'”

“I do remember him saying, ‘She?s really tall!'” Terenzio added. “He also said she was very shy. He was surprised how demure she was. I think they had both met Mother Theresa so they spoke about that. And he said how lovely she was.”

Perhaps that’s all there was to it and there’s nothing left to find, but rumors as old as 2005 that suggest JFK Jr. actually had a top secret one-night-stand the day he met Princess Diana are still swirling.

“We started talking, one thing led to another – and we ended up in bed. It was pure chemistry,” Diana’s close friend and confidante Simone Simmons claims she told her during their alleged conversation about the meeting. “It happened. And he was an amazing lover – a ten, the tops.”

The royal’s former butler Paul Burrell, however, has refuted Simmons’ claim, saying, “Simone has concocted a fantastical story of nonsense in much the same vein as the mystical rubbish she used to feed the princess. That the princess has an affair with JFK Jr. is simply untrue.”

Rumors are best left to the Hollywood Hills in California, but you can’t deny that some secret meeting very well could have happened that night in Manhattan. For now, we’ll just have to let sleeping dogs lie. After all, there’s an American in the royal family now and Meghan Markle is holding it down just fine, despite what her father says.

Watch: First Responder Who Tried to Save Princess Diana Recalls Her Final Moments