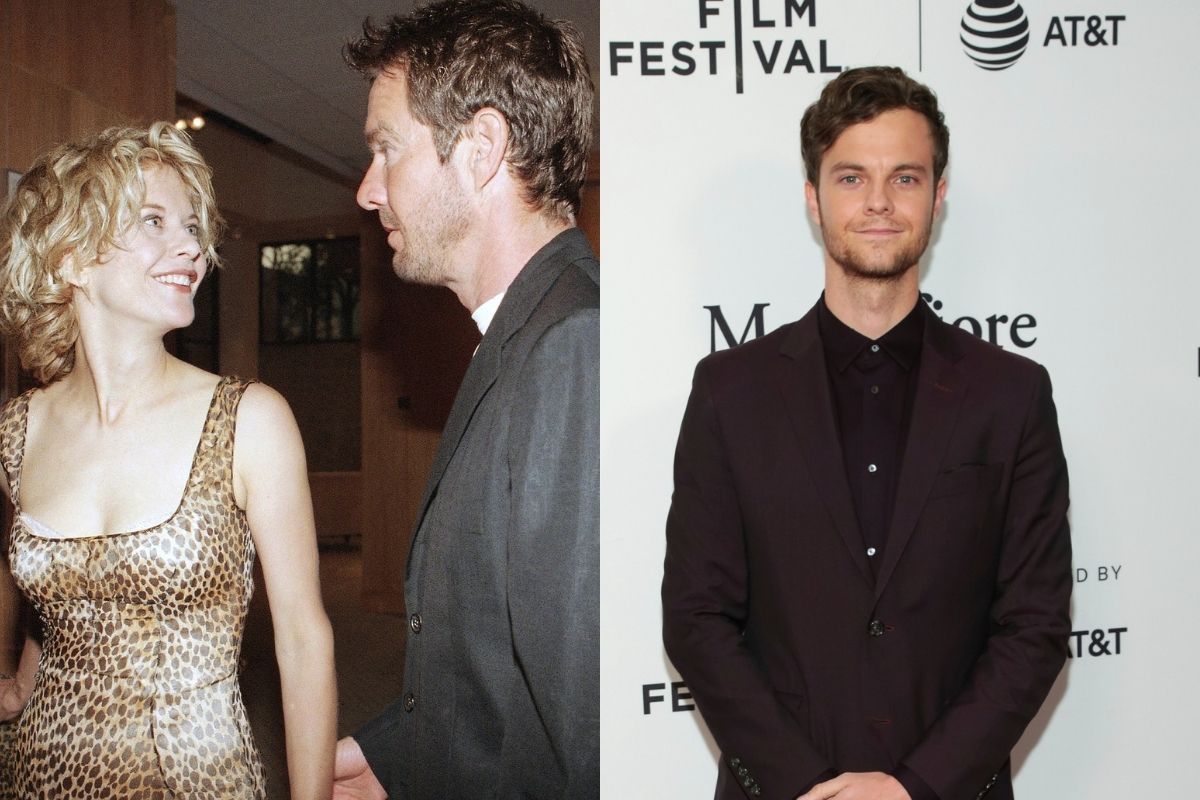 Oh my, I have certainly been living under a heavy rock! First off, I didn’t even know actor Dennis Quaid and actress Meg Ryan were together, let alone married for 10 whole years! The two well-known Hollywood actresses had a 13-year long relationship that ultimately collapsed from the pressure of Hollywood. Recently, the When Harry Met Sally actress opened up to The New York Times Magazine about her divorce from Quaid. Speaking about the split, the actress noted, “Divorce is hard. Love is hard. All those things were so personal. They weren’t for mass consumption. The complexity of a life or a marriage is never going to exist in a headline or a tabloid. That was a freeing thing to know! Though fame has become so democratized now.”

The Hollywood stars met on the set of their first movie together, Innerspace, but they didn’t begin to date until their second film together D.O.A.. in 1988. Ever since the public was obsessed with watching both their on-screen and off-screen romance blossom. The couple married in February 1991 and shortly had their son Jack Quaid on April 24, 1992. Throughout the years, they have both spoken about how they truly had a beautiful marriage but the pressure of Hollywood took a toll on each of them and Ryan was bothered by the false narratives that were built by the media.

Quaid’s addiction to alcohol and cocaine was also a factor for the split. But, the media had quickly assumed that their divorce in 2000 was due to an affair between Russell Crowe and Ryan, but both of the actors stayed very quiet about the detail, leaving fans to draw their own conclusion. Years later, Ryan clarified that it was actually Quaid who had multiple infidelities during their marriage, and his struggles with addiction are what led to the breakup. Ryan told Oprah that she didn’t necessarily leave Quaid for Crowe, the couple had already been separated for a while before she started her short relationship with the Hollywood movie star.

Fast forward to more than 10 years later, both Hollywood actors are in stable relationships. In 2019 Meg Ryan announced she and John Mellencamp were engaged a year after rekindling their romance. The two began dating in 2001 but split in 2014 due to long distance. But they quietly got back together in 2017, and the rest has been history. As far as The Parent Trap star, In June 2020, the actor announced he and his wife, 27-year-old Laura Savoie were married. The. The couple got engaged in October 20196 and eloped in Santa Barbara. Despite their big age difference, the couple seems to be happy and in love.

Despite their marriage ending, the couple still speaks very tightly of one another. Probably because they did have one reason to be thankful they met, which is their son Jack Quaid. Quaid is quickly following the footsteps of his famous parents quite successfully. According to Quaid, his son has always been interested in the acting business but didn’t want help from his parents. Speaking with Kelly Clarkson on The Kelly Clarkson Show, Quaid stated his son wanted to make his own way with the help of them both to prove that he could actually act. He stated, “My agent wanted to represent him and he said no I want to do it on my own. And then, of course, he gets an agent on his own and his first movie is ‘Hunger Games.'”

After the Hunger Games, the Los Angeles, California native then went on to play a role in Martin Scorsese’s TV series Vinyl. Now, Jack is on The Boys on Amazon Prime which has been the talk of 2020. The Boys is a superhero streaming television series that was developed by Eric Kripke for Prime video. It is based on the comic book of the same name and follows a team of vigilantes as they combat individuals who have superpowers and abuse their abilities. Jack, who is very active on social media, is also set to star in the upcoming fifth installment of the Scream franchise that is scheduled for release in 2020. Safe to say the 28-year-old is doing just fine in the Hollywood world.