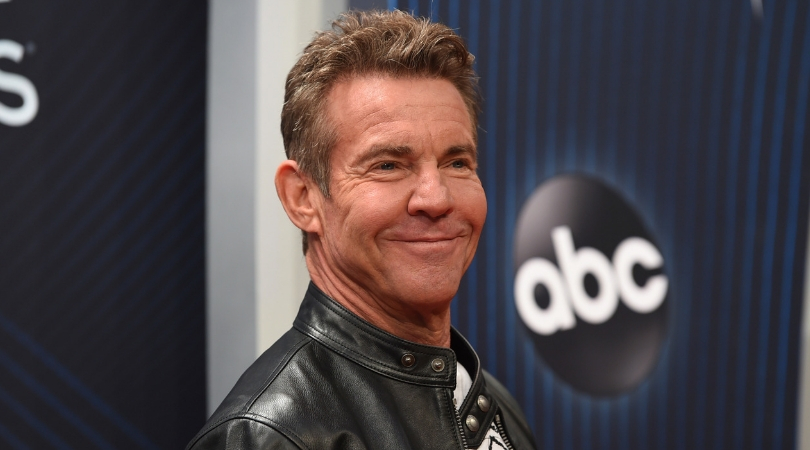 This article was originally published on October 21, 2019. It was updated on June 24, 2020, after the couple announced their marriage.

Well isn?t this the surprise we have all been waiting for! Denis Quaid and Laura Savoie are now officially husband and wife. The couple, who got engaged last October 2019, decided to elope in Santa Barbara and were married at a seaside resort on June 2nd. According to Quaid, the wedding was beautiful and his bride was stunning.

The couple had officially planed for a wedding in April in Hawaii, and a second reception for family and friends Nashville, but had to postpone the celebration due to the Coronavirus pandemic. On June 2nd, with only their Pastor as a witness, Quaid, 66, and Savoie, 27, decided to exchange traditional vows and Bulgari rings.

Quaid and Savoie met at a business event before they began dating in May 2019. The Parent Trap actor, who has previously been married three times, said it was love at first sight. Savoie, originally from St. Louise, attended Pepperdine University, where she was a valedictorian, and went on to get a master’s degree in accountancy at the University of North of them.

Speaking about Quaid, Savoie stated she had, “never met someone who is so in love with life. It?s like nothing can bring him down. Just getting to do life with someone who lives that way is inspiring for me. It changes my perspective and it brings so much joy to every day.”

People Now: Exclusive! Inside Dennis Quaid and Laura Savoie's Wedding: 'Love Has a Way of Surprising You' – Watch the Full Episode​ https://t.co/R7jZjopvHF

You know how they say that age is just a number? Well, two lovebirds are proof of that. Turns out Dennis Quaid is officially engaged to 26-year-old (!!!) Laura Savoie after several months of dating. The 65-year-old actor gushed about his engagement over the weekend saying he had the ring in his pocket for a month and a half and wanted to propose in private.

The Parent Trap star revealed that he waited for the perfect sunset to go down on one knee and proposed. Savoie was reportedly taking a selfie of the two and then he put the ring in front of her asking if she would marry him, as she quickly fell to the floor in sudden shock. He stated, ?It happened on the very northernmost point of Oahu, at Turtle Bay, It was kind of spontaneous. It was very much a surprise.?

A 39-year-old Dennis Quaid sits outside a hospital’s nursery, he’s approached by a new father, “Which one is yours?”

Dennis points at an adorable newborn, “In 26 years, that one.” https://t.co/cKRcSLNSaX

The couple was first spotted together in May 2019 after having dinner at Craig’s in West Hollywood. Quaid was previously linked to 32-year-old Santa Auzina, after being photographed together last December.

Savoie graduated as a Valedictorian from Pepperdine University, she was previously dating actor Jeremy Piven. According to US Weekly, her private Instagram account features several pictures of Quaid and her together, recently sharing a photo of herself and Quaid kissing. As far as how Us Weekly got a hold of those pictures, who knows, but hey I totally believe it.

Dennis Quaid, 65, and Laura Savoie, 26, were spotted enjoying a holiday in Hawaii on Friday. Savoie is studying a PhD in accounting at the University of Texas at Austin's McCombs School of Business and is expected to graduate next year. pic.twitter.com/cAZagb8I0O

The actor was previously married to Kimberly Buffington from 2004 until their split in 2016, and share joint custody of their children Zoe Grace and Thomas Boone He was also married to actress P. J. Soles from 1978 to 1983 and Meg Ryan from 1991 to 2001. Ryan and Quaid share a 27-year-old son named Jack.

I guess all I have to say about this is congratulations to the happy couple? I mean love Is love, who am I to judge right? But I will say this, being in my mid-20s and dating someone almost 40 years older than I am is a little bit weird. Plus, his son is older than Savoie. Let’s not forget that he was 39-year-old when she was born. Yup, that’s quite a difference. Thanksgiving is sure going to be awkward this year. But hey, that?s none of my business. Long live the Quaid?s?