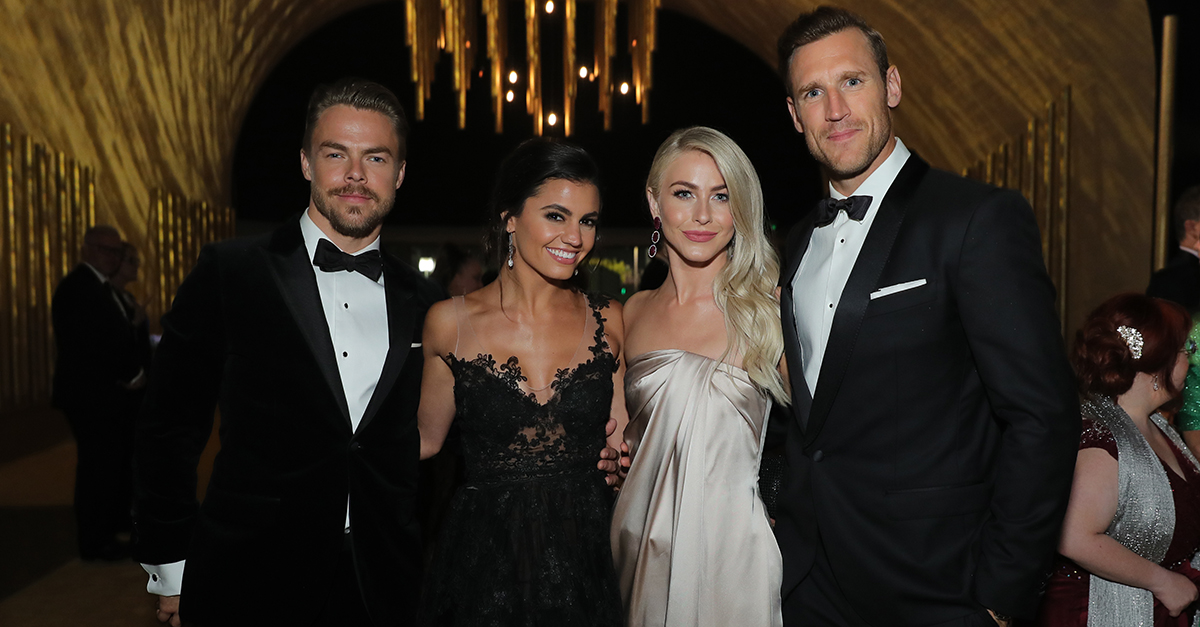 Hough’s brother, Derek Hough, shared an update on his sister and new brother-in-law are getting along as newlyweds at a California Christmas at The Grove in L.A. over the weekend.

“She?s amazing, she?s happy and incredible,? he told US Weekly. “I love him so much, he?s an amazing guy to have as a brother.?

They might be blissfully settling into married life but that doesn’t mean kids are coming anytime soon for the couple.

The couple wed in front of family and friends in July after getting engaged in August 2015.

“I don?t think I ever really necessarily dreamed about my wedding as a kid,? the bride told PEOPLE following the “I dos.” ?But I know I will always cherish and remember it for the rest of my life.?

Derek Hough served as one of the groomsmen while the couple’s dogs were ring bearers. The reception was also held outdoors, and guests dined on Smoked Columbia River Steelhead with apple slaw and ginger glaze charcoal braised shortribs. Dessert included strawberry rhubarb crisp with sour cream whipped topping. Of course, the theatrical couple ended the night with a fireworks display for their friends before taking off on their honeymoon in Africa.