Designer of “The Matrix” code reveals its hidden meaning, and we’re not sure how to feel 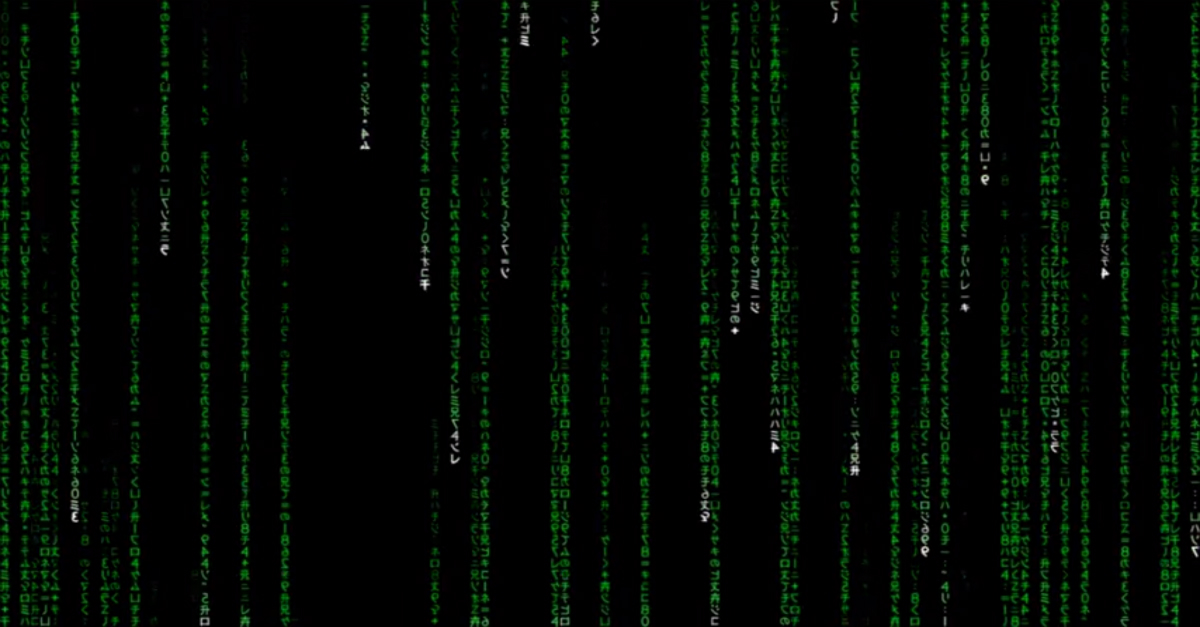 “The Matrix” was one of the most successful movies of the 90’s. It entered the pop-culture lexicon almost immediately and inspired an abundance of questionable fashion decisions. The movie was heavy on impressive visual effects and light on emotional dialogue, character development and coherence — but the fight scenes were awesome!

Have you ever wondered what that green text in ?The Matrix? actually means? You almost definitely haven’t, but if you’re a fan of answers to questions you didn’t ask, you’ll love love this explanation from  the movie’s production designer Simon Whiteley, who designed the ?digital rain? — even though it’s more of a letdown than the franchise’s third movie.

RELATED: A line from the season premiere of ?The Walking Dead? may have hinted at how the season will end

?I like to tell everybody that ‘The Matrix’?s code is made out of Japanese sushi recipes,? Whiteley told CNet in a recent interview. He claims he scanned the characters from his wife?s Japanese cookbooks and, ?without that code, there is no Matrix.? Wow! Our minds are blown. We just thought it was binary or something equally dull. But no, it’s sushi. The answer is sushi.

So there you have it. The answer to an 18-year-old question nobody asked.