The couple headed to the altar on Saturday in a solemnly religious ceremony at Hanover’s Market Church in front of nearly 600 guests. Meanwhile, a crowd of thousands gathered outside of the venue.

The couple, who had previously wed in a civil ceremony on Thursday, exited the church and entered a red silk-lined carriage as church bells tolled, onlookers cheered and a 100-member local honor guard saluted them. Two celebrations, a luncheon at the historic Herrenhauser Gardens and an evening event at Marienburg Castle followed the nuptials.

RELATED: There is some royal wedding drama going on after this prince opposed his son’s marriage days before the ceremony

It was the controversial wedding of the year, as the prince’s father announced earlier this week that he does not approve of the marriage and did not attend the wedding. The groom’s mother did attend, however. While his stepmother was not present, many members of her family were, which signifies that she may have approved of the union.

“The decision was not easy for me because it concerns my son,” the prince’s father said, indicating that he disapproved because he wants castles and family property deeded to his son back. “But I am constrained to preserve the interests of the House of Hanover and the property, including cultural property, which has been its property for centuries.”

The bride, Russian-born, Czech-raised Ekaterina Malysheva, wore a traditional white gown and a family heirloom from her now husband’s family.

RELATED: Prince William and Prince Harry get nostalgic looking through old photos of their mother 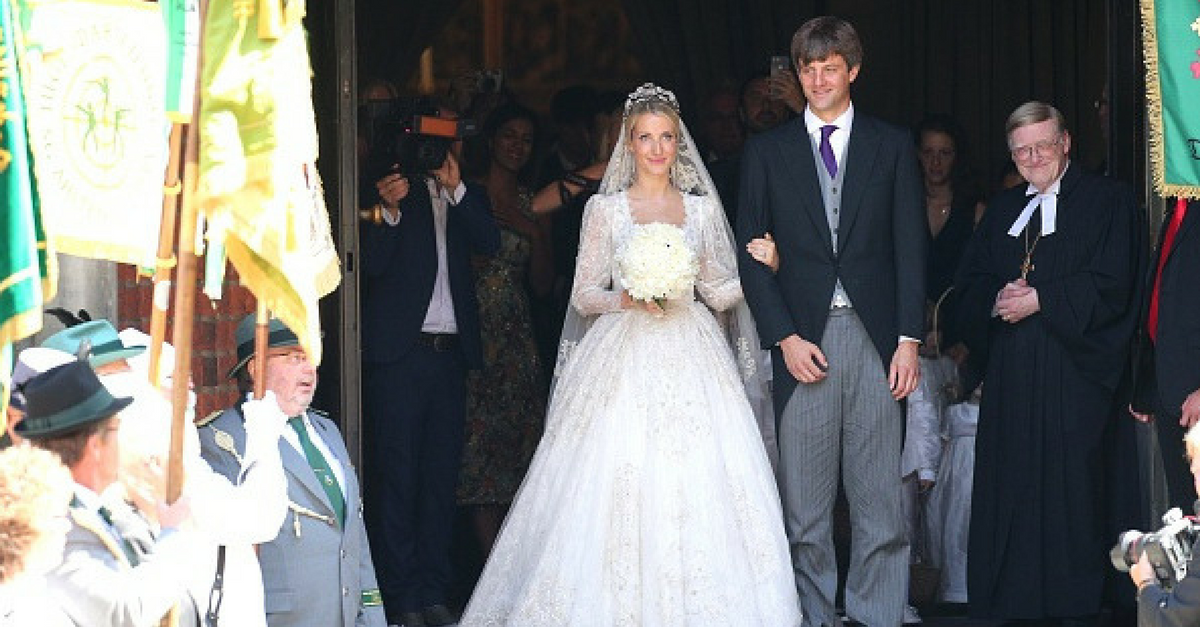