Diana Ross’ 5 Children are Just as Talented as the Singer 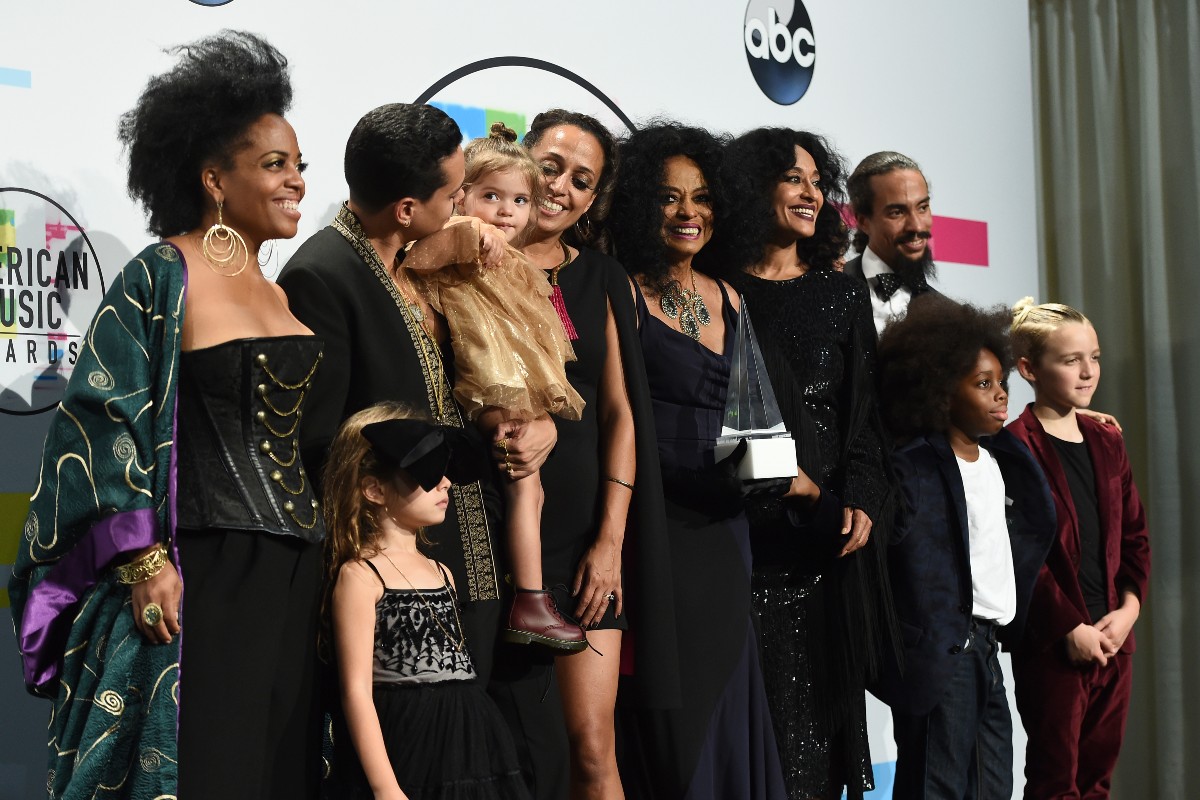 Diana Ross defined the music of Motown. She topped the billboard charts with classics like ?I?m Coming Out?, ?Endless Love?, and “Ain’t No Mountain High Enough”. She dazzled moviegoers in films like The Whiz and Lady Sings the Blues. But for all her accomplishments, Diana Ross considers her greatest legacy to be her five children.

Over the course of Diana?s ss extraordinary six-decade singing career, she kept her children first through her rise to international stardom. Far from letting fame transform her family values, the former lead singer of The Supremes remains a proud mother who does total mom stuff — like taking her grandkids to parades and losing her fanny pack while discount shopping.

So, in this article, we won?t list off her musical achievements or gush over the dress she wore to the Grammy Awards. Instead, we?re going to tell the story of the part of her life that Diana is most proud of: Her family.

Our story begins in 1965 with a sort-of-secret romance between Diana and Motown Records founder Berry Gordy Jr. A few years into their love affair, Diana became pregnant with her first daughter, Rhonda Ross Kendrick?also known as Rhonda Suzanne Silberstein. Although Diana would marry and raise her daughter Rhonda with her first husband, music executive Robert Ellis Silberstein, Gordy remained a good family friend. Rhonda knew Gordy as ?Uncle BB? for most of her childhood and remains close with both Gordy and her stepfather to this day.

Like her mother, Rhonda became a singer-songwriter, actress, and entertainer. Rhonda married jazz pianist-composer Rodney Kendrick in 1996. In 2009, the talented couple shared a child of their own in 2009: Raif-Henok Emmanuel Kendrick.

I love this cover! 💙💚 I chatted with @shape about how I stay in my JOY during these stressful times for my November 2020 cover story. Issue hits newsstands this Friday 10/16! Link to read article in my Story. Luv u @micaiahcarter!

Next to join the family was Tracee Joy Silberstein, known professionally as Tracee Ellis Ross. Tracee was born in 1972 as the first biological child born to Diana Ross and Robert Silberstein. Like her mother and sister, Tracee developed a talent and taste for performance. After studying theater at Brown University, Tracee kicked off her acting career playing Kiki in Far Harbor, a 1996 movie starring Edward Atterton and Jenniffer Connelley.

Of the many roles that followed, Tracee is probably best known for playing Joan Clayton on the TV series Girlfriends and Rainbow Johnson on the series Black-ish. Tracee won a Golden Globe for best actress for her work in Black-ish, marking the first time a Black woman received the award since 1983.

Dance with fairies 🧚‍♀️ Ride unicorns 🦄 Swim with mermaids 🧜‍♀️ Chase your dreams 🌈 With a little magic and a whole lot of sparkle we celebrated Callaway's 8 birthday today! It wasn't the big bash of yesteryear, but it was perfect and full of joy, laughter and sugar…. lots of sugar! Happy birthday, Callaway! You bring so much happiness and fill each day with love and laughter! We could not love you more! #HappyBirthdayCallaway #thisis8 #birthdaygirl #happybirthday #callawaylane #love #babylove

Chudney didn?t stop there. Diana Ross?s daughter went on to write Lone Bean, a kid’s book about finding your place in the world. Chudney also founded and runs her own business: a bakery and learning center called Books and Cookies. Chudney has two children, Callaway Lane and Everlee, with her husband, Joshua Faulkner.

First day of the season skiing in Aspen

Diana and Arne would go on to share two children, the first of which was Ross Arne Naess in 1987. Diana’s son Ross has explored many different paths, working as a music producer and both an actor and producer in Hollywood. Like his mom, Ross values family and became a devoted dad after marrying Kimberly Ryan in 2017. Ross and Kimberly share two kids: Leif and Indigo.

@pinkskiesaheadmovie premieres this Sunday, October 18th at the #AFIfest!! Link to tickets in my story.

Last, but certainly not least,  of Diana?s five kids came Evan Ross. Diana’s son Evan was born in 1988 to Diana and Arnie. Like his sisters before him, Ross was also called to Hollywood, debuting as an actor in the comedy-drama movie ATL before starring in The Hunger Games. Evan married singer Ashlee Simpson in 2014, becoming stepfather to Ashlee?s son, Bronx. Ashlee and Evan had Jagger Snow, their daughter, in 2015.