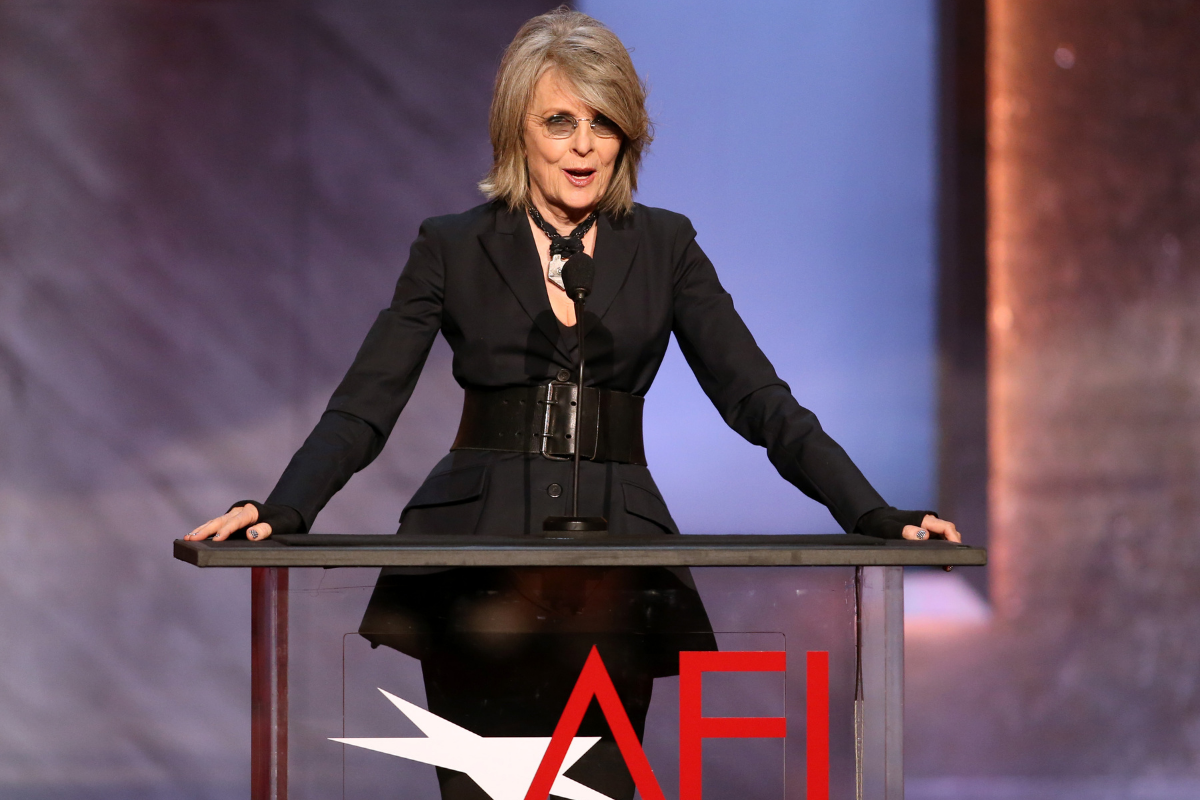 Hollywood big shot Diane Keaton, born Diane Hall, has worked so hard in her career. As some hardworking women do, she forwent having children in her younger years and has won accolades and Golden Globe Awards, but when her father, John Hall, died in 1990 of brain cancer, it awoke something in her. She didn’t want to have any regrets, so at the age of fifty, she decided to adopt two kids and has been living the family life she’s wanted, since then.

Her daughter Dexter is her first adoptive child, he was born in 1995, and she adopted her in 1996. She says that the decision changed her life. She feels her daughter is very similar; she loves to travel and resembles her adoptive mother from a very young age. Her son Duke was adopted in 2001 when he was onlyone. He is now twenty and just recently started attending the University of Arizona! He enjoys playing tennis, from the little we know about him. He does post pics from time to time on his social media, just enjoying his life.

On motherhood, Keaton noted, “I think it puts you in your place because it really forces you to address the issues that you claim to believe in. I mean, we can all sit here and talk, but it’s another thing to act that way in your life. So, I think that children are completely challenging and completely intoxicating. You really have to be your best self, always, and be honest.”

While she had many love interests, Keaton never married. Her suitors included Jack Nicholson, friend woody Allen, Sam Shepard, Al Pacino, and Warren Beatty. She says she wishes she’d found a man to be a good father for her kids. While she is more than capable of doing it herself, she seems not to have necessarily preferred to have been a single mother. She’s been quoted saying,“It’s not the worst tragedy. But I really wish I had bought myself a man! A good man who would be a great father, I really do. I think it’s a better way to go. “

Actress Diane Keaton started her career early. After finishing high school, she went straight to New York City, changed her name, and got her first collaboration with Woody Allen in 1969, “Play it again, Sam.” Her breakout role was in the Academy Award winner for Best Picture, The Godfather, directed by Francis Ford Coppola. Her next Academy Award-winning role as Annie Hall in 1977, for Best Actress in a lead role. Other work she is known for includes Marvin’s room, Manhattan Murder Mystery, Something’s Gotta Give, Father of the Bride with Steve Martin, The First Wives Club with co-stars Goldie Hawn and Bette Midler, Book Club more recently and in Love, Weddings & Other Disasters. Love, Weddings & Other Disasters was unfortunatly postponed by COVID-19, but will be viewable sometime soon. Keaton is also an author, publishing the memoir “Then Again” in 2011 and 2014’s “Let’s Say it Wasn’t Pretty.”

Watch: Jack Nicholson Learned His ‘Sister’ Was His Biological Mother at 37