George Washington Carver Didn’t Invent Peanut Butter. Is Everything I Learned a Lie? 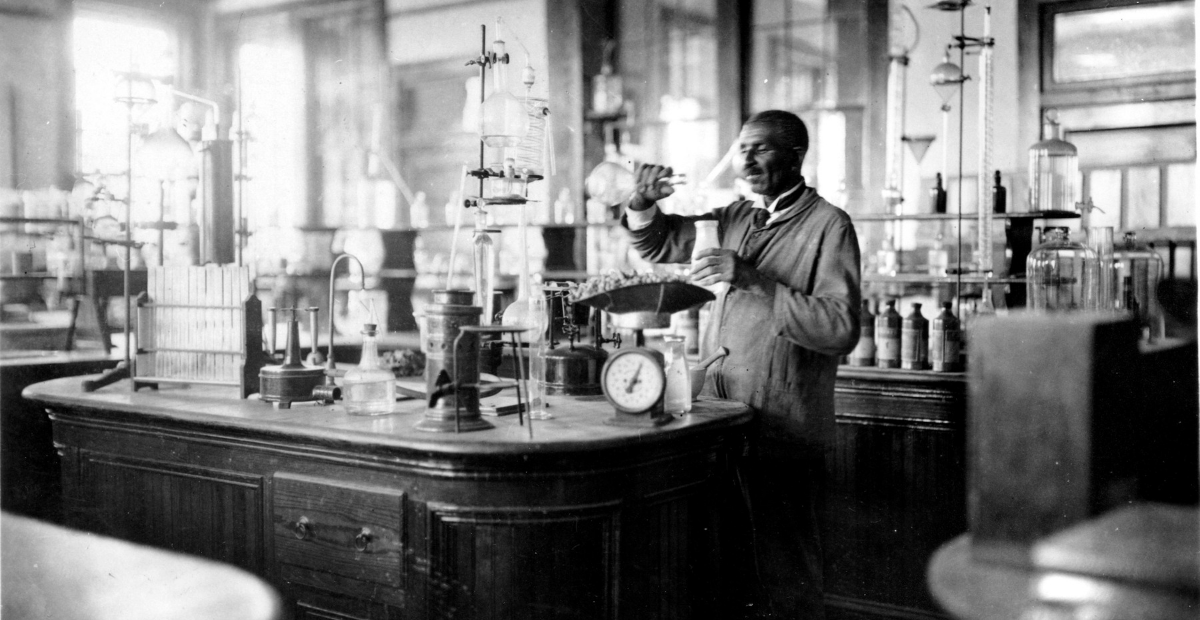 Did George Washington Carver invent peanut butter? Most Americans would say that he did. While he is considered the “Father of the Peanut Industry”, the popular belief that he invented peanut butter is a misconception. The first form of the product, peanut paste, was created by Marcellus Gilmore Edson (a Canadian!) by milling roasted peanuts between heated surfaces. He patented the product in the United States in 1883, initially selling it for about 6 cents per pound. Nearly a decade later, Dr. John Harvey Kellogg (Kellogg’s cereal, anyone?) patented a process from raw peanuts. It was marketed as a nutritious protein option for people who couldn’t chew solid food. The final evolution for the product came in 1903 when Dr. Ambrose Straub patented his peanut butter making machine.

Now that we know that peanut butter was invented by someone else, the question left is, If George Washington Carver did not invent peanut butter, what did he do?

What did George Washington Carver invent (if not peanut butter)?

Carver, who is credited for finding over 300 uses for peanuts in American history, had the most humble of beginnings. George Carver was born into slavery in the early 1860s. While the exact date of his birth is unknown, we know it was shortly before the outlaw of slavery in Missouri before the Civil War. When slavery was abolished, George and his older brother James were taken in by the family that owned them, the Carvers, Moses Carver and his wife. The couple raised George and James as their own children, encouraging George to continue to pursue his intellectual interests.

Carver graduated from Minneapolis High School in Kansas. When he was denied entry to Highland University in Kansas years later due to his race, he travelled to Ness County where he worked odd jobs and maintained a 17-acre plot of land growing corn, rice, fruit and Indian corn. Two years post, after receiving a loan for education, he started studying art and piano at Simpson College. His art teacher noticed his skill for painting flowers and plants and encouraged him to study botany. Carver transferred to Iowa State Agricultural College University, where he was the first African American student to enroll, and received his Bachelor?s degree and later, a Master’s degree in 1896. He was the first African American faculty member at Iowa State University, as well.

After teaching at Iowa State University, Booker T. Washington invited Carver to lead the agriculture department at Tuskegee Institute. This is where he taught systematic crop rotation to prolong the life of the soil. Carver alternated cotton crops with sweet potatoes and peanuts, soybeans or other legumes. He wanted to help improve nutrition in the South, so he was sure to distribute recipes using the vegetables he studied.

Carver was more than his inventive mind. When he wasn’t finding finding many uses for sweet potatoes and peanuts, such as plant dye, and popularizing peanut butter, he was creating art. His artwork was featured in the 1893 World’s Fair. He was, however, so influential that his counsel was sought by those in high positions of power. Mahatma Gandhi sought his advice on agricultural and nutritional matters. Henry Ford requested Carver’s help to make peanut butter rubber for World War II cannons, as well.

Carver studied the peanut in depth, at times separating all the elements of oils, gums, fats and sugars. He found over 300 uses for the peanut including, but not limited to chili sauce, caramel, mayonnaise, and even coffee.  His discoveries stretch far and wide past ingestible products. He also found everyday household products and some cosmetics. Glue, rubber, axle grease, insecticides, Shaving cream, face powder, shampoo and hand lotion are a sliver of his findings..

Today, there are multiple George Washington Carver Museums, including one in Tuskegee, Alabama, with nutrition facts and quotes from the famed botanist. Thanks to his 44 published bulletins for farmers, we have invaluable knowledge on how to sustainably grow crops.

Watch: People Are Freaking out About Peanut Butter and Mayo Sandwiches