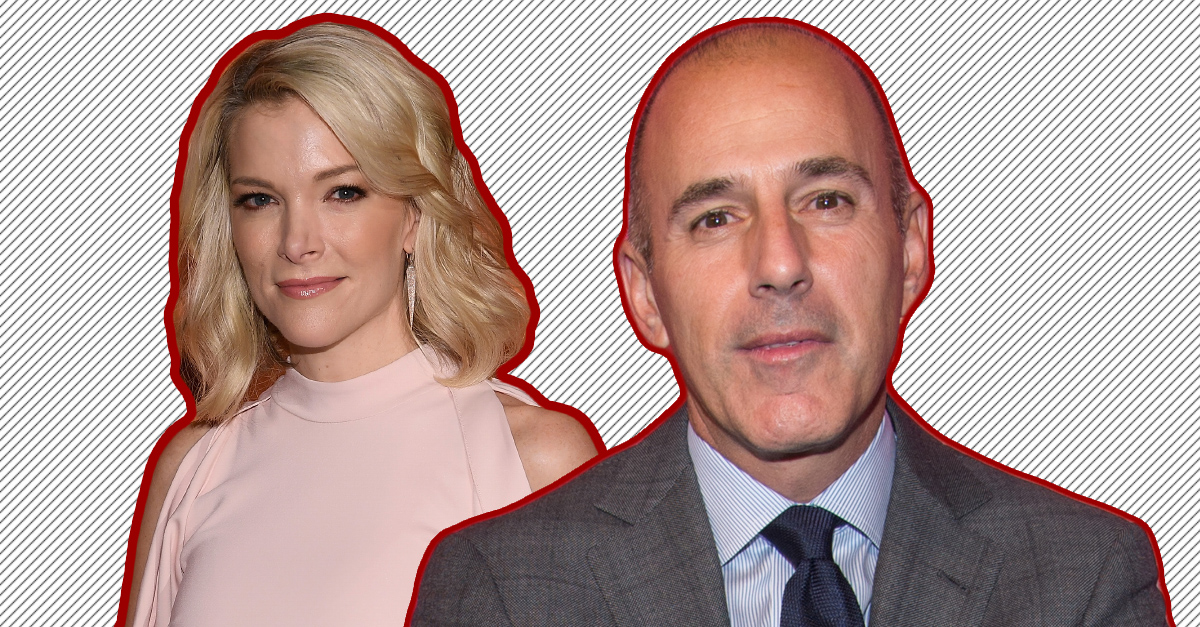 RELATED: Megyn Kelly has invited former colleague Matt Lauer ? and the women who accused him of sexual assault ? onto her show

Kelly, who joined NBC this year after 12 years at Fox News, hosts the 9 a.m. hour of “TODAY,” and since her show’s debut, the ratings have been underwhelming–much like the reviews.

Nevertheless, unnamed sources have told Page Six that Kelly would like Lauer’s cush gig. It was rumored that the anchor, who would have celebrated 20 years at the “TODAY” helm in 2018, signed a two-year contract in 2016 for upwards of $25 million per year.

In the meantime, the blonde dynamo is becoming an advocate for women’s rights at the workplace, and at the Business Insider Ignition conference in New York on Wednesday, she told the crowd:

Let me tell you, if a woman came to me at NBC News and said this has happened to me . . . A.) I would advise her on what to do and B.) I would work it behind the scenes, even if I had to go into the boss? office and say, ?Here?s a name, go investigate, you have to do some sort of looking. I?m not going to tell you who reported it. I don?t have to.?

Kelly is reportedly hoping to frame herself as a role model for younger women at NBC.

Meanwhile, the first images of ousted Lauer surfaced Thursday, when he met an acquaintance on the street near his Hamptons home.

WATCH: First photo of Matt Lauer surfaces after firing as NBC and former executives deny prior knowledge of compaints pic.twitter.com/ymQgFuMzec

RELATED: Things are still going badly for Megyn Kelly and one ?TODAY? anchor isn?t defending her