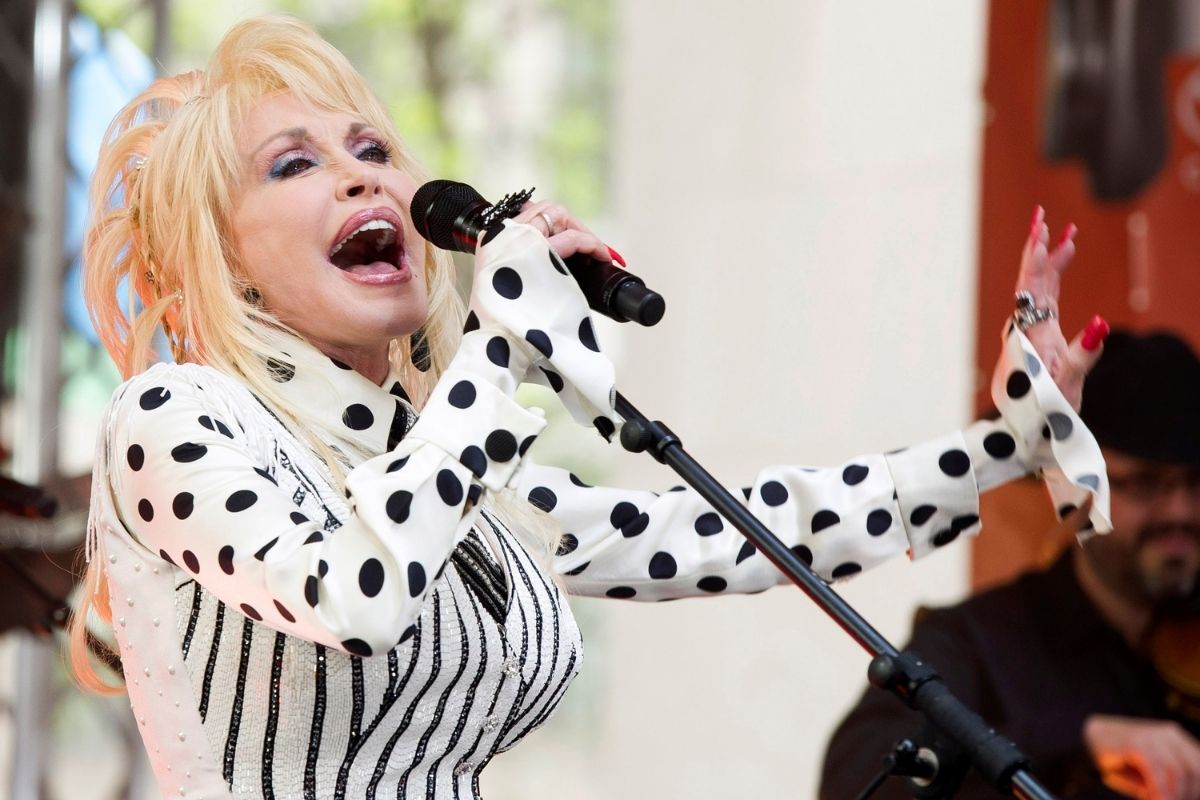 Dolly Parton is simply an icon. She’s been writing and performing hits since the 1960s, and in all, has sold more than 100 million records worldwide. That’s not to mention her fabulous career in film and never-ending wardrobe of sequined, skintight looks that have set the bodacious country star apart for decades. In fact, Dolly Parton is so consistent — so ageless — it’s hard to believe she turns 75 today. But on this, Dolly’s birthday, we want to celebrate another side of the country legend: her philanthropy. Starting in her beloved hometown.

Dolly Parton was born on January 19, 1946, in a rustic one-room cabin in Pittman Center, Tennessee. She was the fourth of 12 children in a “dirt poor” family. Her father worked in the East Tennessee mountains as a sharecropper. He was illiterate. But Dolly always recognized his intellectual ability. She thought, “God, if he’d had an education, I wonder what all he might’ve been?” Dolly herself knew she had to finish high school. Even though her singing career picked up from a young age — Dolly performed at the Grand Ole Opry as a teen and even met Johnny Cash! — Dolly was committed to graduating from Sevier County High School. In 1964, she did. And then she moved to Nashville the next day.

“In the Good Ole Days (When Times Were Bad)”

Dolly Patron’s career picked up quickly in the bustling, musical hub of Nashville, Tennessee. Her impoverished past inspired some of her earliest solo efforts, including “In the Good Ole Days (When Times Were Bad)” and “Coat of Many Colors.” By the 1970s, Dolly was a recognizable figure in the country scene and an in-demand songwriter. (Elvis wanted to record Dolly’s original 1974 song, “I Will Always Love You,” but Dolly rejected Colonel Tom Parker’s deal.

The Colonel told Dolly it was for the songwriter to sign over half of her publishing rights. Ha! Whitney Houston would eventually do right by Dolly with “I Will Always Love You.”) As the decade progressed, Dolly expanded into both mainstream pop and American film, recording hits like “Here You Come Again,” “9 to 5,” and “Islands in the Stream” with Kenny Rogers. In 1987, her album Trio with Emmylou Harris and Linda Ronstadt achieved widespread critical acclaim. It was coming off this massive success that Dolly Parton returned to her home county in Tennessee and founded the charitable Buddy Program.

Entering the 1990’s, the high school dropout rate in Sevier County, Tennessee was severely high. More than 30% of students were not graduating. The choice to drop out, in addition to affecting students’ lives directly, also prevented the town from prospering over the decades. It looked like generational poverty would continue to cripple families across Sevier County. But Dolly Parton, who always believed in investing in East Tennessee, wanted her community donations to make a real difference. And so her non-profit organization, The Dollywood Foundation, conducted research. Seventh and eighth grade was identified as the key period in determining whether a child would finish school. Rather than speaking to high schoolers about the importance of graduating, it would be imperative to change the minds of middle schoolers. Professionals at the Dollywood Foundation discussed many ways to address this, but it was Dolly who eventually proposed the Buddy Program.

In 1991, the Sevier County seventh and eighth graders convened for a special assembly at the recently built Dollywood theme park in Pigeon Forge, Tennessee. Dolly Parton herself addressed the crowd of children and told everyone to choose a “Buddy.” If they didn’t have a Buddy, Dolly said she would find one for them. Once everyone was partnered up, Dolly made her ultimate announcement: she would personally give $500 to every student if they graduated from high school. But there was a catch. You would only get the money if your Buddy graduated as well. The students all signed a pledge, promising to hold one another accountable for graduating.

Although $500 might not sound like a lot now, Dolly’s incentive was enough to greatly decreased the dropout rate to 6% for both grades in the Buddy Program. And beyond those two graduating classes, the Buddy Program inspired the Sevierville East Tennessee community to continue exploring new initiatives to keep kids in school. And of course, that was not the last time Dolly Parton worked to ensure the educational success of today’s youngsters. Inspired by her own father’s illiteracy, Dolly Parton’s Imagination Library gifts new books to children from birth to age five across the United States, United Kingdom, Australia, Canada, and Ireland. These age-appropriate books motivate young readers who are so often overlooked, before the start of kindergarten. As of November 2020, over 148 million free books had been gifted.

WATCH: Pentatonix Won a Grammy for Their “Jolene’ Cover with Dolly Parton