Dr. Phil’s Youngest Son Grew Up To Be a Hollywood Musician 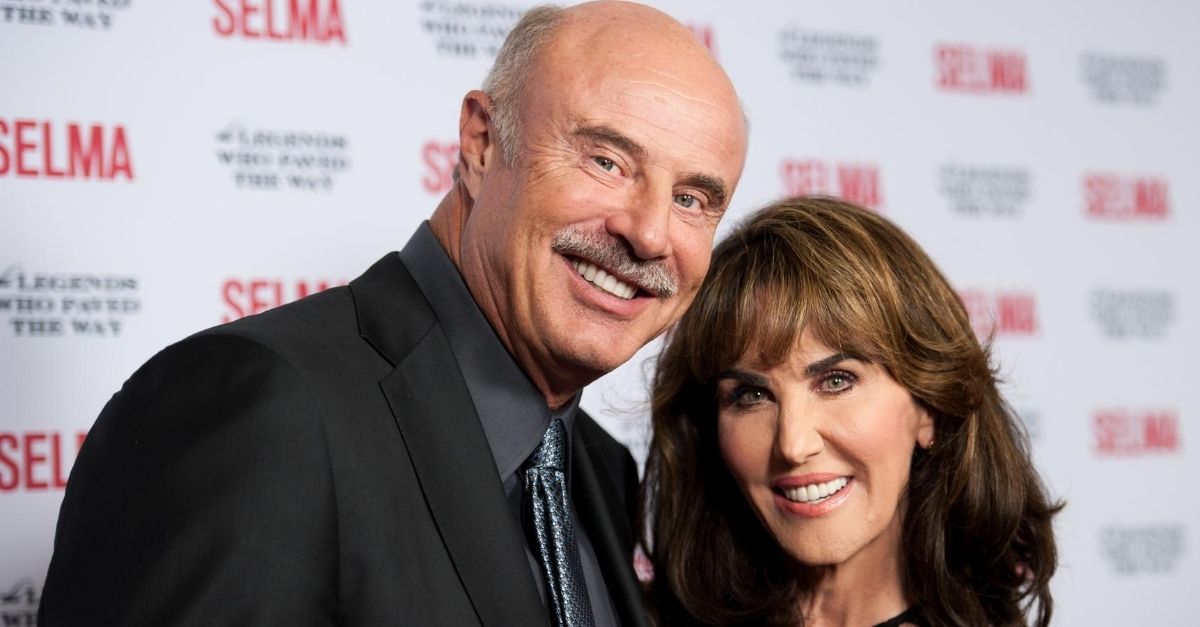 Many of us know Dr. Phil McGraw from his popular and hilarious television talk show, Dr. Phil Show. He’s pretty much known all around the United States for the advice that he gives to others on and off the screen. Safe to say he’s respected and trusted by many of us due to his comments on human behavior. Maybe it’s also because he attended top schools such as the University of North Texas and The University of Tulsa.

But, what about his family life? Did you know that Dr. Phil has been married to his wife Robin for more than 40 years? According to Dr. Phil, the couple is best friends and they’re each other’s biggest supporters. They are also on the same page when it comes to love and life. The couple has raised two sons, who are also making a name for themselves in the entertainment industry.

So, despite his TV shows being so crazy and outrageous, Dr. Phil has pretty much lived a very normal life. That being said he makes sure to always make the family a priority and isn’t afraid to show that once in a while. He’s spoken about how his family has important traditions for the holidays, his support for his wife, and they enjoy the special role of being grandparents.

The couple has been married for more than 44 years, celebrating their 40th wedding anniversary in 2016. Robin has shared one of the reasons why the relationship is so successful is they both dedicate to making it work. Speaking to People, she stated ? ?A lot of people say it is 50/50, but we both think it?s 100/100.? So, we both focused on the marriage ? and we did our homework before we got married. We sat down and both said what we needed from our marriage.?

But, Robin is not the first wife, believe it or not prior to this relationship, he was briefly married to another woman, Debbie Higgins. The couple was married from 1970 to 1973, but their marriage ended up in an annulment. Three years later on Valentine’s Day in 1976, he proposed to Robin. The couple went on to marry 6 months later.

Robin is actually a woman of many talents including owning a Lifestyle Brand called the Robin McGraw Revelations as well as partnering with Harvard graduate and dermatologist Dr. Jessica Wu, MD for a skincare line.

The couple is parents to two adult children Jordan and Jay, and grandparents to Jay and his wife, Erica’s two children, London and Avery. The couple is reportedly very close to the family making sure it is her first priority. Robin stated, ?At this point, our family would probably be number one, then our relationship. We spend a lot of time together, but we have our own interests separately.?

Their eldest, Jay McGraw is married to Erica Dahm, who’s a successful model, and like his parents have appeared to have a very successful marriage. The couple was married back in 2006. Thinking about how good of grandparents the duo is, Jay stated that the talk show host was actually a soft and loving grandfather which made it so much fun for his children. As far as Robin, she always makes sure to make them the center of attention and make sure they know there are special parts of their lives. Jay is known to be an American writer and television producer. He has written several books and is president and CEO of Stage 29 productions. He has also served as an executive producer on his dad’s television show.

Their youngest son, Jordan, has been making a name for himself in the music industry and on social media. In 2019 a Billboard article of his career was published about his new track called Flexible. McGraw also has a lot of famous friends who he recruited for the music video including John Mayer, Joe Jonas, and T-Pain. Speaking of his music, Jordan told Billboard he began to play music as an escape from reality. And in case you were wondering if he got his talent from both his parents, the answer is no. Dr. Phil himself has admitted that his son didn’t get it from him since he can’t play any instruments, which kind of makes you wonder where he got his new talents from.

What is Dr. Phil’s biggest advice when it comes to family? Well, it’s pretty sweet if you ask me. He spoke to Entertainment Tonight about quality time with family members who are around you, noting, “I always tell people to make time for each other. whether it’s a date night or an hour through the day. The stranger that feels, the further you’ve drifted away from what brought the two of you together. You need to remember and focus on why you feel in love with that person, to begin with.” As far as his success to his long marriage, he attributes it to dealing with problems head-on instead of ignoring them and letting things build up slowly. If someone has a disagreement, he suggests in making it your goal to be heard and understood rather than just agreeing with the situation.