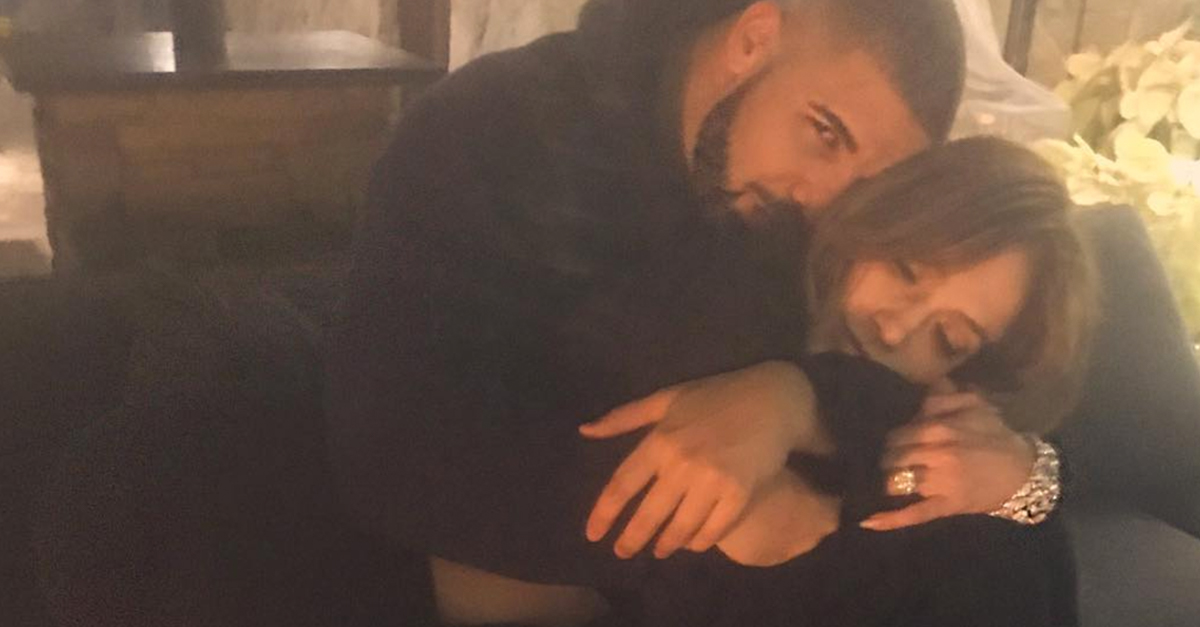 Drake and Jennifer Lopez started the new year off together.

According to E! News, Lopez attended Drake’s show at Hakkasan Las Vegas nightclub on Saturday night and continued to fuel the romance gossip. Lopez was reportedly in incognito and sitting in a VIP booth with friends. She recently canceled her own show in Miami on New Year’s Eve.

Drake reportedly did not acknowledge her during his 40 minute performance but around 2:30 a.m., the pair reportedly slipped out of the back door of the club together. They reportedly held hands as they escaped the club with their security guards in tow.

The two have not acknowledged their rumored relationship publicly, but sources close to Lopez say she is “having fun” with him.

They sparked rumors in December after he was spotted attending two of her concerts back-to-back and they were seen together at a restaurant.