Drew Barrymore met Cameron Diaz for the first time more than 30 years ago. Barrymore had been working at a Los Angeles coffee shop, where she served 16-year-old Diaz. The two stars got to talking,  and the rest, as they say, is history. In celebration of their enduring sisterhood, let’s take a look back at the relationship between the two Charlie’s Angels costars and real-life best friends.

After maintaining a casual acquaintanceship, Barrymore and Diaz formed a bond while filming a reboot of the ’70s TV series, Charlie’s Angels. Costarring in the film made the three women into “sisters” who would remain close for years after filming the movie. The trio would return years later to film the sequel, Charlie’s Angels: Full Throttle.

Diaz Supports Barrymore Through Her Divorce

When the Santa Clarita Diet star went through a divorce with her ex-husband  Will Kopelman, it was her co-Angels who came to her support through hangouts and spa days. Barrymore described her time during the divorce as a “very dark and fearful place”. During this time, Barrymore posted an Instagram selfie with Diaz, captioning the photo,

“Getting out of your house with your girlfriend. And being a whole person, with your sister. Remember to spend a moment with the ones you love in your busy life. She has made me feel beyond beautiful. Always has. Always will. #thankgodforyourfriends. They rejuvenate and confirm everything.”

Barrymore Interviews Diaz and Liu on Her Talk Show

When Drew Barrymore kicked off her new talk show, The Drew Barrymore Show, her first guests were her BFFs, Diaz and Liu. Before the episode, the trio had last reunited in May 2019, at the ceremony for Liu when she earned a star on the Hollywood Walk of Fame. “We have experienced life, love, death, birth, loss, gain, we have lived all of the different themes that life has in it, and so we want to explore that on this show,” Barrymore said. “I thought, ‘Who else better to do that with than two women I have been doing that with for 20 years?'”

Filming in the midst of the COVID-19 pandemic, Barrymore and her guests stayed at a safely socially distanced from one another. Despite the distance, the three Hollywood stars seemed closer than ever. “The thing that I love about our friendship is that we have been there in all the big and important moments,” Barrymore told her two guests on the show. “We’ve also been there in the small moments and the casual moments and the reason we are such good friends is because it’s real and we go through real stuff with each other. It’s not a Hollywood fairytale,” Barrymore said about their bond.” 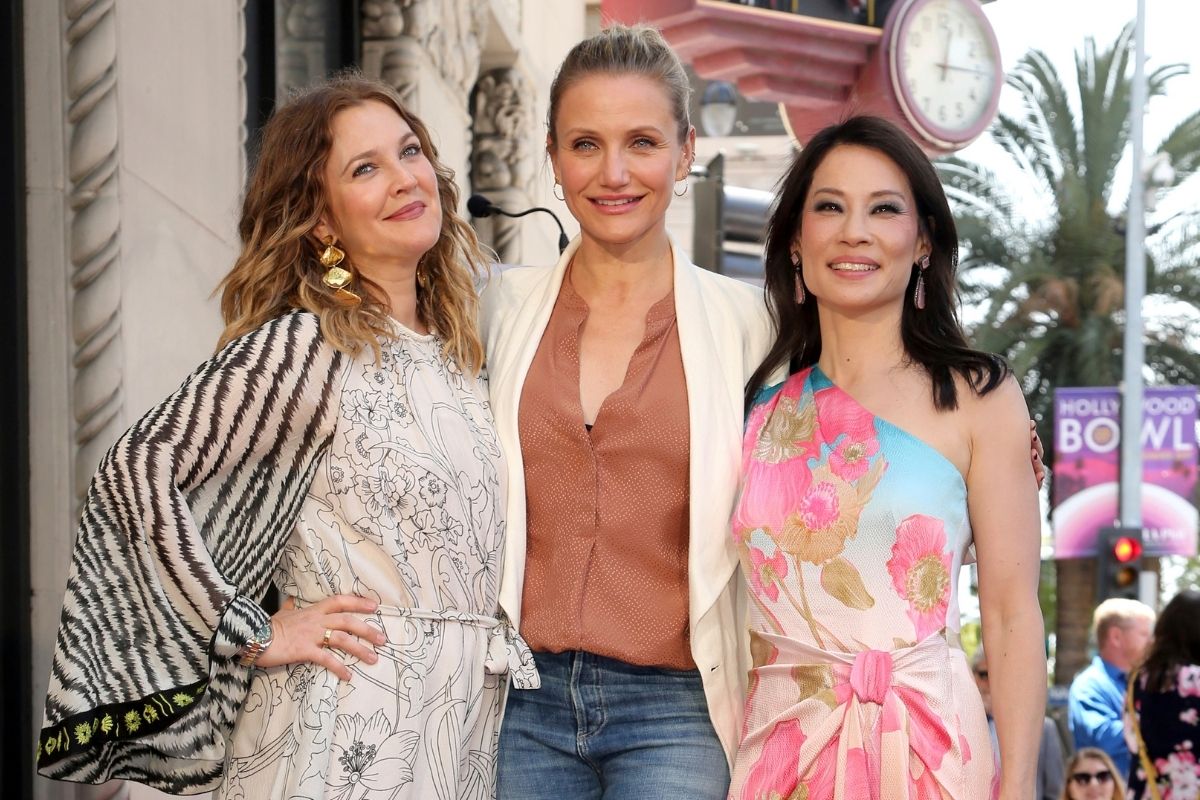