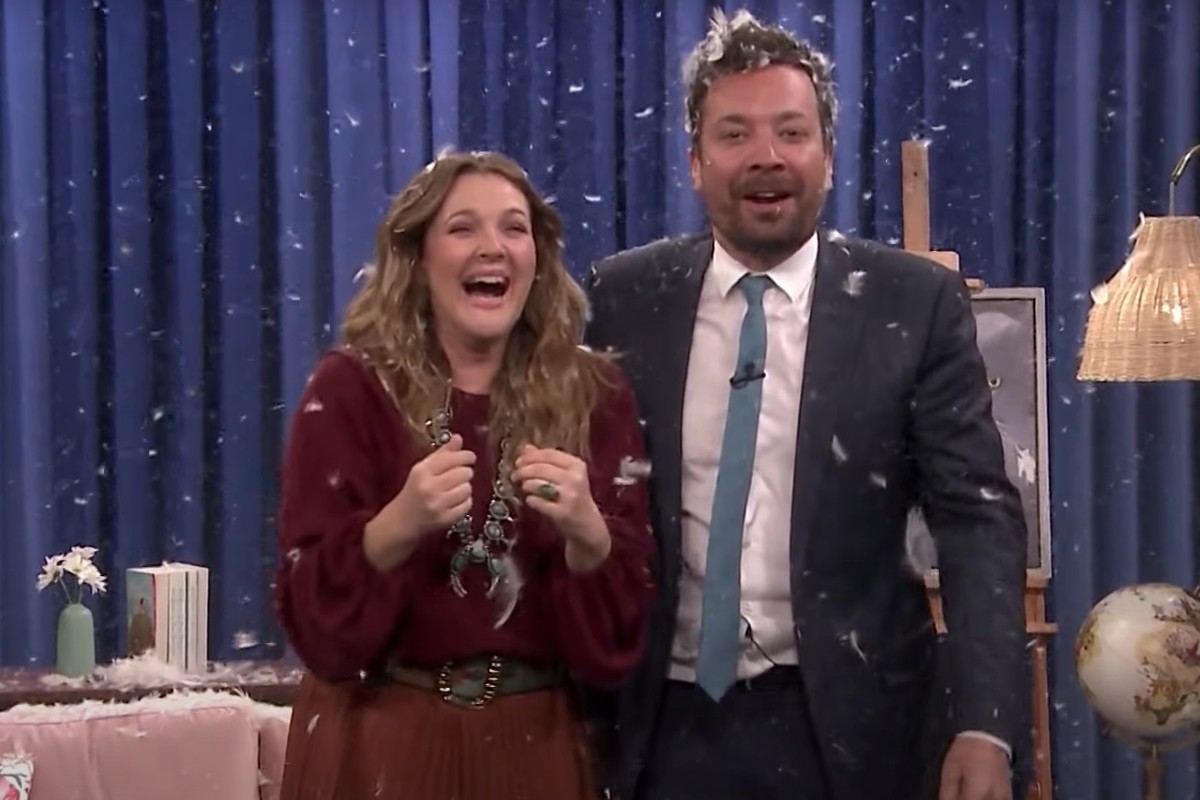 Spot a pair of celebs looking cute together, and it’s easy to automatically assume romance is a-brewin’. But in the case of Drew Barrymore and Jimmy Fallon, their relationship really is platonic. Still, the two celebs’ long-time friendship is as adorable as any fairytale Hollywood romance (if not more so).

Barrymore and Fallon’s friendship dates all the way back to Fallon’s Saturday Night Live days. At the time, Barrymore was running (and continues to run to this day) a production company, Flower Films, with Fallon’s wife-to-be, Nancy Juvonen. It was the Charlie’s Angels star who introduced Fallon and Juvonen on the night she hosted SNL in 2005. Barrymore had been rehearsing lines with Fallon when her friend walked into the room and caught the eye of the late-night NBC talk show host.

Along with Never Been Kissed, Donnie Darko, and 50 First Dates, Barrymore and Juvonen’s production company produced Fever Pitch. Barrymore and Fallon co-starred in the movie, and Fallon had a chance to be reunited with Juvonen while on set. As Barrymore and Fallon played lovers on screen, a romance quickly budded between Barrymore’s costar and production partner. Two years after filming Fever Pitch, Fallon proposed to Nancy at her parents’ New Hampshire vacation home in the summer of 2007. They were married that December.

Drew and Jimmy’s Kids Are Pals

Now, Fallon and his wife Nancy are proud parents of two daughters: A six-year-old named Winnie and a five-year-old named Frances (“Franny”). Barrymore’s daughters, Olive and Frankie, are good friends with Fallon’s daughters. The family Fallon is currently weathering the COVID-19 pandemic in the New York City home. On a recent episode of The Drew Barrymore Show, the host interviewed her friend — and the two buddies dove deep. Barrymore asked Fallon who he would interview if he could interview anyone on The Tonight Show Starring Jimmy Fallon, and Fallon named his late mother-in-law, Juvonen’s mom.

“I’d like to have her look at me and talk to me and say like, ‘Hey that’s who your daughter married, and she’s good,'” he told Barrymore. Like only good friends can do together, the two pals began to cry.