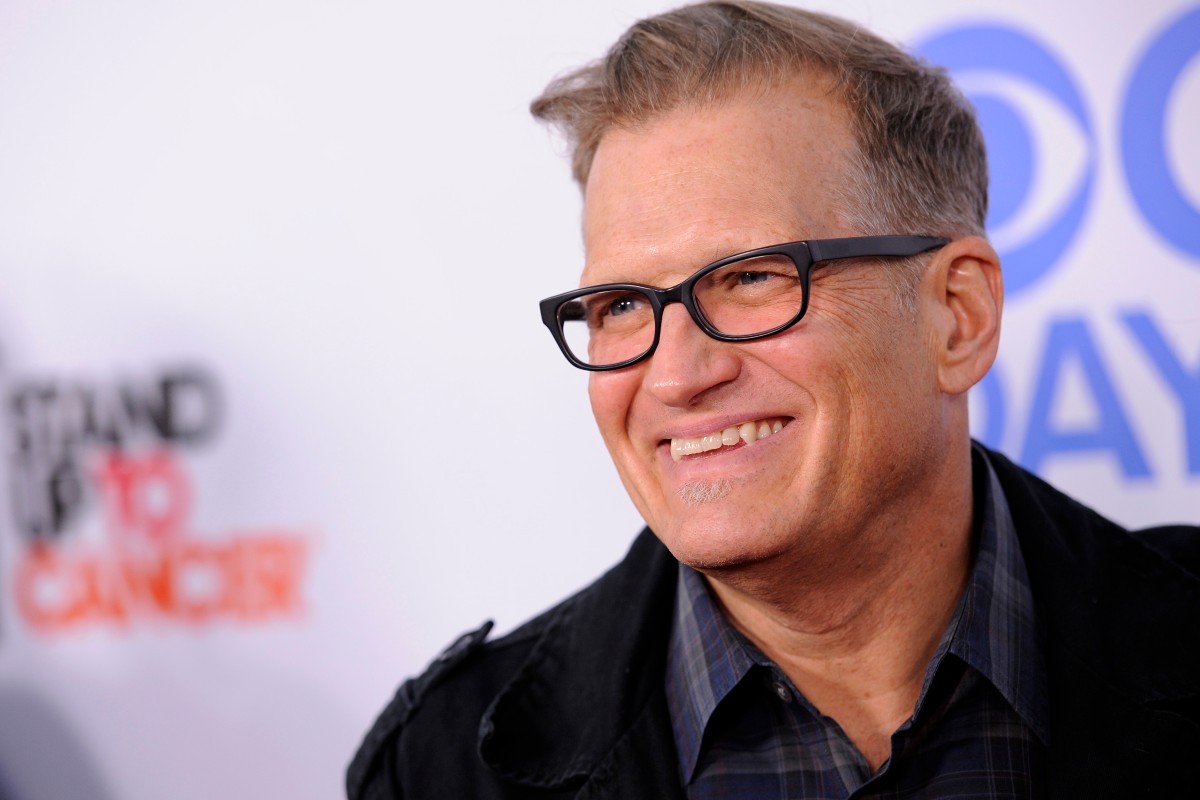 Dramatic weight loss has become increasingly common among Hollywood celebs — and it’s not always just for a movie role. Take, for example, John Goodman, who shed an impressive 100+ pounds by following a healthy Meddeteranian diet. Then, there’s Jonah Hill, who looks downright studly after dropping 40 pounds through regular jiujitsu practice. And then there’s Rebel Wilson, who declared 2020 the “year of health” and is targeting 165 pounds as her weight goal. Oh, and for my fellow Austin locals, have you seen the jaw-drawing 75-pounds-less-frame of super-funny-dreamier-than-ever Austin-based comedian Chris Tellez?

Total disclaimer: We know it’s not about weight loss so much as it is about being healthy and confident in your own skin.

For comedian Drew Carey, it was the determination to live long enough to see his son Connor graduate high school that drove him to torch his excess pounds. Read on to learn more about the funny man’s incredible weight loss transformation. Compared to his earlier career appearance, Carey is virtually unrecognizable.

How Drew Carey Packed on the Pounds

Carey’s career kicked off at comedy clubs in Cleveland and Los Angeles, before landing guest appearances on shows like The Tonight Show with Johnny Carson and Late Night with David Letterman.  By 1995, Carey had landed himself his very own sitcom: The Drew Carey Show, which aired on ABC between 1995 to 2004. But despite the success of the nine-season sitcom, Carey felt uncomfortable in his own body.

With his focus largely commandeered by comedy, Carey neglected his health — he resorted to fast food and became a heavy drinker. It was during the filming of the sitcom that the comedian began complaining of chest pains, Carey was diagnosed with heart disease.

During a hospital visit, doctors discovered that Carey had clogged arteries, and he had to have an angioplasty operation to keep him healthy. ?It sucks being fat, you know,? the comedian remembered at a CBS, Showtime, and The CW TCA Party in Beverly Hills. ?I was diabetic with Type-2 diabetes.

Spoiler alert: Carey was able to drop a lot of weight — 100 pounds specifically — between January and September and conquered diabetes. ?I?m not diabetic anymore,” he said proudly. “No medication needed.? Alright, so what was his secret? According to Carey, it’s all about cutting out carbohydrates. “I have cheated a couple times, he admitted. “But basically no carbs, not even a cracker. No bread at all. No pizza, nothing. No corn, no beans, no starches of any kind. Egg whites in the morning or like, Greek yogurt, cut some fruit.? (Show off).

As part of his low-carb diet, Carey snacks on fruit, and for dinner, he has grilled chicken and steamed vegetables. He also kicked the booze. ?I don?t drink anything but water,? he says. ?No coffee, no tea, no soda.?

According to Carey, routine workouts are almost as important as dieting. As he told PEOPLE, he does lots of cardio — at least 45 minutes of cardio,  ideally for six days a week. You can’t argue with his results: The once-husky comedian has shrunk from a size 44 pants to a 33-34.

?I like being skinny,? says Carey. ?I was sick of being fat on the camera. Really, I just got sick of it. Once I started losing weight, again, like once I started dropping a couple pant sizes, then it was easy ?cause once you see the results, then you don?t wanna stop.?

?I had to change my whole belief system [around dieting],? Carey said in an interview with Success. ?It wasn?t like, ?Eat this for 90 days and lose 20 pounds.? It was: ?Eat like this for the rest of your life.? I?m not a maniac about it? I mean, I was at a wedding on Saturday, and I ate cake. But 95 percent of the time, I?m right on the money.?

Today, Carey hosts The Price is Right, one of TV’s longest-running game shows. Judging by his appearance, he’s looking fit and healthy as ever.