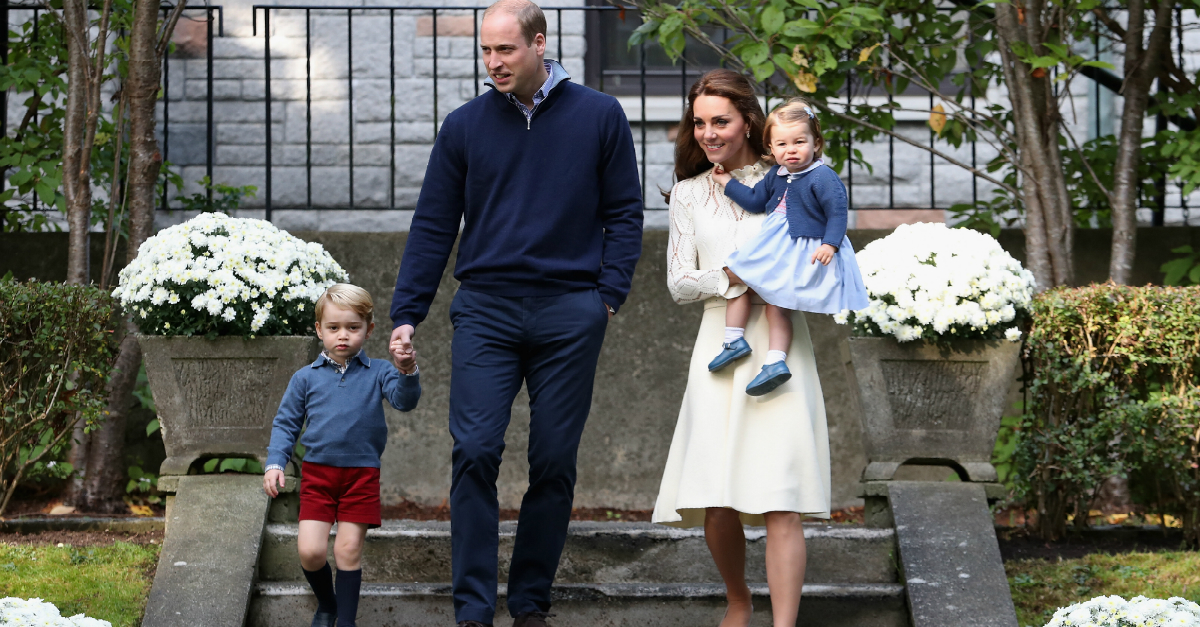 Catherine, Duchess of Cambridge has reportedly revealed that her husband, Prince William, had a tough time adapting to life as a father.

While talking to a single father during a visit to Family Action, a care center for expecting and new parents, Catherine — who is currently pregnant with her third child — reportedly told the father, Billy, that the William “did not know what exactly to do when he first became a father,” according to the Telegraph.

“She was saying William was sort of similar, and I just wanted to let her know how Family Action have been there for me and I think they need more support,” Billy, who suffers from depression and is raising a 7-month-old daughter, told the Telegraph.

RELATED: A relative of the world’s most beloved royal has confessed to drunken spousal abuse

“I was suffering from severe depression and I thought, ‘I’m not going to let my daughter go into care, I’m going to step up and do this.’ I managed to turn myself around,” Billy added.

The Duchess also talked to a mother of two named Michelle about her son Jacob’s love of planes. “She was asking about what Jacob liked and he said he liked aeroplanes and she was asking if he’d seen a Spitfire and we said we liked going to the Science Museum and RAF museum,” Michelle said. “She was saying how George likes helicopters, she was saying about the top floor of the Science Museum where the helicopters are.”

William and Kate’s third child is due in April 2018.