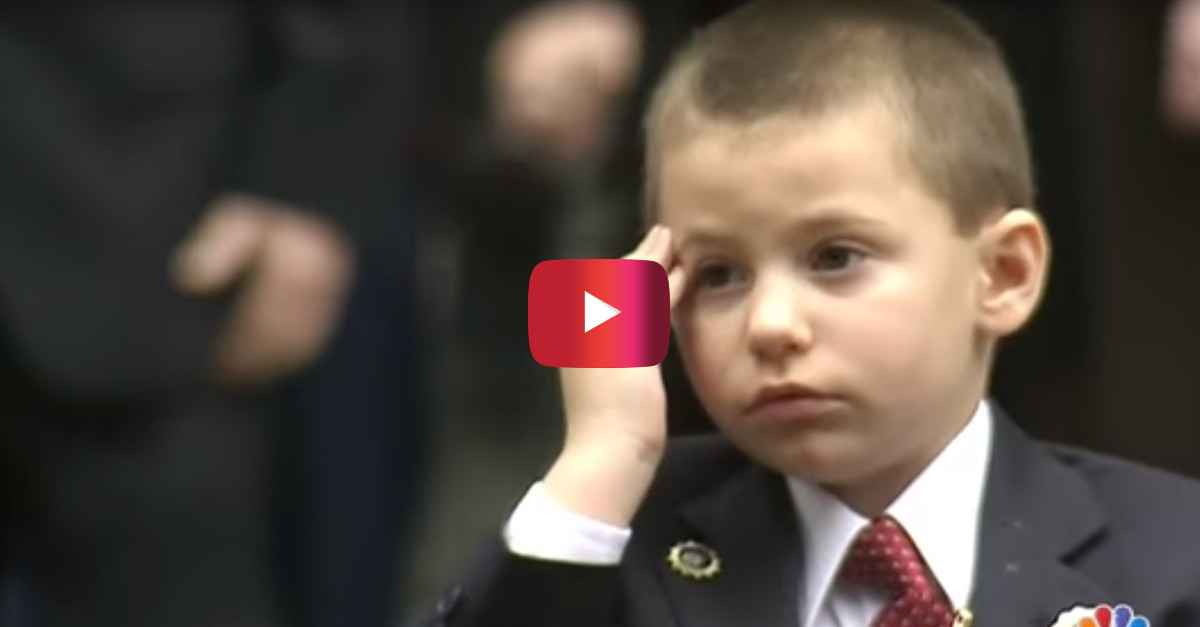 Detective Joseph Lemm is described as a hero by the New York cops and Air National Guard members who served alongside him. But no one looked up to him as much as his 4-year-old son, Ryan.

After Lemm was killed by a suicide bomber in Afghanistan on his third deployment, the funeral stopped Manhattan traffic as hundreds of service men saluted him. From atop a cop car, Ryan did the same, keeping his little right hand raised to his eyebrow. There is no way any salute could have meant more to Lemm.

“Today we say farewell to a hero of our time, and a hero for all ages, a patriot who centered his life on protecting others,” Police Commissioner Bill Bratton said. “The basic foundation of freedom is freedom from fear. That foundation is laid by people like Joe, one of too few who have been asked to do so muh, for so many, for so long.”