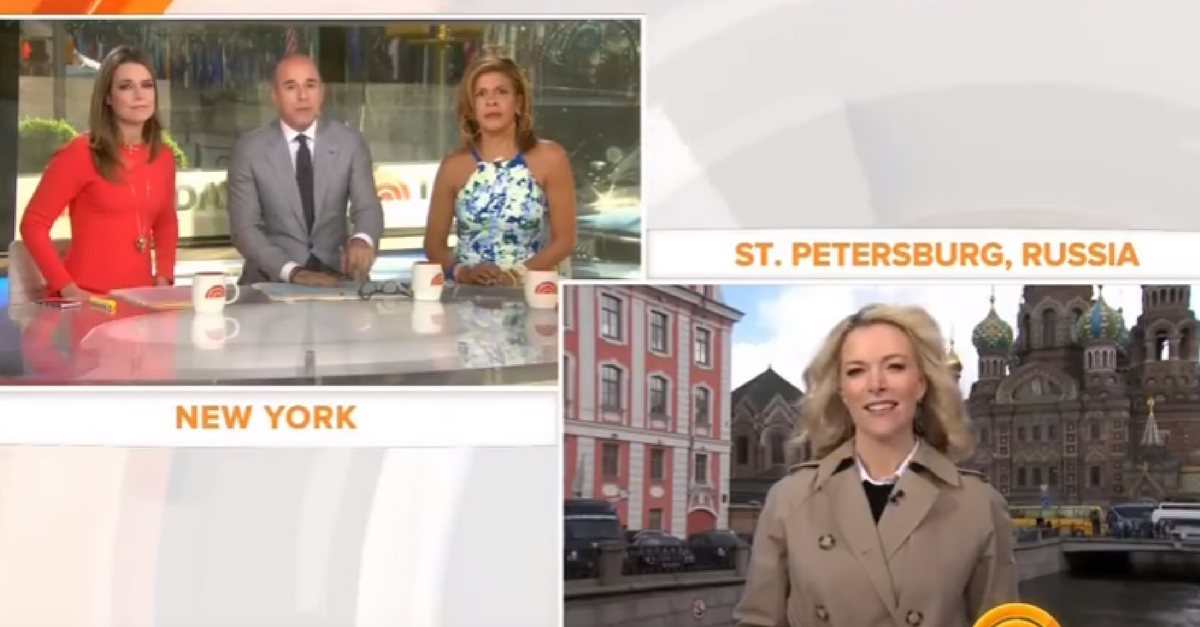 On Thursday morning, former Fox News host Megyn Kelly made her NBC News debut during a segment on “The Today Show.” For the most part, things went smoothly — but then Kelly accidentally snubbed co-host Hoda Kotb.

Kelly was reporting from Saint Petersburg, Russia, where she announced that she’ll soon be interviewing Russian president Vladimir Putin. When she addressed her co-hosts back in New York, she acknowledged both Matt Lauer and Savannah Guthrie, but forgot to greet Kotb.

“Hey guys, it’s great to be with you, Matt and Savannah,” Kelly said, neglecting to say Kotb’s name.

After that, Kotb’s expression quickly changed with her smile fading. She then jokingly threw her hands up in the air, but Kelly didn’t seem to realize she had just thrown some shade and continued on with her reporting.

Kelly’s new NBC show “Sunday Night with Megyn Kelly” is set to premiere in early June for a limited run over the summer. She will also host a daily “inspirational talk show” Monday through Friday.