Although the “Fast and Furious” films are known for their themes about family and unity, the behind the scenes drama tells a different story.

In late 2016, “Fate of the Furious” star Dwayne “The Rock” Johnson slammed some of his male co-stars in a scathing, since-deleted rant.

RELATED: The “Fast 8” feud between The Rock and everyone else continues now that Vin Diesel has responded

He posted on social media, saying, in part, “Some [male co-stars] conduct themselves as stand up men and true professionals, while others don’t. The ones that don’t are too chicken shit to do anything about it anyway. Candy asses.”

Just when the dust from that particular blow was thought to have settled, Tyrese Gibson — who plays Roman in the blockbuster franchise — reignited the feud in October by blaming delays on the series’ ninth installment on Johnson and a reported spin-off based on his character, Hobbs.

“Congratulations to @TheRock and your brother in law aka 7 bucks producing partner @hhgarcia41 for making the fast and the furious franchise about YOU,” Tyrese criticized in an Instagram post. “And like you, DJ even if they call I will not be deleting this post – Gn folks see you in 2020 April #FastFamily right? Nah….. it’s about #TeamDewayne #3yrs will it be worth the wait? #NoShaw just Hobbs will this be another #BayWatch?”

The series’ star, Vin Diesel, may also have thrown some Instagram shade at Johnson. He shared a photo of him, Gibson and the late Paul Walker, all of whom starred in the franchise — Johnson was not present in the photo. For the caption, Diesel simply wrote, “Brotherhood.” However, Diesel later posted again, writing about his “brotherhood” with Johnson and saying “it would be unfair to say it is anyone’s fault” that the next installment in the series was delayed.

Amid this recent round of drama with his co-stars, Johnson has been relatively quiet while promoting his other films. However, he finally addressed the controversy in an interview with Entertainment Weekly, though he opted not to name Gibson directly.

“At the end of the day, the only thing I want to do is make a great movie for the fans,” he shared. “I never ever get wrapped up in the sludge of the bullshit that can be connected at times to a franchise. So I never get dragged into it. I never respond to any of that.”’

As for his decision to go out on his own, he told the publication that the only thing he wanted out of the series was to “elevate the franchise,” and to do so, they needed “characters that can live on their own.” Johnson has definitely learned to keep his shade subtle. 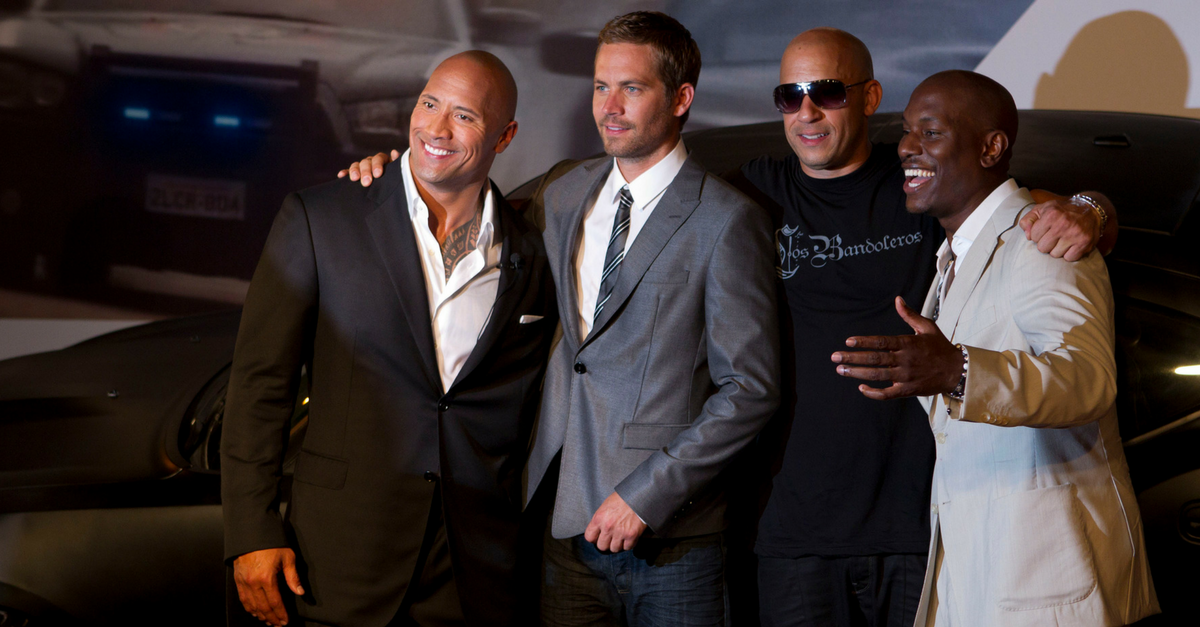