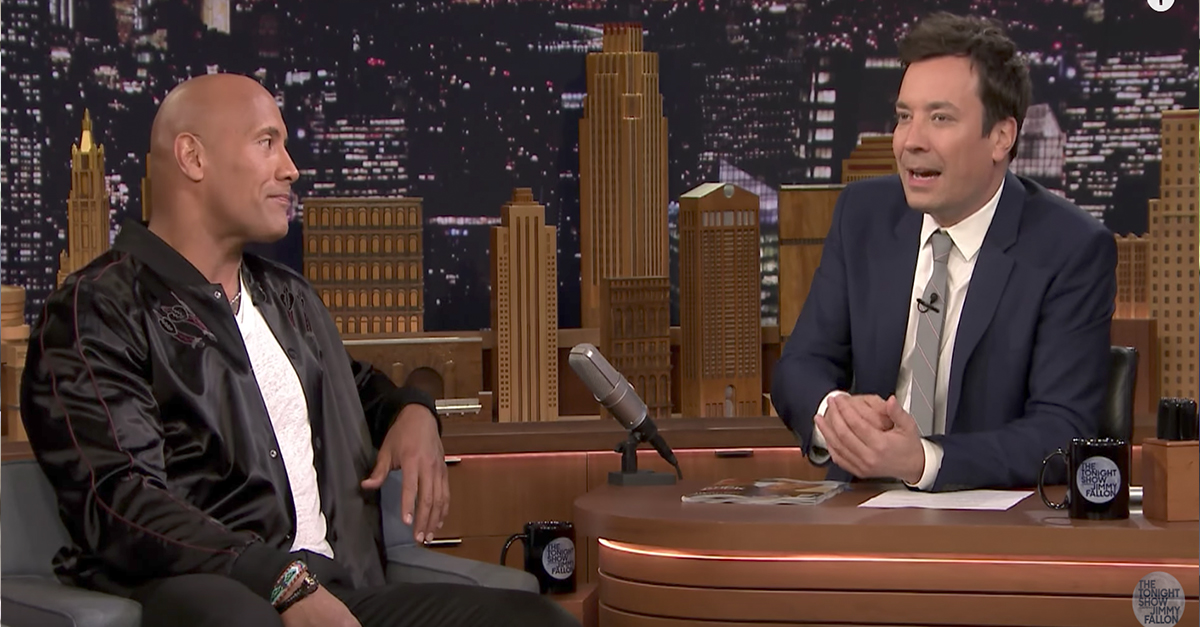 On Thursday night’s edition of “The Tonight Show Starring Jimmy Fallon,” Dwayne “The Rock” Johnson appeared to promote his hosting stint on the season finale of “Saturday Night Live.”

Conversation turned to recent Internet pleas for Johnson to run for President of the United States in 2020. Though it at first seems that Fallon and Johnson are joking about the prospect, Johnson got serious when discussing the possibility.

“I?ve been really been blown away, and it?s so flattering,” Johnson said of a recent poll that showed he would beat President Donald Trump in a head-to-head election.

RELATED: Dwayne ?The Rock? Johnson reveals he is actually considering a run for President someday

Johnson told Fallon that he loves caring for people and that it resonates with his fans.

Before the conversation changed, Johnson seemed to give a strong indication that he is at least considering it.

“And I?m very flattered by it. Three and a half years is a long ways away. So we?ll see.”

RELATED: The Rock just got endorsed by an old friend for his potential presidential campaign.

Earlier this month, Johnson detailed his thought process in an interview with GQ.

?I think that it?s a real possibility,? he said in the interview. ?A year ago, it started coming up more and more. There was a real sense of earnestness, which made me go home and think ?Let me really rethink my answer and make sure I am giving an answer that is truthful and also respectful.’?