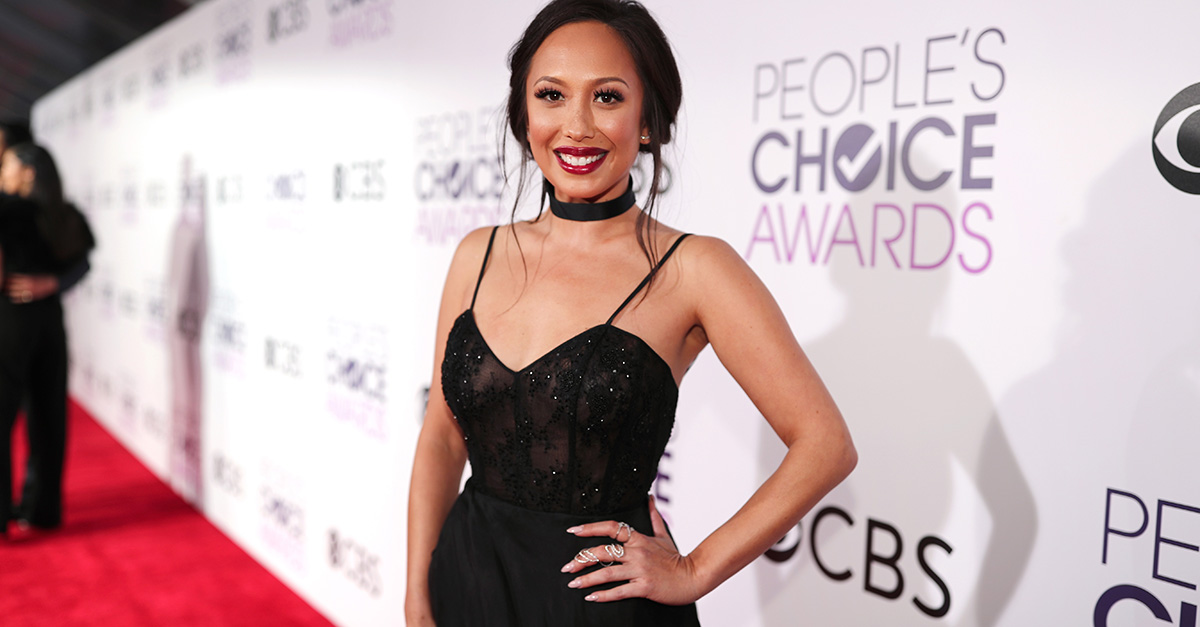 Cheryl Burke is showing her support for the many Team USA gymnasts who have come forward with allegations against team doctor Larry Nassar.

The “Dancing with the Stars” pro took to Instagram Thursday to applaud the women who have shared their stories as his trial continues.

“I’ve been following what has happened with the US women’s gymnastics team and I wanted to take a minute to commend these young women for sharing their stories. I too have had to sit in a court room [sic] in front of the man who sexually abused me, and share my experiences. I [know] that what you are doing is not easy – it takes tremendous courage. Thank you for breaking the silence and showing other women that they too can stand up for themselves and for others,” Burke wrote adding a heart emoji.

Maroney’s account of the abuse was read for the court on Thursday.

“I remember watching the 2004 Olympics. I was 8 years old, and I told myself that one day I would wear that red, white, and blue leotard, and compete for my country,” she wrote. “Sure, from the outside looking in, it’s a remarkable and amazing story. I did it. I got there, but not without a price,” she wrote.

On Jan. 18, USA Gymnastics decided to cut ties with the famed Karolyi Ranch in Texas, which previously produced many Olympic athletes and where some of the gymnasts said that the alleged abuse took place.

USA Gymnastics President Kerry Perry said in a statement that the organization has decided to “terminate its agreement” with Karolyi Ranch.

“It will no longer serve as the USA Gymnastics National Team Training Center,” she wrote, according to NBC News. “It has been my intent to terminate this agreement since I began as president and CEO in December. Our most important priority is our athletes, and their training environment must reflect this. We are committed to a culture that empowers and supports our athletes. We have cancelled next week’s training camp for the U.S. Women’s National Team. We are exploring alternative sites to host training activities and camps until a permanent location is determined. We thank all those in the gymnastics community assisting in these efforts.”

Magnificent Seven gymnast Dominique Moceanu, who competed in the 1997 Olympics in Atlanta and previously accused the Karolyi’s of physical and emotional abuse, took to Instagram following the news to commend USA gymnastics for their decision.

“With all my heart I stand in support of all of the heroic women who have come forward and shared their stories of abuse. And I’m relieved that none of them will ever have to go back to the Karolyi Ranch – the site where so many were assaulted. I have high hopes for a brighter future for our beautiful sport – and safer spaces for young athletes everywhere,” Moceanu wrote on Friday.