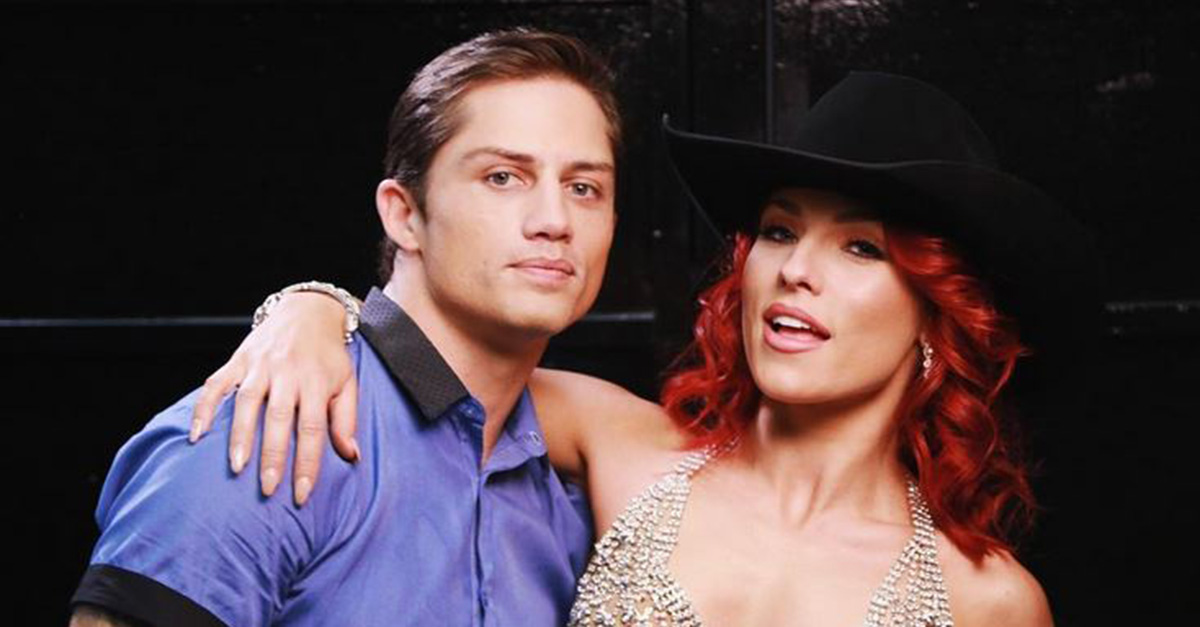 Things appear to be heating up between Sharna Burgess and Bonner Bolton.

The “Dancing with the Stars” duo ignited romance rumors after their chemistry-fueled performance on the season 24 premiere, and things appear to be getting hotter!

According to E! News, the pair was caught canoodling at the Cowboy Palace Saloon in Los Angeles on Tuesday night. Bolton reportedly kept his arm around Burgess and whispered into her ear — very flirty behavior, according to onlookers.

“He seems especially doe-eyed ? and she certainly doesn’t seem to mind the attention,” a witness revealed.

While they were reportedly filming a segment for an upcoming episode of the show, there was no denying their chemistry.

Burgess shared a few of her own snaps from the evening on Instagram, but kept things PG in solo shots of herself hanging out at the cowboy-themed bar.

Fixin ta get me some of these here boots y'all 😉🤠💋(how'd I do?) #cowgirlinthemaking #teamdenimNdiamonds

She did bring up her partner in one post from the night, writing, “I admire the determination and confidence of the American Cowboy, and I see so much of that in Bonner. He is working so hard on our Vienesse waltz, he seems more comfortable with the classic styles than the sexy Latin styles…. go figure!”

RELATED: People are losing it over how Kristi Yamaguchi wished fellow former figure skater Nancy Kerrigan good luck ahead of her ?DWTS? debut

Diving into and exploring a new culture I knew very little about has been absolutely incredible. I admire the determination and confidence of the American Cowboy, and I see so much of that in Bonner. He is working so hard on our Vienesse waltz, he seems more comfortable with the classic styles than the sexy Latin styles…. go figure! I really can't wait for "y'all" to see what we have in store for you this week 😉 #teamdenimNdiamonds

Following their steamy performance this week, Burgess addressed the obvious on-air chemistry in a post-show interview.

?I think everyone made such a big deal out of it tonight that both of us were a little bit speechless [?] I?ve never blushed on this show, ever in my life, and I legit blushed tonight because I didn?t know what to say,? Burgess said. ?Obviously we have chemistry. We?re not going to stand here and lie and say we don?t, but everyone made such a big deal tonight that I didn?t really know what to say to it.?