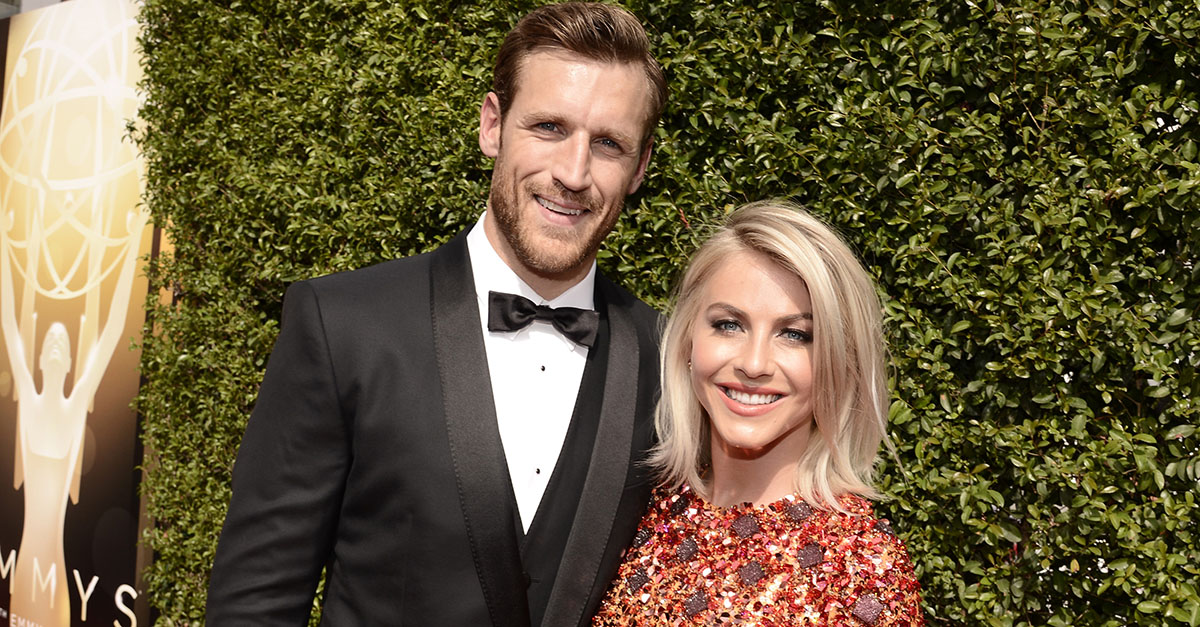 Julianne Hough is officially a Mrs.!

According to PEOPLE, the “Dancing with the Stars” judge wed her hockey-playing fiancé in a romantic ceremony near Coeur d’Alene, Idaho. The couple reportedly exchanged vows in front of 200 guests, including Hough’s brother Derek Hough, Nina Dobrev, “DWTS” pro Mark Ballas and actor Aaron Paul.

Huge congratulations to #JulianneHough—the star is now Mrs. Laich! 💕 The #DWTS judge and NHL star Brooks Laich wed in an intimate, outdoor wedding in Idaho on Saturday. Tap the link in the bio for all the details! |📷: © Julianne and Brooks Laich. All rights reserved. Photographed by Sarah Falugo

“I don’t think I ever really necessarily dreamed about my wedding as a kid,” the bride told the publication. “But I know I will always cherish and remember it for the rest of my life.”

The couple wed in an outdoor ceremony surrounded by roses and tulips, wild grass and boxes of blooms.

“It was really important to me that we had our ceremony outdoors,” Laich said. “Julianne and I are very adventurous and free and wanted the setting to be in nature.”

At the end of the lavish bash, guests enjoyed a fireworks display.