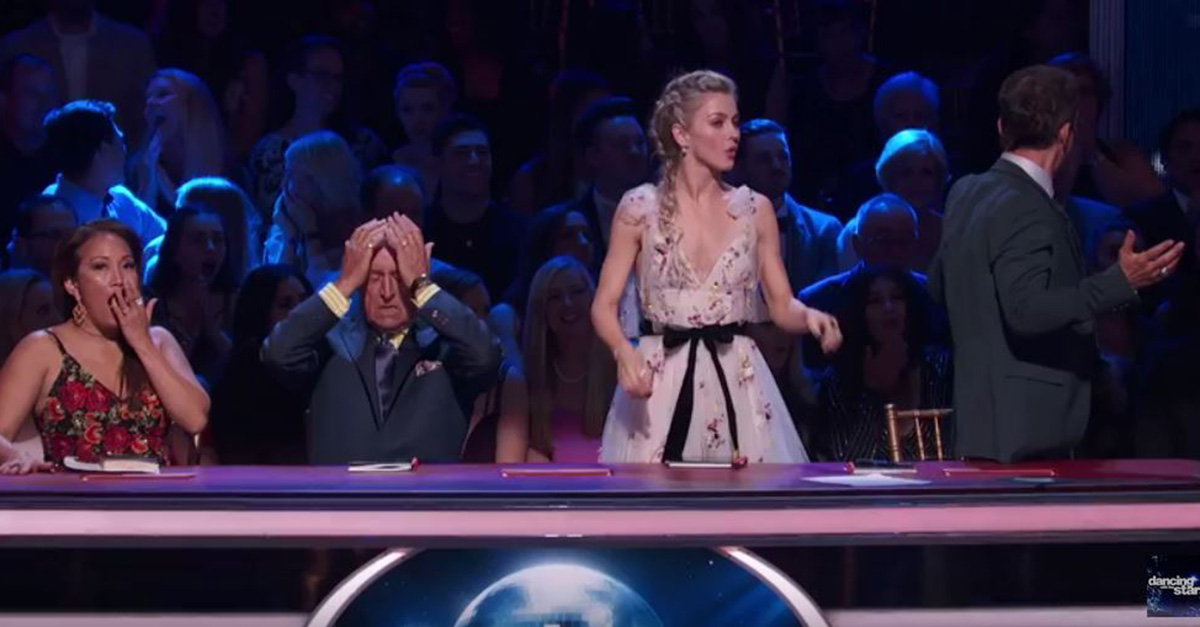 On Monday night, the final four celebrities, Biles, Normani Kordei, David Ross and Rashad Jennings danced their hearts out in the season 24 semi-finals.

When it came down to elimination, Jennings and Kordei moved on to the finale and Biles and Ross were in the bottom two. As soon as host Tom Bergeron announced Biles was out of the competition, the look of shock waved over the crowd of faces. Even the judges stood and expressed their surprise.

Despite the shock of the news, Biles kept a bright smile on her face.

“I’m just thankful to be at this competition. I feel like I’ve learned a lot about myself. I’ve matured. And I can’t wait to go home and I’ll be back next week at the finale,” she said after the elimination.

Biles and Farber hugged as the credits rolled.