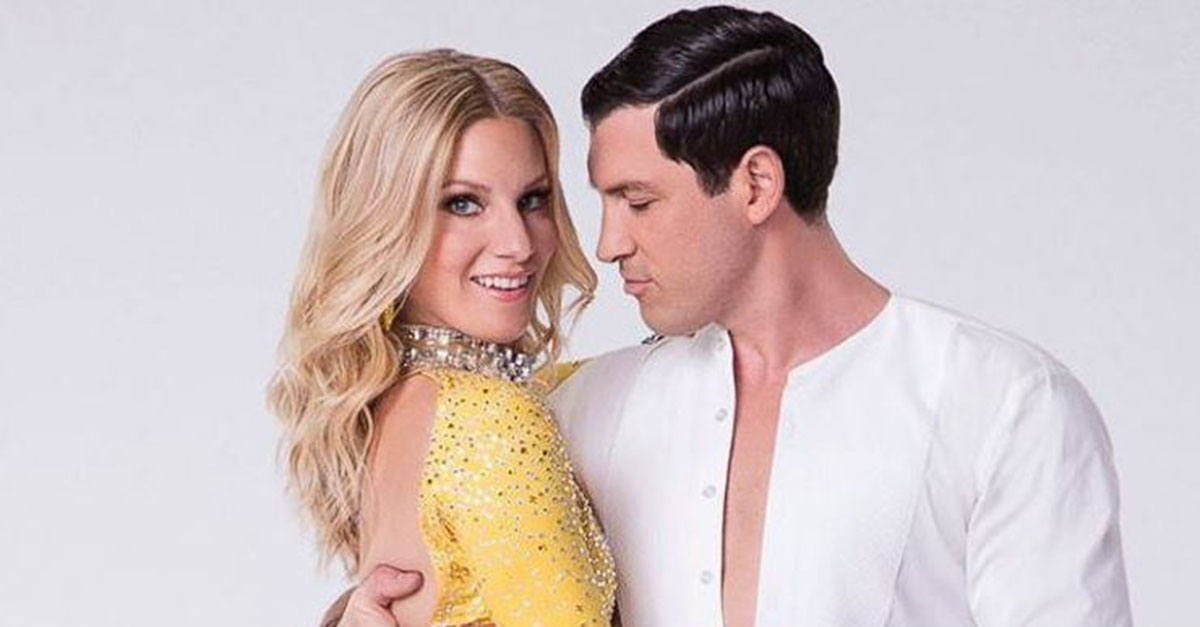 Maks Chmerkovskiy will be back in the ballroom for the first time since welcoming his son Shai, and his return is already packed with controversy.

Chmerkovskiy will be paired with “Glee” alum Heather Morris for season 24. “Dancing with the Stars” fans are already voicing concerns, because before she was on the Fox series, Morris was a professional backup dancer for Beyonce and even appeared on “So You Think You Can Dance.”

Chmerkovskiy appeared on “The View” and addressed fans’ concerns.

RELATED: After a little girl was viciously attacked by a dog, Shaquille O?Neal gave her family a gift they will never forget

“The perspective that I put in my own head to justify this is that the show is a platform for people from all walks of life to come on and present themselves. For the first time in 24 seasons, someone from her profession comes in,” he said. “This is essentially a dancer was invited on ‘Dancing with the Stars’ as a celebrity. We’ve had people on the show with just as an extensive dance background. The pressure is going to be bigger.”

“It could be harder on her, in a way,” Joy Behar added.

But Chmerkovksiy admitted it is Morris who has been calming him down during rehearsals.

RELATED: Fresh off his engagement on ?The Bachelor,? Nick Viall meets Peta Murgatroyd and her baby on ?DWTS?

“Dancing with the Stars” is a family affair for Chmerkovskiy, as his fiancee, Peta Murgatroyd, and brother, Val Chmerkovskiy, will both be competing this season. He has one Mirror Ball trophy, while Murgatroyd and Val each have two. Even baby Shai has his own tiny Mirror Ball, because his mom was eight weeks pregnant with him when she won!

“He got one before even being born, and I only have one after 10 years on ‘Dancing with the Stars!'” he joked.

“With all of you battling it out, who’s gonna win?” she asked.

“I hope I will!” he joked. He took a moment to gush about his fiancee’s comeback to the season. “It’s beyond how I imagined it. What women go through, what you guys go through with having kids. I had no idea!”

“You thought it just walked out?” Whoopi Goldberg quipped.

“I expected a lot of stuff. I did not expect all of this!” Chmerkovskiy admitted.