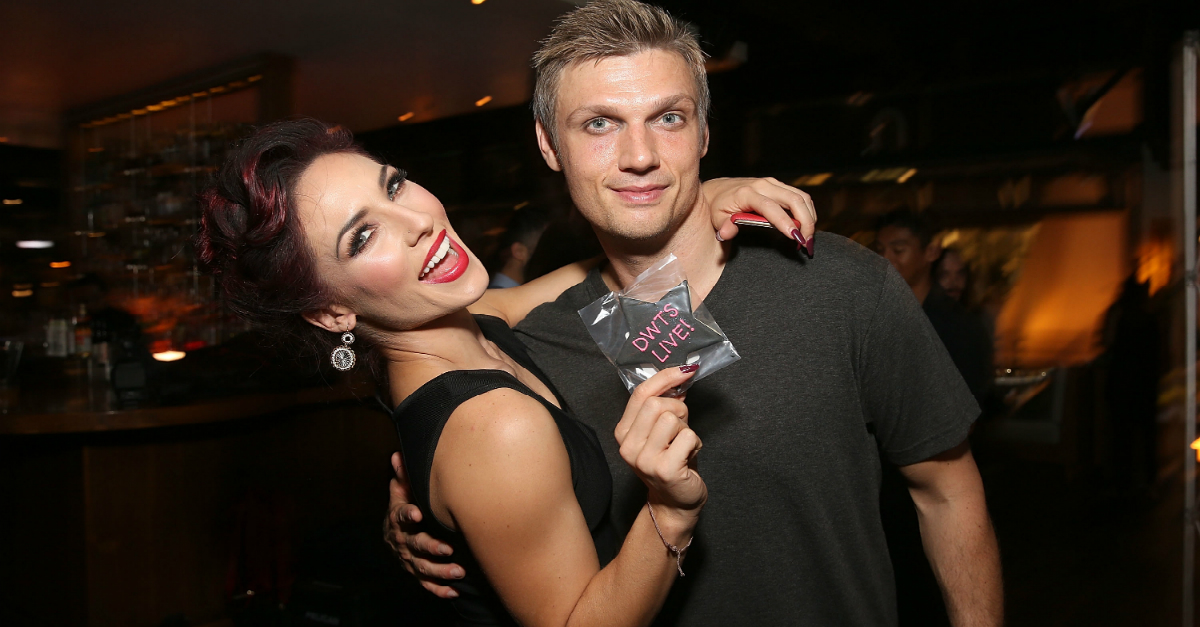 Australian pro dancer Sharna Burgess took to Twitter to defend her former “Dancing With The Stars” partner Nick Carter in the wake of the sexual misconduct allegations made against him.

In the first video, Sharna insisted he was not ?victim-shaming,? wass merely supporting her friend, and fellow runner-up on 21st season of “DWTS” in 2015.

?From day one, he was just incredibly sweet and understanding of what it was that we had to do,? the dancer went on. ?He was very accepting of me bossing him around every day. ? But what I loved about Nick, too, was that he always took ownership of the things that he?d been through — the darkness in his history, the mistakes that he?s made — he wanted to be very open about them and how he felt about them…?

She continued her defense by explaining that Carter always treated everyone with respect.

?No one got more attention than the other,? she said. ?Not once did he ever speak to anybody badly, demand anything, become a diva, show anything ugly other than just absolute gratitude for being there, for having made it that far, and just a passion for working hard and trying to do better.?

Part 1. These are only my thoughts, this is not victim shaming, y’all know me and I would never. Just because I support Nick, doesn’t mean I don’t support female empowerment or #metoo. They are both movements that I am a part of, here for and proud of. pic.twitter.com/J8Gz7dczhv

Former Dream singer Melissa Schuman accused Carter of raping her in 2002 and alleged that his legal team silenced her in a graphic blog post this earlier this year.

In the lengthy post, Schuman explained that her management team set her up with Carter after he took interest in her. However, she had a boyfriend at the time, so they did meet again for a few years when she was 18, he was 22 and they were cast in the same made-for-TV movie. Carter invited her and a friend over to his Santa Monica apartment to hang out with him and his friend, according to Schuman.

After drinking alcohol, he and Schuman kissed in his office. He then brought her into a bathroom where he allegedly forcibly performed oral sex on her and forced to her reciprocate after ignoring her many pleas for him to stop. Afterwards, Schuman said Carter took her to a bedroom and raped her even after she told him she wanted to wait until marriage.

Carter has since denied the accusations.