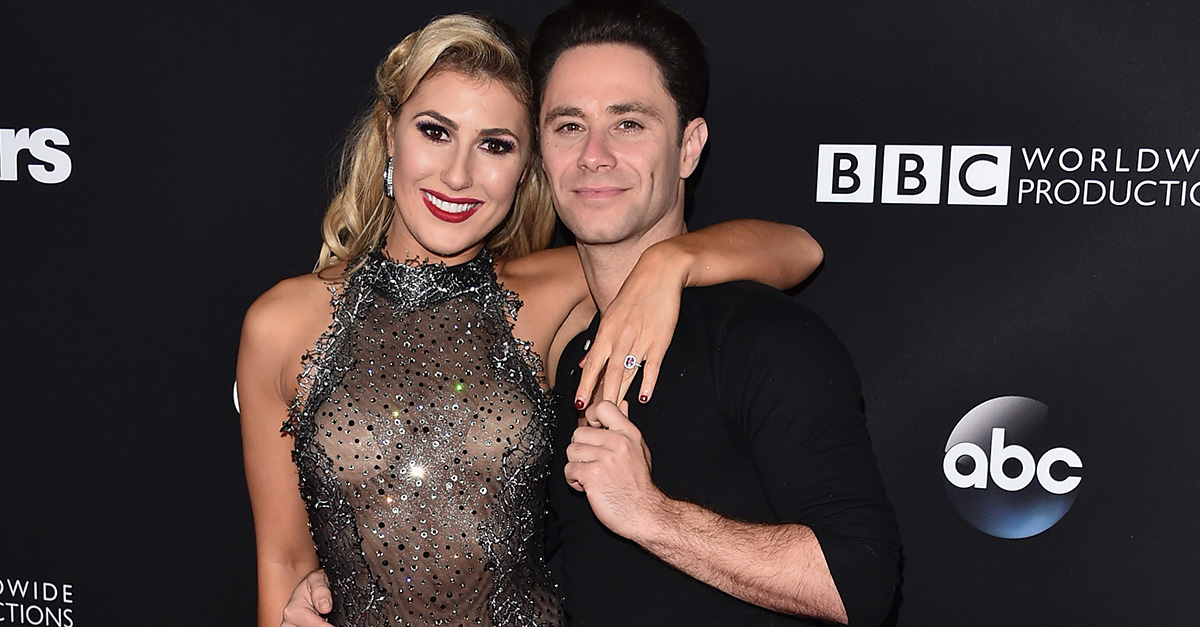 The wedding plans are on hold for Emma Slater and Sasha Farber.

According to PEOPLE, the “Dancing with the Stars” lovebirds are in no rush to head down the aisle.

“Wedding plans have kind of been put on the back burner,? Farber said at Monday night’s season 24 premiere. “We?re just so busy!?

Last fall, Farber proposed to his longtime love live on air in front of the entire studio audience and viewers at home. They reportedly talked about having a fall 2017 wedding, but decided to postpone things since they are both competing on season 24 of the dancing reality series.

RELATED: The chemistry between this ?DWTS? pair is almost too hot to handle and fans can?t stop talking about it

?We were thinking August, right? But it?s kind of wedding season. A lot of people getting married over this summer,? Slater added. “Selfishly, I think I kind of want to stand out a little bit. So now I?m thinking maybe next year.?

Her co-stars Peta Murgatroyd and Maks Chmerkovskiy are set to wed this summer, and judge Julianne Hough is also planning a wedding this year.

?I kind of just want a fairy godmother to wave her wand and for me to turn up and have a great party and then get married and then kind of be done with it. Is that just anti-romantic?” Slater joked about the wedding planning process.

?I want to do something different,? she added. ?I want to be that couple that makes people go, ?Oh my god! Did you go to that crazy wedding?? I definitely have some surprises for Sasha planned already ? but don?t mention it to him!?